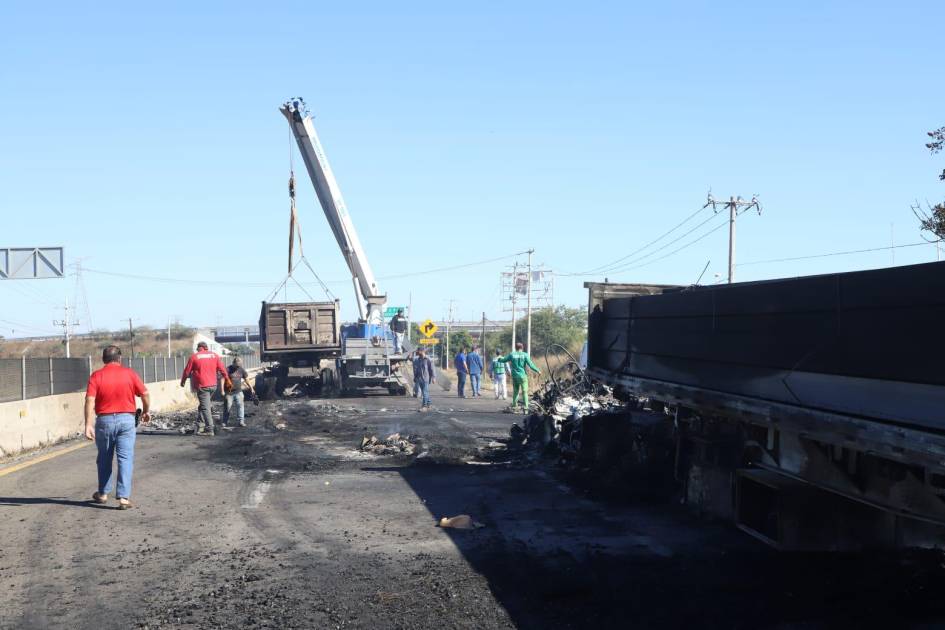 CULIACÁN._ The governor of Sinaloa, Ruben Rocha Moya, announced that the violent day that the state experienced this Thursday ended at around 8:00, since there are no longer any armed groups on the move.

The head of the government of Sinaloa said, “Calculating, checking to publish the situation, realizing the opinion that the police and military commanders have to determine.”

“The latest action we are taking to restore normalcy is the action on the issue of scrap metal and garbage removal, which has just been done with a crane. We no longer have armed groups in the city.

Governor Rocha Moya explained that the public can remain calm as security officials have already called off the operation that began on Thursday morning.

“I said yes. Tomorrow we can go to work on the last day of the week, so that we are on the safe side.”

“Thank you for the responsibility with which you have behaved, we have desolate roads and it is very important not to cause any damage.”

According to the results presented by the governor, a total of 250 vehicles were stolen, 29 were injured, 8 of whom were civilians, and at least 4 elements of federal and state security forces were killed.

“We have 250 stolen vehicles, they were the ones that were used and burnt on the roads. We had 29 wounded, 21 of them military or police from both the state and the National Guard,” said Rocha Moya.

The state president told that due to the incidents registered on this Thursday, people have been arrested only for dacoity.

“Arrests happen for dacoity, police were arresting some. We don’t know if there are more prisoners,” he said.

Guzmán López was transferred to Mexico City and is currently in Almoloa Prison.

In view of the arrest, armed groups blocked roads throughout Sinaloa, inciting armed conflicts and burning vehicles on public roads.

Rocha Moya acknowledged that he chose to stay out of the operation, which was led by a federal authority.