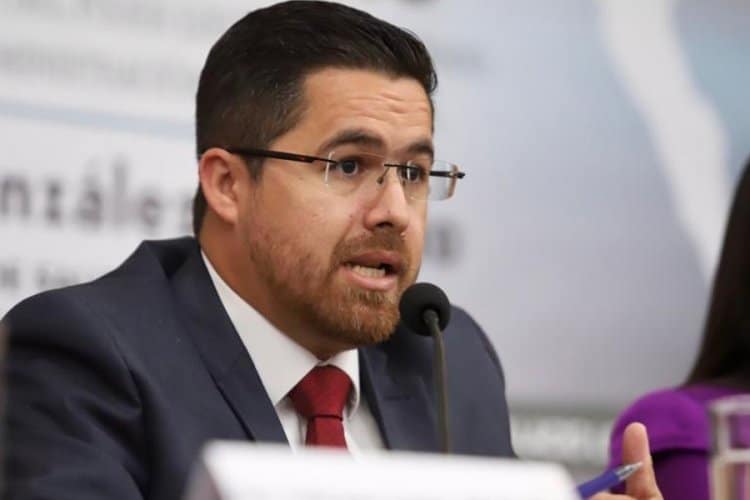 Cútlahuac González Galindo, Secretary of Health, appeared before Congress on the occasion of the gloating of Rubén Rocha’s first work report.

kutlahuac gonzalez galindohealth secretary to government sinaloaappeared before the State Congress in which he highlighted that during the first year of the government ruben rocha moyaThe main effort is focused on laying the foundation for implementing a health system that also guarantees focus on the new generation That in a few years he will be of productive age.

In his presence, on the occasion of the glowing of the first work report of Rocha Moya, González Galindo highlighted progress in healthHowever it identified some gaps, mainly in terms of infrastructure, care for some chronic degenerative diseases and mainly in terms of personnel development.

He stressed that one of the important advances universality of careespecially in free services, because he recalled that by the instruction of Governor Rocha Moya, all citizens visiting any of the more than 300 health units must have attended and covered their prescriptions in its entirety.

During the presence of Health Secretary Cuitlahuac González Galindo, representatives of Morena, PRI and PAS agreed to recognize the executive for providing job stability in the health sector.
more information:
??https://t.co/ScbeVNehHc
?https://t.co/MBnqYm3Pcs pic.twitter.com/Bjl3FwyzX5

– Congress of the State of Sinaloa (@congresosinaloa) January 17, 2023

The state official was questioned about issues such as COVID-19 vaccination coverage, progress in infrastructure, as well as Sinaloa’s position in terms of morbidity and mortality, and although he noted that there are some programs that depend on the federal plan highlighted the efforts of the State Government to meet the urgent needs like cancer care in various manifestations, Equipping medical units to extend care.

exposed the treatment case against cervical and breast cancerSince a special area has been created to detect it, and anyone who suffers from it is immediately treated completely and free of charge at the Sinaloan Institute of Oncology.

About health workersthe secretary of state said 500 bases awardedwere made in full compliance with the law and the commitment of 500 more proposed by the Governor will also be made in strict adherence to the regulations, respecting benefits, loose and all rights earned by the workers in the sector.

Furthermore, in terms of attention, González Galindo said that he has been allocated Exceptional resources to attend to weak areas Among the population, an example, are minors when the need for cleft palate, cochlear implants and heart surgery was raised with the governor, resources for which were not budgeted for, however, Ruben Rocha Moya allocated a special budget for the care of minors. These conditions require care.

And part of this program to take care of minors, Additional Secretary Gonzalez, is that resources are being managed for this year 2023 so that every child born sinaloa Complete neonatal studies are carried out thus guaranteeing healthy and productive future generations.