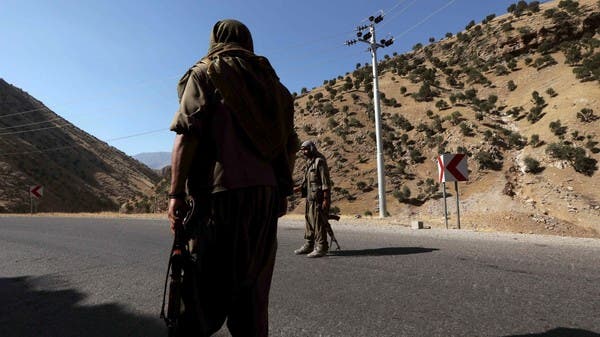 At least six people, including three civilians, were killed in drone strikes targeting Kurdish rebels in northern Iraq on Saturday, with local officials and rebels blaming Turkey for the attack.

A medical source confirmed that the bodies of two civilians were brought to Chamchamal Hospital.

A PKK spokesman said: “Three … the guerrillas were targeted by Turkish armed drones and heavily wounded. When civilians rushed to their aid and took them to hospital, they were also targeted by drones. Three. Two civilians lost their lives along with the injured guerrillas.”

The camp, which houses Kurdish refugees who fled Turkey in the 1990s, has been a frequent target of attacks by the Turkish military, who claim it has become a recruitment ground for the PKK.

He also has complicated relations with officials in Iraq’s autonomous Kurdish region, who have an uneasy relationship with the PKK.

In December, three Turkish soldiers were killed in an attack in northern Iraq, for which Ankara blamed the PKK.

Last August, at least three people were killed in a Turkish airstrike on a clinic in northwestern Iraq where a wounded PKK officer was being treated.

After becoming a player and coach, Jason Hamilton’s third move as a radio analyst marked his legacy with the UW Huskies.

A fortune teller bought $ 50,000 from a woman to get rid of the parasites and the curse, police said