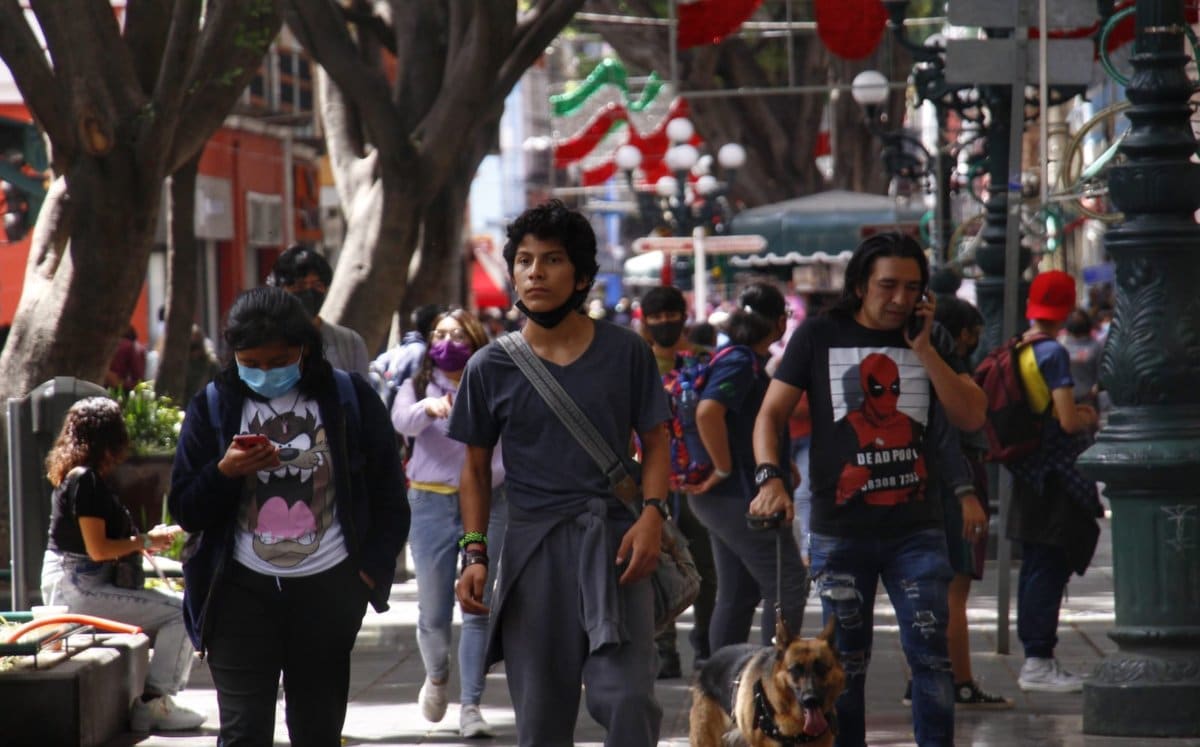 The sixth wave of infection of Kovid-19 has started in Mexico Samuel Ponce de León, coordinator of the University Health Research Program at the National Autonomous University of Mexico (UNAM), said the serious concern is that there could be a simultaneous spread of other viruses and respiratory diseases saturating hospital services in 2023.

“The current respiratory infection pandemic, which makes up the sixth wave of the pandemic, is more complex because it is linked to COVID, because influenza is involved, and because other respiratory viruses are involved,” he explained in a video released by UNAM.

The expert assured that the sixth wave of infection started from 24 October.

Ponce de León said that, based on epidemiological reports from the Ministry of Health, from October 11 to October 24, it registered 2,943 active cases, and from November 22 to December 5, this increased to 13,722, an increase of more than 10,000 cases. represents growth. About a month and a half.

“This is a wave that is being configured in a different way. Infections are not as severe or as deadly as other waves were,” he explained.

in interview with MillenniumJorge Luis Sandoval, a pulmonologist at the National Institute of Respiratory Diseases (Inner), explained that “we should be aware of upcoming outbreaks during the first three months of the coming year. I do not think that new etiological There will be new agent notices that we don’t know about, but we must be vigilant.

Pulmonologists warn that in the United States something is called “covid-flu: Covid with the flu”.

Inner has 170 beds and as of now 40 per cent are already occupied.

“Right now our cases in the Inner have increased a bit. Respiratory infections account for about 40 percent of our business. “Many infections are not necessarily viral. If you have a patient with chronic obstructive pulmonary disease, fibrosis, or lung cancer, they may have pneumonia, bacterial or fungal, and they get confused, believing that it’s is viral. They are admitted to our hospital. With that presumptive diagnosis, wi When it comes to cultivating it, it is known whether it has a battery or a fungus.,

For the time being, the death rate has not increased; However, given the determination of some institutions and individuals to make safety measures more flexible, such as the use of face masks, There may be an increase in patients during these December holidays.,

“Since 2009 when the Influenza (A/H1N1) started, we have always been prepared for what is called hospital reconstruction, all hospital areas of the Inner, say, with the alert that if it is necessary That only the pavilion should be made infectious respiratory disease, it has to be done. luckily we’re not in that position yet“, Told.

Before Kovid-19, the death rate due to infection was not more than five percent. With the SARS-CoV-2 pandemic, it rose to 60 percent during the first weeks of 2020, which “scared us a lot and after a year and a half we brought it down to 30 percent.”

With new drugs and enough oxygen, he said, currently “we are able to reduce the mortality rate due to Covid and influenza to less than 20 percent, but we are talking about the fact that we are receiving very complicated patients.” We do. This is not the same rate for the General Hospital of Mexico or Mexico City”, he clarified in an interview.

More than 3,000 cases of influenza have been reported at Sanofi

In addition, the number of suspected respiratory diseases is close to one lakh.

“Yes, we did the comparison. Last whole year it closed with 3,176 cases. All seasons, means October 2021 to April 2022. This year, we already have 3,586 in the first eight weeks.“If we are strict with the numbers, it means that in the first two months, We already have more than the total that was confirmed last season,

The World Health Organization reported that the Covid virus kept the population in isolation for a long time and that quarantine, barrier control measures, hand washing and the use of face masks decreased the spread of the respiratory virus.

“Once we have released the control measures, with people moving in and out, we are facilitating an increase in the number of infections of these viruses, which is highly dangerous compared to the Christmas festivities.”

Experts pointed out that even though this new wave may be less lethal, antibiotics were overused during the Covid-19 pandemic, Due to which bacterial resistance went up from 20 to 40 percent.

And this will have serious consequences in the future, especially for many years Medicines have not been developed to deal with the new infections.

The fear is that a resistant infection will occur, lead to a month of hospitalization and, in the worst case, lead to death.

Francisco Javier Siance, otolaryngologist and head and neck surgeon, explained that 95 percent of respiratory infections are caused by viruses, so antibiotics should not be used.

In 2020, about 14 million of these infections were recorded in the country, most of them among children aged one to four years and those above the age of 60 years. Only five percent of the total may develop complications, such as inflammation of the ear or nose or pneumonia.

The expert warned that those affected should see a doctor immediately in the first days of symptoms.