Snow in the United States: When will it happen and which states should be on alert? 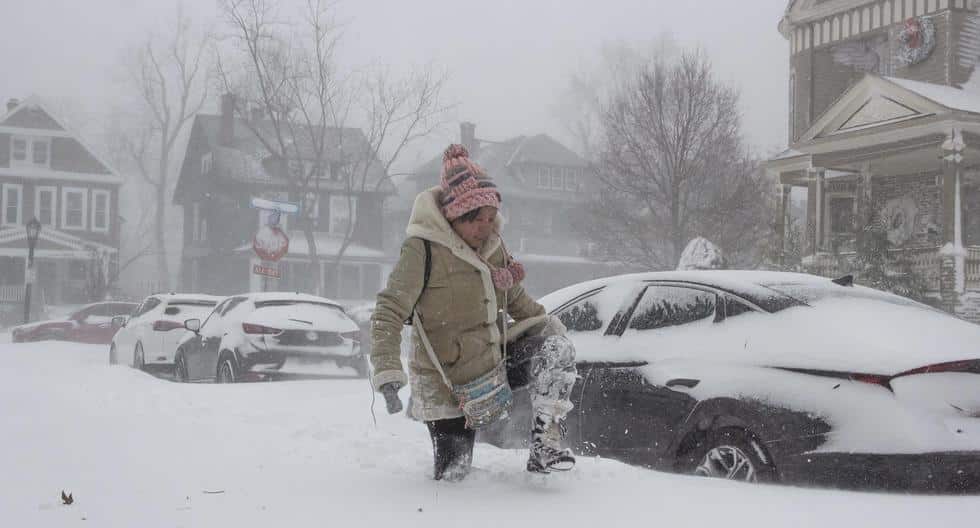 For this reason, we have prepared a note with the dates and states affected by this storm, which will keep citizens in their homes due to the high accumulation of snow, among other weather conditions that will affect the population.

A winter storm warning is in effect for central and southern Minnesota from Monday night through Tuesday night, with gusty weather expected in various parts of the state.

Additionally, the National Weather Service announced that more snow accumulation is expected in northwestern Iowa and parts of northeastern Nebraska and southwestern Minnesota.

“Some snow accumulation greater than 0.25 is expected which could cause power outages and tree damage, as well as hazardous travel,” NWS noted.

The highest expected snow accumulation is concentrated over parts of NW Iowa and NE Nebraska/SW Minnesota. More than 0.25″ of snow accumulation is expected, which could result in dangerous travel in addition to power outages and tree damage. (4/6) pic.twitter.com/QD8vAxjwac

The alert specifies that snow will increase further into Monday night, with temperatures near freezing point. Rain and freezing rain can mix, thus affecting the potential snowfall.

“The largest accumulations of snow and ice are expected this afternoon through Tuesday morning. Severe thunderstorms with tornadoes, some strong and damaging winds are expected across the Arkletex area and the mid-south.”He warned.

A multiple-threat storm will bring heavy snow, sleet and snow to the North/Central Plains and Upper Midwest. Severe thunderstorms w/tornadoes are possible in the Arclatex area and across the central-south, some strong and damaging winds. 4-Heavy mountain snow in the corners. pic.twitter.com/kfqMrqINNq