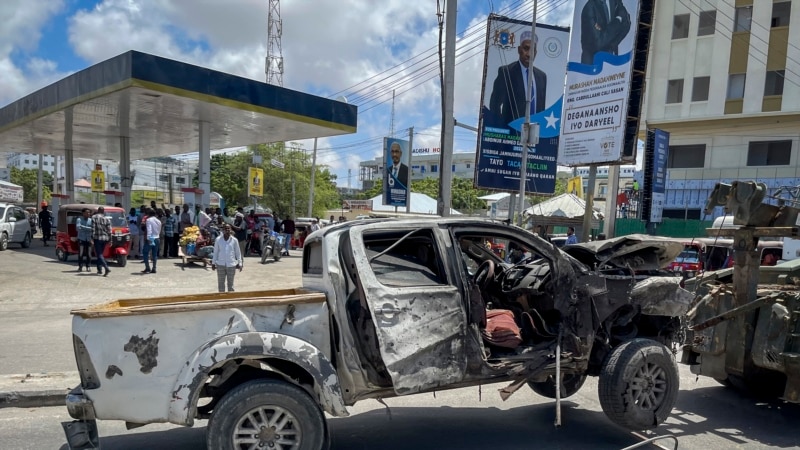 A police spokesman in Somalia says a suicide bombing near Mogadishu airport, the site of Sunday’s presidential election, has injured seven people. Other police sources say that at least three people, including two security personnel, were killed.

Somalia police say a suicide bomber blew himself up at a security checkpoint near Mogadishu’s international airport on Wednesday, wounding at least seven people.

They say the suicide bomber targeted the vehicles parked at the checkpoint. Among them was General Garabe, says Hasan, but he survived. Seven people were injured in the attack, he says, and were taken to Medina and Decfer hospitals for treatment.

Somali police sources told the VOA that three people, including two security personnel, were killed in the attack.

Al-Shabaab, an al-Qaeda-linked terrorist group, claimed responsibility for the suicide bombings in its affiliated media.

Al-Shabaab has been fighting against the Somalia government and the African Union Transition Mission in Somalia since 2007.

The attack comes four days before the long-pending presidential election in Somalia on Sunday. Members of parliament will meet in a fortified airport complex to choose the next president.

A record 39 candidates have registered for the election, including the incumbent Mohamed Abdullahi Mohamed, better known as Farmajo.

Somali elections were delayed by more than a year due to disputes over procedure and political wrangling, which saw Farmajo try to extend his term in office.