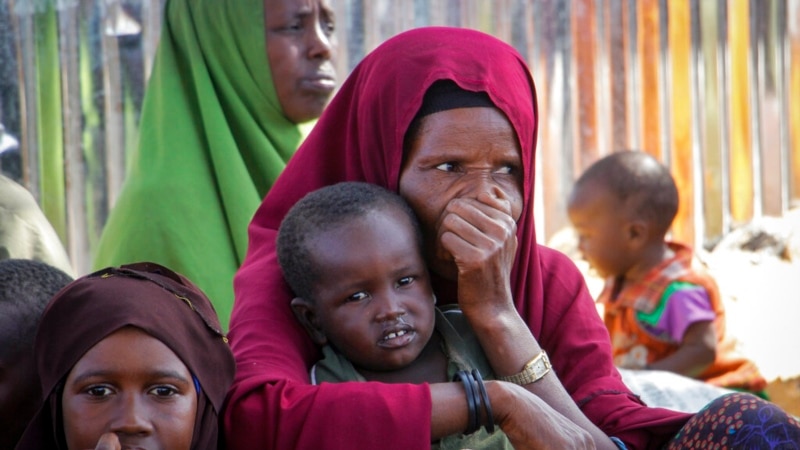 The UN refugee agency said Friday that drought in Somalia was causing a humanitarian and displacement crisis, with thousands of people fleeing their parched lands in search of fertile territory and humanitarian assistance to help them survive.

In Somalia, experts say, climate change is kicking in with a vengeance. For the past three years, the rains have largely failed to come, decimating crops and livestock.

The UN High Commissioner for Refugees has estimated that about half a million people this year alone are likely to have been displaced by the end of March. The majority are reportedly children, the elderly, pregnant and lactating mothers.

UNHCR and Boris Chershirkov said most arrive in urban centers or existing settlements for displaced people, only to find difficult living conditions. Additionally, he said, the hoped-for aid is in short supply, forcing them to resort to extreme measures to survive. This, he said, exposes them to exploitation and multiple dangers.

“Children have dropped out of school to help their families earn a daily income and search for water and pasture,” Chershirkov said. “This has made them particularly vulnerable to risks such as forced marriage, family separation, and sexual violence and abuse. Women and girls, who make up half of the displaced population, are at heightened risk.”

Meteorologists forecast a good rainy season in the Horn of Africa. And as of now, World Foodge program Tomson Phiri said, no area is reported as being either in a state of famine or on the ver of famine.

“However, hunger and malnutrition are worsening across all drought-affected areas. … One rainy season may not be enough to wash away three consecutive drought seasons,” Phiri said. “And if immediate humanitarian support is not received, this could rapidly change, and millions of families could find themselves facing starvation.”

Aid agencies are facing the specter of the 2011 famine in Somalia, which killed more than a quarter-million people, half of them children.

The UNHCR has appealed for $157.5 million to deliver critical aid and protection to nearly 3 million internally displaced people in Somalia, and tens of thousands of refugees and asylum-seekers. So far, only 5 percent of that amount has been received.