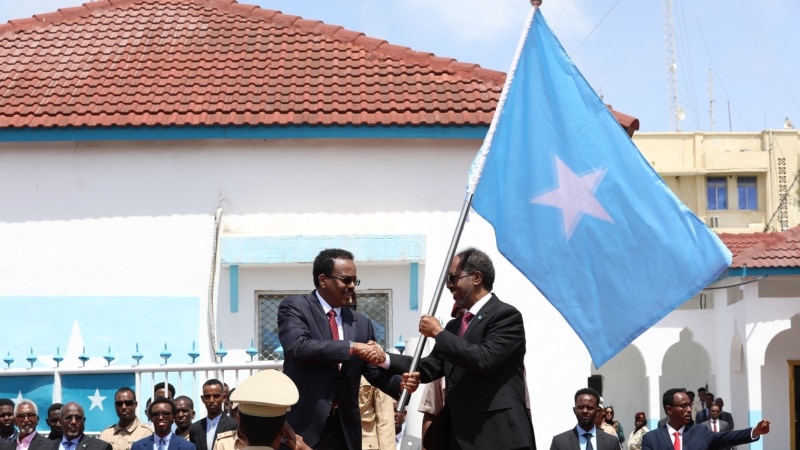 Hassan Sheikh Mohamed officially took office in the Horn of Africa country after a handover ceremony in Mogadishu.

A week earlier, Mohamed won the presidency after an intense election, defeating Mohamed Abdullahi Mohamed, better known as Farmajo, in a third round of voting. Hassan Sheikh Mohamed became the first former President of Somalia to be re-elected.

In a joint speech at the brief but colorfully drawn handover ceremony, former President Farmajo called on the country’s population to support the new leader.

He said, “… I want to advise him to work with the new President Hassan Sheikh Mohamed, because the election is over and he will start work and whatever he will do will be for the people of Somalia.. ..”

The former president also confirmed the presence of Somali troops in Eritrea for the first time.

Although he was sent to Eritrea for training, there were allegations that the army was involved in northern Ethiopia, where the central government was involved in conflict with the Tigre People’s Liberation Front. The TPLF is a former member of the coalition that ruled Ethiopia for three decades. The Ethiopian government has labeled the group a terrorist organization.

Speaking at the ceremony, Mohamed addressed the issue of Somali troops in Eritrea.

“Today is a historic day,” he said, “I was easily handed over power as well as government files.” Mohamed also said, “We will work so that the Somali trainees in Eritrea can be brought back to Somalia.”

The number of soldiers in Eritrea was kept secret until now. Officials say 5,000 soldiers were stationed there. The parents of some soldiers staged several protests demanding to know the whereabouts of their sons.

Mohamed, who served as president between 2012 and 2017, has inherited a very divided Somalia and a prolonged drought that displaced more than half a million Somalis.