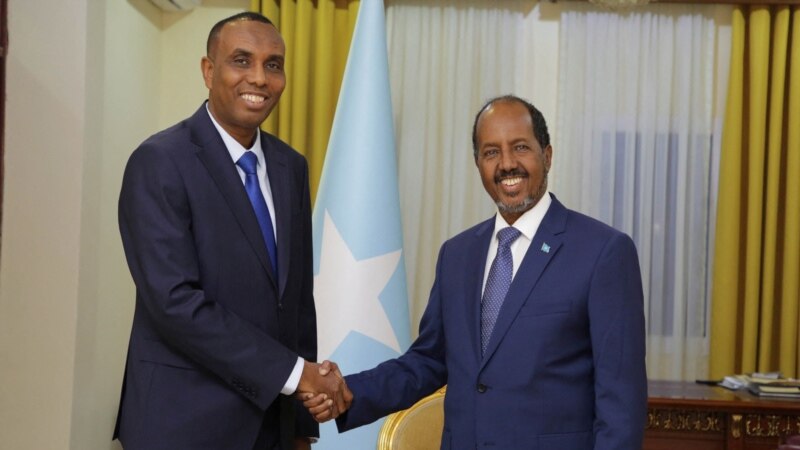 Members of Somalia’s parliament have approved the appointment of Hamza Abdi Barre as the new prime minister.

More than 200 MPs, who were present at a session held in Mogadishu on Saturday, unanimously supported Barre, who is also a member of the lower house of parliament.

After the vote, Barre said in an exclusive interview with VOA that he would “form an effective government to deal with the current situation.”

“I will form a government that will advance the key priorities of my new government, including security, drought response, reconciliation and development,” Barre said.

“I thank the respected legislators for giving me the confidence, a confidence, I know comes with a burden and challenges, a confidence that makes me happy and a little worried about the extent of it and the high expectations.

“Our people are facing a severe drought as a result of an unprecedented fourth failed rainy season with catastrophic famine, and we are extremely afraid that the situation could turn into a deadly famine, so my government will give priority to dealing with drought action. ” Barre said.

Somali politics often include disputes between presidents and prime ministers, which are the product of a complex constitution meant to encourage power-sharing, which forces an elected president to elect a prime minister from a rival tribe and then transfer certain powers to that unelected post.

In the past, such disagreements have often paralyzed governments, leading to the eventual eviction of prime ministers by legislators.

Unlike previous prime ministers, however, Barre is a good friend of the current president and served from 2011 to 2017 as secretary general of the president’s Peace and Development Party.

Barre says this time, if any political differences arise between him and the president, it will not escalate into tension.

“This is human nature. We can disagree on a political issue, but I assure Somalis that we will find a mechanism that can resolve our differences without political tension. ” Barre said. “I assure you that the president will work together effectively for the betterment of the Somali people.”

Barre, 48, was first elected to parliament in December. Previously, he was the chairman of the Jubaland Regional Electoral Commission.

Falastin Iman contributed to this story.