Some of these new SUVs from Renault, the pictures of which will steal your heart; It will compete with Mahindra, Jeep, Tata, MG Renault is all set to expand its portfolio in the Indian market. The company’s new Arcana SUV was spotted in Chennai a few months back. Now again this car has been spotted at Mahindra World City. It is located on the outskirts of Chennai and is very close to the Renault-Nissan manufacturing plant. Its color was dark in earlier tests, but now it is bright red in color. This SUV also looked quite stylish in this color. These photos were shared by PoNsam Charles / Rushlane Spylane. The exterior and interior of the car are clearly visible in the photo.

Being prepared on two different platforms
Arcana is the company’s global product, sold in Australia, Kazakhstan, South Korea and many countries in Europe. The name of this SUV coupe is derived from the Latin word ‘arcanam’, which means secret. Interestingly, it is also a mystery whether Renault will bring the Arcana to India. Two different models of Arcana are sold in the global market. In some markets, the Arkana is based on the Renault B0 platform, while in many places the model is based on the advanced CMF-B platform. Renault used its B0 platform to bring models like Duster and Captur to India. 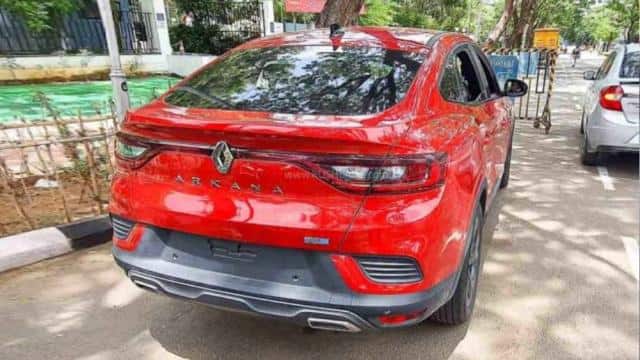 Arcana K Key Dimension Details
In terms of dimensions, the Arcana measures 4,545mm in length which makes it taller than the Jeep Compass, the Indian-spec Captur and slightly shorter than the MG Hector or the Tata Harrier. Its width is 1,820 mm, which makes it equal to Compass or Duster. Due to its coupe-like styling, its height is 1,565 mm. The new age crossover is much less than an SUV. It has a wheel-base of 2,721 mm and comes with a ground clearance of 205/208 mm (AWD/FWD version).

It is expected to get all-wheel drive
Renault offers different powertrain options for the Arcana in different countries. Models are offered with the E-Tech Hybrid and Mild-Hybrid Tech Packs. However, the most commonly used powertrain in the Arcana is a combination of a 1.3-litre petrol motor and an automatic gearbox. All-wheel drive option is available as a package. If Renault brings the Arcana, it will most likely include a manual transmission option as well, as this will help reduce the cost of the car. However, the spotted model gets an automatic gearbox and an E-Tech Hybrid badge. 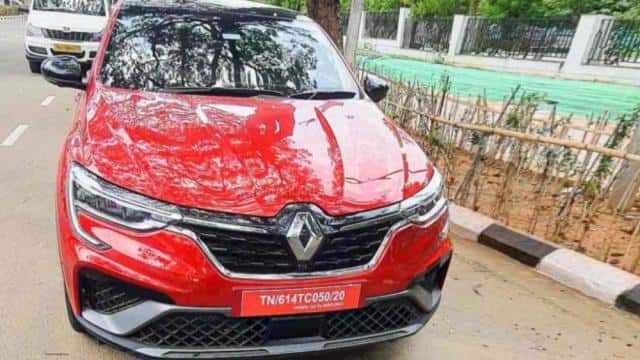 Will challenge premium SUVs
Currently, Renault India’s line-up is much reduced. It has three products in its portfolio namely Tribar, Quid and Chigar. Renault had to discontinue its old Duster, which left a huge gap in its portfolio. Arcana sounds like an interesting product, which could be in line with Renault India’s strategy. The company has also experimented with products like Duster, Kwid and Triber in the past. It is expected to cost around Rs 12 lakh to Rs 20 lakh. If this happens, it could pose a challenge for many premium SUVs in the Indian market.