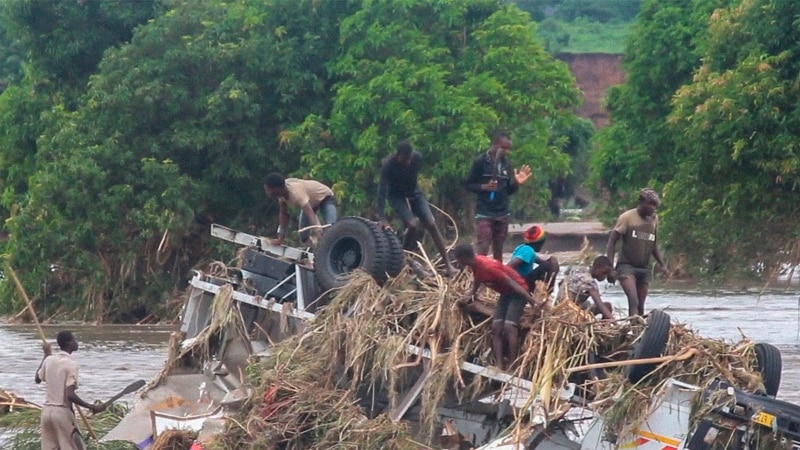 Rescue efforts continued in southeast Africa on Monday for thousands of people cut off from flooding by Tropical Storm Ana last week. The storm killed at least 90 people in Madagascar, Mozambique and Malawi. Experts say a fresh cyclone forming near the island nation of Mauritius could hamper rescue efforts and worsen damage in the region.

The storm damaged public infrastructure, including health care facilities and roads, and disrupted medical services to those affected by the storm.

The Africa Centers for Disease Control and Prevention says the storm killed 20 people in Mozambique and displaced 121,000 others. In Madagascar, Africa has killed 48 people and left another 148,000 homeless, according to the CDC.

In Malawi, the Department for Disaster Management says Tropical Storm Ana killed 32 people and displaced 188,000 from their homes in 17 districts.

“For Chikawa alone, [a] A total of 44 camps have been set up for the stay of the displaced. But the figures could rise, as the council is still making some assessments, and the general public will be updated on any developments,” said department spokesman Chipiliro Khamula.

In a statement on Sunday, the Disaster Management Department said relief aid was reaching some areas, although efforts to reach others were hampered by impassable roads.

Countries affected by Tropical Storm Ana are concerned by reports of a fresh tropical cyclone, known as Batsirai, forming near the island nation of Mauritius.

However, meteorologists in the area have downplayed those fears.

“And at this stage, the track is not very sure. So, more likely tracks will be seen in the next three days, but otherwise for now, there is no threat to Malawi’s weather. But if there [will] Whatever the cause of threat to Malawi weather, Malawi will be notified accordingly,” Kachiwanda said.

If it approaches Malawi, he advised people in flood-affected areas to heed any warnings from meteorologists and officials.

“If they are saying go to higher ground, they should act immediately, because these are threats and climate change is with us,” Kachiwanda said.

President Chakwera gave similar advice on Monday when he visited flood victims in Chikwa and Nsanje districts of southern Malawi.