At the end of 2021, astronomy witnessed how one of its greatest achievements took off towards its target: aboard the Ariane 5 rocket, telescope james webb Started its space mission at a distance of 1.5 million kilometers from the earth. A year later, the program, which has been running since 1996 and cost more than $10 billion, has produced encouraging results for this scientific field.

This 2022, marked by humanity’s first steps to return to the Moon, the first planetary defense mission and many discoveries on Mars, was the joy of seeing Webb in operation, which, with its first images, began to answer key questions. about the universe that surrounds us and that has puzzled science for decades.

“Without doubt, this has been the space event of 2022,” says Carla Arce-Tord, a physics graduate from Peru’s Pontifical Catholic University and a PhD candidate in astronomy and astrophysics at the University of Chile. ‘ in social networks, where he has more than 100,000 followers. “Not only involved in the development of technology james webb, But the fact remains that the entire mission was carried out with utmost care, with minimal errors and the progress and revolution that this telescope’s observations have made allows us to open another visible door to the universe and understand more precise details and events. allowed that we did not understand or observe with such precision. And this is only the beginning.”

“Launched, put into orbit and activation of james webb It was undoubtedly the event of the year”, highlights technology expert Fabio Bacaglioni, who writes for Fabio.com.ar. “In the first test images that I send, it was possible to confirm that this is a device for humanity as to how important.”

What were the milestones? james webb During this 2022 which has forced astronomy to rethink its foundations? 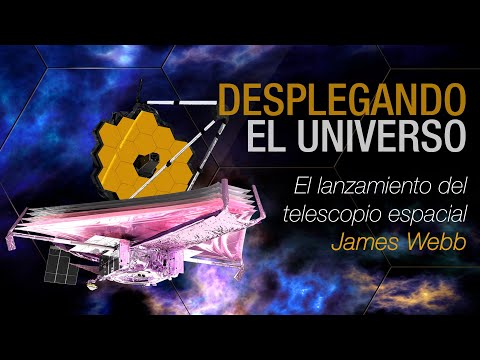 “I consider this the space event of the year. In fact, I learned about this project 15 years ago, when I came across an artist’s rendering of it in a book celebrating 15 years of the Hubble Space Telescope (HST) It was unbelievable that they were considering sending a telescope of that size into space and I couldn’t imagine how it would be done”, recalled physicist Vanessa Navarrete from the Universidad Nacional Mayor de San Marcos. Do, who teaches astronomy courses on his blog. Let’s talk about Universe. “Now, the JWST gives us a new window to observe, not only because it has larger optics than the HST, which ensures a huge improvement in image resolution, but also because this optic is capable of seeing in the infrared.” adapted, it is in other words, we will be able to study very faint objects and even some that are hidden by interstellar dust, so we will be able to see even in areas that are inaccessible in the visible range. have been

Although I’m on my way to this date, already james webb He’s been sending calibration photos of his instruments, it won’t be until July 12th where we can see the magnificence of his images.

That Monday, the President of the United States, Joe Biden, was in charge of revealing the infrared telescope’s first color image: a cluster of galaxies. SMACS J0723.3-7327,

This spectacular photo covers a patch of sky that, to a ground-based observer, appears about the size of a grain of sand held at arm’s length, revealing thousands of galaxies in a tiny slice of the vast universe. Does

Its uniqueness, and it is Webb’s great feature, is that thanks to its infrared cameras, it was possible to know the “past”: the cluster looked as it did 4,600 million years ago and many of the inner galaxies are more than 13 thousand million light. The year.

Ars-Tord reminds us that “the deep image of the deep field james webb was on the cover of Time magazine as the astronomical image of 2022″.

On that date, four other stars were the protagonists of the celestial feat: the carina nebulaThe southern ring nebulaThe Stephen’s Quintet and exoplanets WASP-96b, Each had its own uniqueness: the Carina shot revealed for the first time the birth regions of invisible stars; The southern ring showed the death of a star 2,500 light-years away; The first great image of the quintet was james webb at 290 million light-years, while the latter offered the most accurate picture ever of the composition of the exoplanet’s atmosphere.

“It’s hard for me to choose the best image james webb Because they are all spectacular to look at and also provide an incredible amount of scientific information. But if I had to choose, I would go for two in particular”, the Peruvian astrophysicist tells us. “The first would be the region of star formation in the Carina Nebula. It’s spectacular, and just watching it tells us a lot of scientific information about the processes taking place: we see the nuclei of stars, the walls of gas expanding from the shocks created by newly formed or newly formed stars. We see very young, very hot stars.”

“But I don’t want to give up on the images and light spectra of the most distant galaxies seen to date in the infrared. james webb managed to capture galaxies whose light was emitted 13.4 billion years ago, very close to the Big Bang (13.8 billion years). These are unprecedented observations that help us understand the formation of the first galaxies, their characteristics and the time at which they evolved in the early universe. These are certainly observations that should not be brushed aside because they are novel and revolutionary.”

Webb’s first images were only the starting point of a mission that is expected to last more than 10 years.

During the following months, james webb Captured TRAPPIST-1, the best candidate for finding life in space. It revealed a new image of the Cartwheel Galaxy, the stunning pattern of the ‘ghost galaxy’ M74, the Tarantula Nebula 161,000 light-years away, the Orion Nebula, ‘a fiery hourglass’ as it appears, a star or two galaxies Merger of

One of the favorite scenes of the scientific community was the one in which he starred pillars of creation, a vast region where stars form within dense clouds of gas and dust. “image of pillars of creation It’s the best it’s ever been”, emphasized Baccaglioni. “It demonstrated not only quality but technical progress as it required a much shorter exposure time to obtain the same image that was known.”

For Navarrete, this image is also one of his favorites. “I can mention the Pillars of Creation in the Eagle Nebula, which I already considered an impressive image when taken by the HST, not only for its beauty but for what it represents: an event of star formation and birth.” Regions. In the image taken by the HST, very dark regions can be seen due to high concentrations of material (interstellar gas and dust) that produce a glow due to the radiation of newborn stars. Telescope james webb With his NIRCam camera (near infrared camera) he was able to capture a large number of stars in this nebula that are hidden by clouds of interstellar gas and dust as well as the structure in these clouds and many details that will help us better understand how these star formation processes occur”.

But, although it is primarily intended for probing the depths of the universe, it has also captured nearby stars. He recently gave us an analysis of Jupiter and its rings, blurbed out Saturn’s moon Titan, took infrared shots of Mars, and even surprised more than one person by showing us the clearest image of Neptune’s rings since 1989. done. DART spacecraft and the Dimorphos asteroid and we also heard their pictures as sound.

Images coming from Webb are initially invisible to the human eye, as it operates essentially in the infrared spectrum, unlike Hubble. But even if the point is that the most modern instrument will outshine the oldest, the two telescopes have worked together to produce complementary images.

With only months in operation, james webb has taken the scientific community by surprise. “It’s behaving much better than we expected,” said Massimo Stiavelli, mission manager at the Space Telescope Science Institute, who at one point piloted the 6.5-ton space instrument. AFP, “The equipment is more efficient, the lenses are more precise and stable.”

And that panorama is more than exciting for the study of the universe. We’re still in the telescope’s primary phase, so we can expect “big surprises” during the mission. and according to NASAThese images and data invite scientists to “revise our models of what we believe to be true about galaxies and stars”.