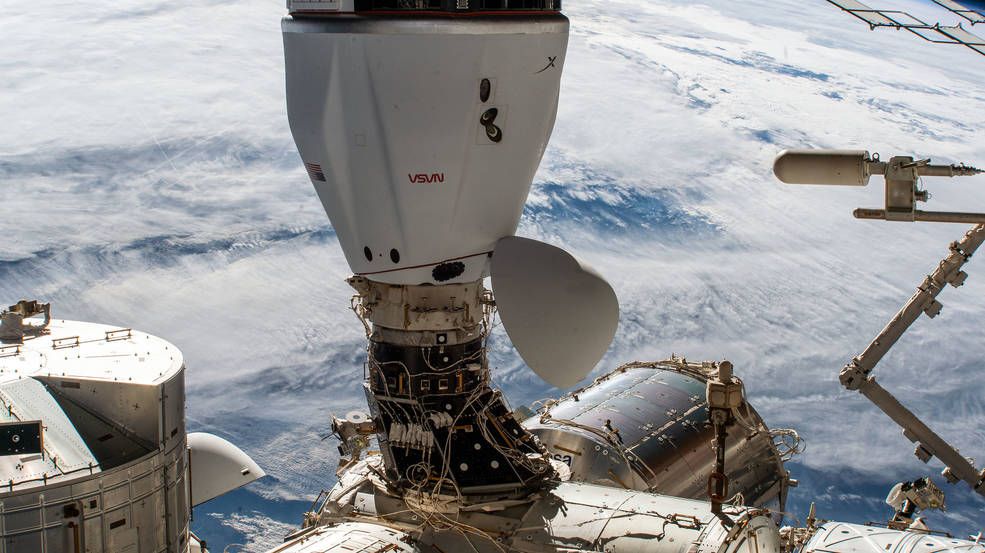 Update for 11 am ET: SpaceX’s Dragon CRS-24 cargo ship has successfully undocked itself from the International Space Station’s Harmony module at 10:40 am EST today and will return to Earth on Monday, Jan. 24. Read our full wrap story here.

SpaceX latest Dragon cargo ship is expected to undock from the International Space Station today (Jan. 23) after two days of delays due to bad weather at its landing site and you can watch it live online.

The Dragon was previously scheduled to leave the station Saturday for a Monday splashdown, but bad weather at potential splashdown locations in the Gulf of Mexico off the Florida coast prevented the departure, according to SpaceX.

“SpaceX and NASA have waived off today’s planned departure of an upgraded SpaceX Dragon resupply spacecraft due to high winds in the splashdown zones at the Gulf,” NASA spokesperson Sandra Jones said during a NASA TV update Saturday.

There will be no live coverage of SpaceX’s Dragon splashdown, though it is expected to occur either late Monday or early Tuesday, weather permitting. Updates on splashdown will come through NASA’s space station blog and SpaceX’s Twitter page.

The Dragon cargo ship will return nearly 5,000 pounds (2,267 kilograms) of science to Earth when it splashes down, including a “cytoskeleton” that uses cell signaling to understand how the human body changes in microgravity. A 12-year-old light imaging microscope that is being retired after more than a decade of use studying the structure of matter and plants in orbit is also on board.

The capsule was originally targeting Friday to undock and Saturday to splash down, but the procedure was delayed by a day due to poor weather conditions for returning. If the Dragon had undocked Saturday morning, it would have splashdown in the wee hours of Monday, according to NASA.

The Dragon spacecraft blasted off on its cargo mission, called CRS-24, Dec. 21 atop a SpaceX Falcon 9 rocket and delivered both science and a set of early Christmas presents to the orbiting complex one day later.

Dragon is the only cargo ship that can fly scientific experiments back to researchers on Earth, as all other such spacecraft burn up in the atmosphere during re-entry. Dragon is often used to carry back biological samples that must be transferred to a scientific facility quickly; splashing down in the Atlantic Ocean will allow for rapid transfer of samples to NASA’s Kennedy Space Center in coastal Florida, east of Orlando.

Members of the Expedition 66 crew have been packing up and organizing Dragon supplies for at least the last two weeks, according to NASA’s space station blog, including swapping out science freezer components that will host the precious refrigerated science samples.

Editor’s note: This story was updated to reflect the 24-hour weather delay for SpaceX’s Dragon CRS-24 spacecraft undocking at the International Space Station. It was also corrected to mark the Dec. 22 docking of CRS-24, not Dec. 23.

Shah Rukh Khan: A star was born 30 years ago and his ‘adaa’ is still there

The #1 Cause of Memory Loss, Science Says – Eat This Not That

US warns of ‘horrific’ consequences in Ukraine if Moscow abandons diplomacy