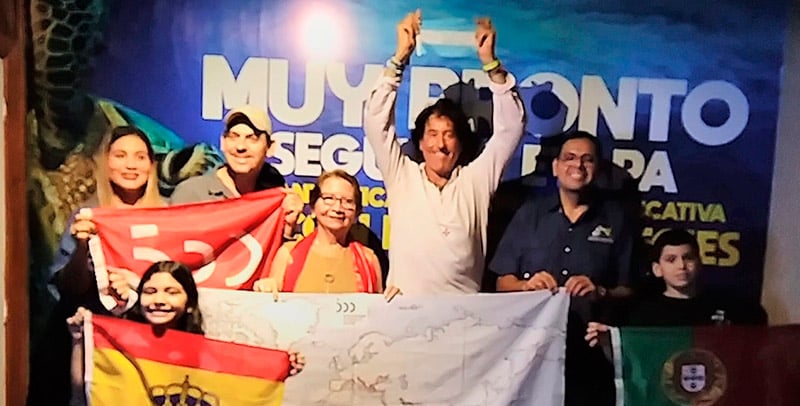 Alvaro is sailing alone around the world on the smallest boat in history, only three meters long. Always navigate alone and standing up to avoid damage to the spine.

The Spaniard is internationally renowned for his extraordinary nautical feats, with which he has achieved 14 world navigation records in 39 ocean voyages undertaken over the past 30 years.

In addition, he is a speaker, author and television producer and while sailing, he is filming everything that happens on his current “Around the World in the Smallest Boat in History” documentary series to create a documentary series. In this production, he will promote Honduras as a tourist destination full of natural, cultural, social and historical attractions.

Alvaro’s mission is to raise environmental awareness and promote marine conservation actions, fighting plastic pollution and illegal fishing. For this, it is recreating the first circumnavigation of the world made by Juan Sebastián Elcano 500 years ago. 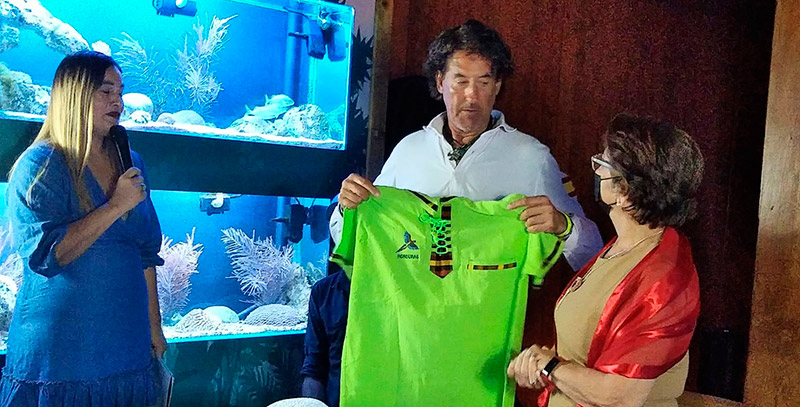 In several stages it uses gasoline made from the distillation of plastic waste.

He navigates alone and stands on his small three-meter-long boat, baptized “Numancia”, in memory and respect for the Celtiberian Hispanic indigenous population that resisted the Roman Empire 22 centuries earlier.

To celebrate and publicize the first circumnavigation of the world, Álvaro de Marichaler Sáenz de Tejada, the lone European sailor, set sail from Seville three years earlier and, after a long passage through Europe, landed on the coast of Florida, Alabama. Together reached Miami. , Louisiana, Texas and Mexico, reaching Belize a few days earlier, from where it continued to Honduras.

It will then continue sailing towards Panama to cross the canal and reach the Pacific Ocean and across the American west coast to Alaska, from where it will cross Russia and across Asia to the Mediterranean Sea and reach Seville. (by: Ricardo Lujan)

Information
Antal Borsock, President of the Chamber of Tourism and Manager of the Tela Marine Aquarium, said that “we are very pleased to welcome the adventurer Álvaro de Marichaler to Tela and to Honduras in general. Personally, I feel very connected with Álvaro I do, because we both have a life mission that unites us like the sea.