Spanish scientists revive parts of bacteria from 2,600 million years ago that could treat genetic diseases 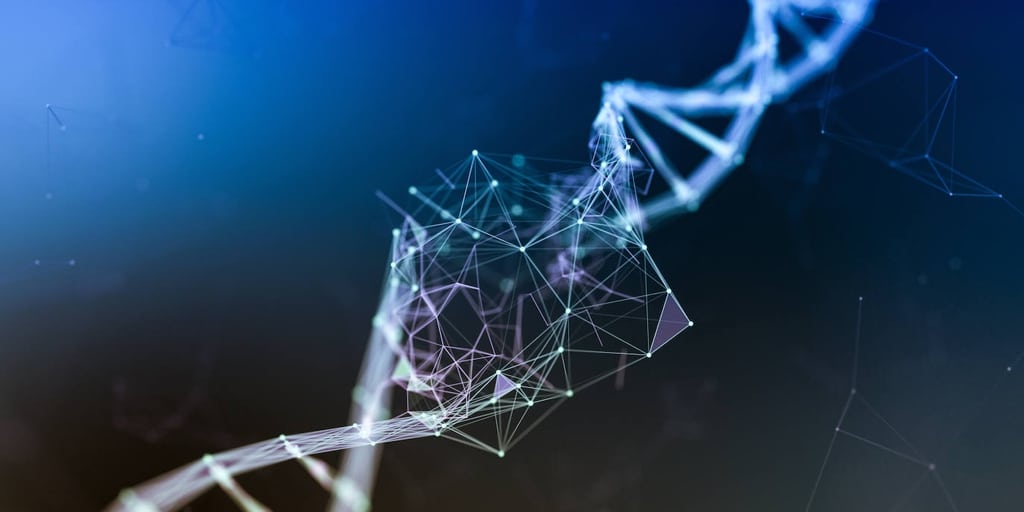 Las bacteria originated about 3.5 billion years ago. Since then, they have perfected a mechanism by which their DNA stores parts of the virus so that if they become infected again in the future, this defense literally clears the infection out of the body. This system was baptized as CRISPR (an acronym for ‘clustered and regularly spaced short palindromic repeats’) by its discoverer, a geneticist from Alicante. Francis MojicaHas become a revolutionary technology that allows the creation of genetic modifications ‘a la carte’: from wheat suitable for celiacs to sheep giving better wool, including new experimental treatments that have become the hope of many patients with a genetic disease, And all in a precise and cheap way, using mechanisms refined over millions of years only by ‘humble’ bacteria.

The method is ‘simple’: CRISPR uses Some Guides and a Protein (Cas9 nuclease) to target and cut specific regions of DNA. From there, the ends naturally stick together and the gene is inactivated. Hence it has been baptized a ‘.genetic shortstop, However, most bacteria for which this mechanism is known live so closely around us that we are immune to their system, and these proteins do not work in ours. This is the reason why scientists have been searching for some time in remote areas such as Antarctica, the top of Everest or the Mariana Trench, in order to find more exotic bacterial species with which we have not come in contact and on their proteins (Cas nucleases). Let’s work we. The Spanish group’s approach is brand new.

“We’ve searched in time, rather than looking in space,” he explains to ABC luis montoliuResearcher and Deputy Director of National Center for Biotechnology (CNB-CSIC) and Center for Networked Biomedical Research in Rare Diseases (CIBERER-ISCIII). “We Are ‘Back to the Future’ in Search of Different Nuclei.” his team Raul Perez-Jimenez, a researcher at CIC nanoGUNE, and Mojica himself at the University of Alicante, along with other collaborators, are the architects of this ‘journey to the past’, which inspired them to resurrect the CRISPR system for bacteria that lived for 2,600 million years Have done First. Their work has just been published in the journal ‘Nature Microbiology’.

This idea was born in the minds of researchers back in 2018. Instead of visiting distant places, why not travel through the history of DNA and rescue ancient bacteria with different nucleases, as is done when studying extinct species through present-day relatives? The first problem was how to obtain this ancient genetic material: the oldest remains found to date back two million years. “It may sound like a lot; But if you take into account that the Earth was formed 4.5 billion years ago and there is evidence that the first bacteria arose 3.5 billion years ago, there is a lot of room to explore,” Montoliu says. At that point, the team led by Pérez-Jiménez, an expert in paleo enzymology and bioinformatics, came into play.

Their job is to trace the evolution of proteins from the origin of life to the present day. They perform ancestral reconstructions of proteins and genes from extinct organisms to see what properties they have and whether they can be used in biotechnology applications. In this specific case, they collected 59 species of extant bacteria of which their CRISPR Cas9 system is known and fed the data into a supercomputer, which was then able to go back in time to reverse the bacteria’s immune system. was in charge. Like when DNA from different species is correlated to find their common ancestor, but in this case only with the CRISPR system (in any case the whole bacterium was not regenerated).

The computer allowed them to make five ‘stops’ on their journey through time – in a computational way, at least – with what was the ancient bacteria’s CRISPR system; Specifically, they obtained results from earlier 37, 137, 200, 1.000 Y 2.6 billion years, The idea was then to ‘revive’ these systems with computer-supplied enzyme sequences and test them in living human cells to see if they could continue to cut DNA.

“It was very daring because we had no idea what could come out of this,” Montoliu says. “But we found that these systems not only work in living cells but are more versatile than current versions, which could have revolutionary applications in the future, such as in the treatment of genetic diseases.” The Spanish team verified that these systems do indeed work and that, moreover, they share 50% of their structure with today’s, although it is true that they work more rigidly when they are older.

“CRISPR from 37 million years ago works best with today’s cells, and it becomes more and more ‘raw’ the further back we go. But looking at the oldest DNA we’ve recovered, It’s two million years old, this work is completely revolutionary.” It also reinforces the idea that bacterial systems have been refined over time, adapting to new viruses.

Montoliu insisted that the experiment was based on computer-generated data; that is, they are not based on the DNA recovered directly. “Without the remains we cannot know, at least with current technology, if these systems were exactly as they were millions of years ago,” the researchers say. “However, the fact that, for example, the oldest cleave only one strand of DNA is consistent with the idea that the first forms of life were based on RNA and had only one strand.”

“This research represents an extraordinary advance in the knowledge about the origin and evolution of the CRISPR-Cas system. How the selective pressure of a virus has been polishing rudimentary machinery for billions of years, from not very selective at the beginning, until lest it turn into a sophisticated defense mechanism capable of isolating with great precision the genetic material of unwanted invaders, which it must destroy, Francis Mojica, a researcher at the University of Alicante and discoverer of the CRISPR-Cas technology, said in a statement. Said, “One must preserve one’s own DNA.”

For future applications, this new technique “opens the door to a more versatile tool for correcting mutations that until now were not editable or were corrected inefficiently,” he explains. Miguel angel Moreno, head of the genetics service at Ramón y Cajal Hospital and CIBERER researcher. His team has developed the Mosaic Finder tool, which has made it possible to characterize the effect of genome editing produced by ancestral Cas in cultured human cells through large-scale sequencing and bioinformatics analysis. Namely, how these ancient systems work in present-day living cells.

for his part, ylenia jablera A project researcher at Nano Gene, says that “this scientific achievement makes possible a genetic editing tool with properties different from current ones, much more flexible, which opens up new avenues in the manipulation of DNA and the treatment of diseases such as ALS, cancer, diabetes, or even as a diagnostic tool for diseases.