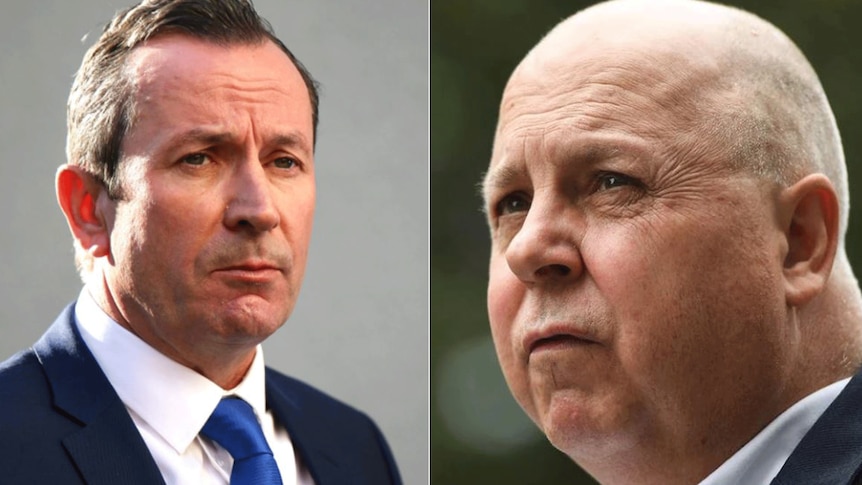 Victoria’s Labor government has criticized its West Australian counterpart for receiving “special treatment” over the GST, describing WA’s $5.7 billion budget surplus on the back of massive mining royalties as “an absolute distortion” of fairness.

But Premier Mark McGowan escalated the war of words with Victoria, saying if they did not like the GST deal, “they should probably just go jump in the lake”.

Mr McGowan had goaded the other states on the strong result and as the only government to record a surplus, saying they would be “green with envy”.

“For goodness sake, Western Australia running budget surpluses of $7.8 billion a year, in circumstances where commodity prices are going through the roof this is nothing more than an absolute distortion of what fairness looks like,” Mr Pallas said.

“It tells the rest of the nation you can get special treatment.”

“The Western Australian state government has now handed down a budget with a six-billion-dollar surplus and in no small way that is a product of South Australia’s GST share going to Western Australia along with other states,” Mr Malianauskas said.

“Now I say that’s not good enough. I say that South Australia should be able to retain its GST share, as is appropriate and that we don’t have an obligation as a state to fund Western Australia’s six billion dollar surplus.”

WA struck a deal with the Morrison government in 2018 to guarantee it received 70 cents back for every dollar of GST it produced.

The WA treasury calculated without the GST deal, the state’s share of GST would have fallen to 15.8 cents in the dollar by 2022-23 and 1 cent in the dollar the year after that.

“Because we stayed open during COVID when they locked down, we were able to deliver countless billions of dollars to the Commonwealth government that was then given to New South Wales and Victoria because they locked down for months on end,” Mr McGowan said.

“We supported them during difficult times and gratitude from other states is a normal part of Australian life.

“They’ll seek to blame anyone else, New South Wales and Victoria, for their own actions.”

Federal Opposition Leader Anthony Albanese held back from criticizing Mr McGowan and instead turned the issue into an attack on Prime Minister Scott Morrison.

“Labor can manage money,” he said.

“He’s the Premier and he’s the Treasurer.