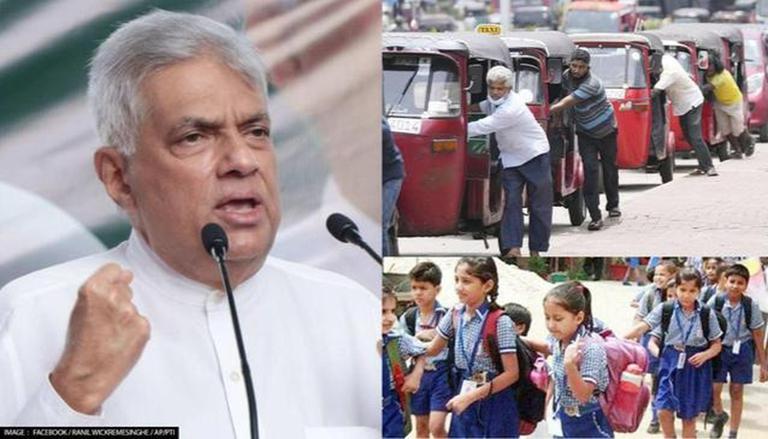 Sri Lanka on Friday announced a two-week suspension of schools, public offices and transport amid a growing economic crisis, including the inability to pay for fuel imports. Through a press release on Saturday, the Sri Lankan Ministry of Public Administration urged all government employees to work from home from Monday in view of acute shortage of fuel to operate public vehicles. It comes after Sri Lankan Prime Minister Ranil Wickremesinghe’s government declared a holiday earlier on Friday (June 17) in an effort to preserve the last remaining fuel reserves in the country for emergency use.

Sri Lanka’s Ministry of Public Administration said in its statement, “Due to the lack of public transport as well as the inability to arrange for private vehicles, it has been decided to drastically cut the number of workers going to work.”

Meanwhile, Sri Lanka’s Ministry of Education informed on Thursday that schools will remain closed for a period of two weeks due to prolonged power cuts. However, he added that teachers can conduct online classes if possible. The announcement comes at a time when the island nation has been facing a nearly 12- to 13-hour-long blackout for months now in the midst of a spiraling economic downturn that led to violent clashes early last month.

Sri Lanka is struggling to meet the basic needs of its citizens amid severe shortage of food and fuel in the country, developments have come to light. The country is facing its worst recession in a decade, as a result of complex issues such as poorly timed tax cuts, mismanaged funds and a complete shutdown of tourism due to the pandemic. Colombo is currently in talks with the International Monetary Fund (IMF) to secure a bailout after defaulting on its $51 billion of foreign debt in April.

About 22 million people in the island nation face severe shortages of food, fuel and energy, despite critical health care. According to the United Nations, at least 4 out of five people in Sri Lanka are skipping meals because they cannot afford to buy food. In addition, at least one million are on the verge of a humanitarian crisis. The World Food Program (WPF) said that between June and December, about $60 million would be needed to provide food and relief materials to the people.

Read Also:  Automate and modernize the port of SoCal for the good of all of us

US assures support to Colombo

Meanwhile, Sri Lankan Prime Minister Wickremesinghe discussed economic challenges with US Secretary of State Antony Blinken. In response to Wickremesinghe’s demand, the US secretary agreed to support the country and assured to boost investment in Sri Lanka after the conclusion of IMF talks. “Glad to speak to Secretary of State @SecBlinken today. I briefed him on the current economic situation and urged our countries to work closer. Assured of your support,” the PM of the island nation wrote on Twitter.

Here’s a list of possible COVID-19 exposures in Ottawa