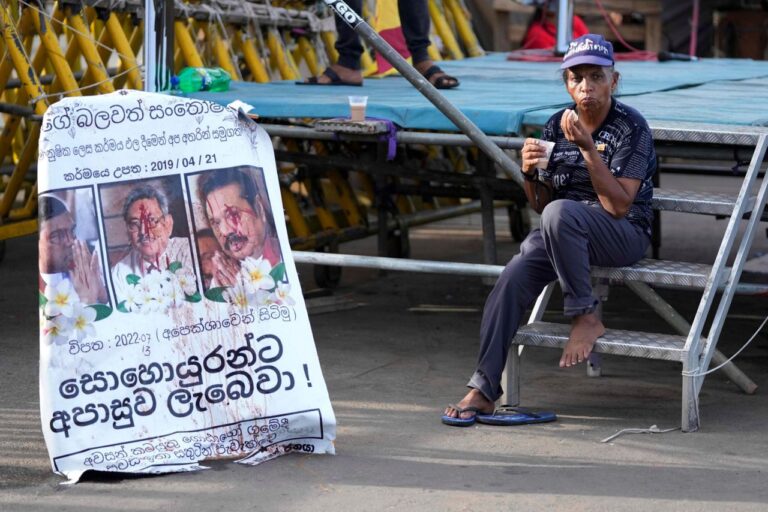 President Mahinda Yapa Abeyweardana said on Friday that parliament will meet on Saturday to start the process of electing a new president. He expects to complete the process within seven days.

Rajapaksa fled the country on Wednesday amid growing protests for him to resign due to an economic crisis.

Protesters who had occupied government buildings withdrew on Thursday, restoring a tenuous calm.

Protesters accuse Rajapaksa and his powerful in-laws of siphoning money from government coffers for years and his administration of hastening the country’s collapse by mismanaging the economy. The family has denied allegations of corruption, but Rajapaksa acknowledged that some of his policies contributed to the collapse.

Months of protests reached a frantic peak over the weekend when demonstrators stormed the home and office of the president and the official residence of Prime Minister Ranil Wickremesinghe. On Wednesday they took over Wickremesinghe’s office.

Protesters initially vowed to hold onto those venues until a new government is established, but the movement changed tactics on Thursday, apparently concerned that any escalation in violence could undermine their message following last night’s clashes outside Parliament that left dozens of wounded.

Copyright 2022 Associated Press. All rights reserved. This material may not be published, broadcast, rewritten, or redistributed without permission.