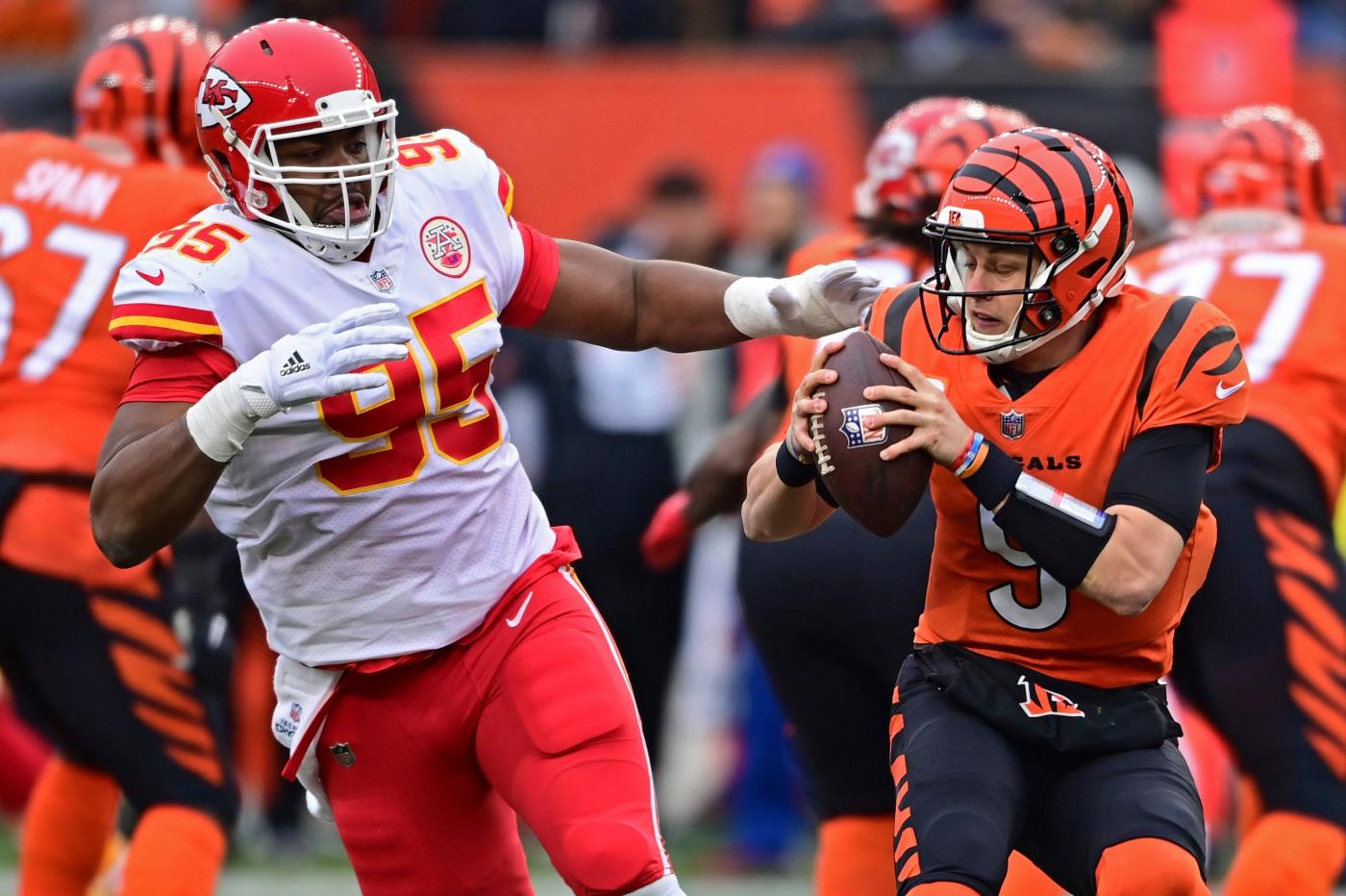 Baltimore Sun staff writers pick every game of the NFL season. Here’s who they have winning in the conference championship games:

Ryan McFadden (179-103 overall, 2-2 last week): Chiefs 30, Bengals 20. Joe Burrow and Ja’Marr Chase turning the Bengals from a bottom-tier franchise to Super Bowl contenders has been one of the best stories of the season. However, the storybook season will come to an end at the hands of the Chiefs, who will be riding the momentum from last week’s victory over the Buffalo Bills.

Mike Preston (176-106 overall, 0-4 last week): Chiefs 30, Bengals 23. The Bengals might have the most balanced team offensively and defensively of the four remaining clubs, but Kansas City knows what it takes to win in the playoffs, which the Chiefs showed last week against Buffalo. You would expect an emotional letdown after the epic game against the Bills last week, but the Chiefs are at home. Cincinnati has had a good year and a remarkable run, but it ends on the road in Kansas City.

Childs Walker (180-102 overall, 0-4 last week): Chiefs 34, Bengals 20. The Bengals have scraped by the last few weeks, showing little evidence they can keep up with the offense that outlasted Josh Allen’s Bills in a classic. Throw out the Week 17 result; this one won’t be in doubt for the Chiefs.

McFadden: Rams 28, 49ers 21. Matthew Stafford has played at a high level throughout the postseason and I expect that to continue despite the 49ers having the upper hand in previous matchups. Baker Mayfield critics will have something to talk about when Rams receiver Odell Beckham Jr. goes to his first Super Bowl.

Preston: Rams 28, 49ers 24. Los Angeles needs to get an early lead and if they don’t, the Rams are in trouble. The 49ers have the type of power running game that can wear the Rams down, especially in the fourth quarter. In a quarterback-driven league, Los Angeles has an advantage with Matthew Stafford versus Jimmy Garoppolo.

Shaffer: 49ers 23, Rams 20. There’s no way the 49ers can beat the Rams three times in one season, right? Sure, there is, especially since San Francisco’s won the past six matchups overall. Jimmy Garoppolo’s the less trustworthy quarterback here, but the 49ers can dictate how this game’s played up front.

Walker: Rams 27, 49ers 23. Yes, the 49ers have owned the Rams. Yes, they’re tough at the line of scrimmage. But their offense did nothing in Green Bay, and they won’t be able to count on a special teams bailout from the well-rounded Rams.