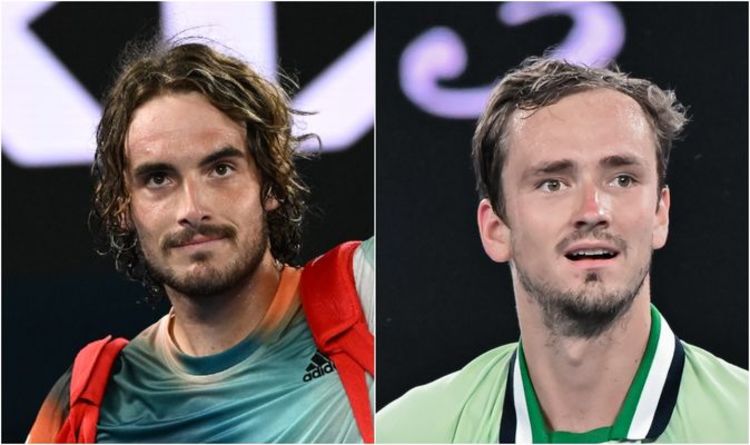 Medvedev and Tsitsipas began their rivalry after a bust-up at the 2018 Miami Open.

Both still relative unknowns and outside the world’s top 50, an x-rated spat after Medvedev won the match set the tone for their relationship in the years to follow.

Friday’s semi-final was the latest installation and Medvedev once again emerged victorious thanks to a four-set win.

The antagonism between the pair was blindingly obvious, with Medvedev laying into the umpire for allowing Tsitsipas to communicate with his father and coach.

Read Also:  Coronavirus: What Happened in Canada and Around the World on December 29 | Nation World News

After the match, in which Medvedev prevailed 7-6 4-6 6-4 6-1, Tsitsipas took the opportunity to fire a backhanded compliment in the direction of his rival.

“He runs like a marathon runner, he can run for hours and hours.

“I’m not sure, myself if that’s something that can last very long, having to run so much.

“Speaking from experiences like other players and other champions, Grand Slam champions that I’ve seen, it had a huge impact on their body.

“But I respect the fact that he is able to run so much and make it physical out there in every single point.

Read Also:  Here's what Canada did while you were sleeping on day 4 of Beijing Olympics

“He’s one of the biggest fighters, together with Nadal. I guess he’s earned the title.”

While Tsitsipas questioned Medvedev’s longevity in the sport, he is at least making hay while the sun shines as he gears up for his second consecutive Australian Open final.

Last year, the 25-year-old lost out to Novak Djokovic, who was deported from Australia earlier this month over Covid vaccination concerns.

On Sunday, Medvedev will be tasked with overcoming a hungry Nadal, who could separate himself from Djokovic and Roger Federer by claiming his 21st Grand Slam title.

US House to Vote for Disciplined Member for Violent Videos

Friday games in a nutshell