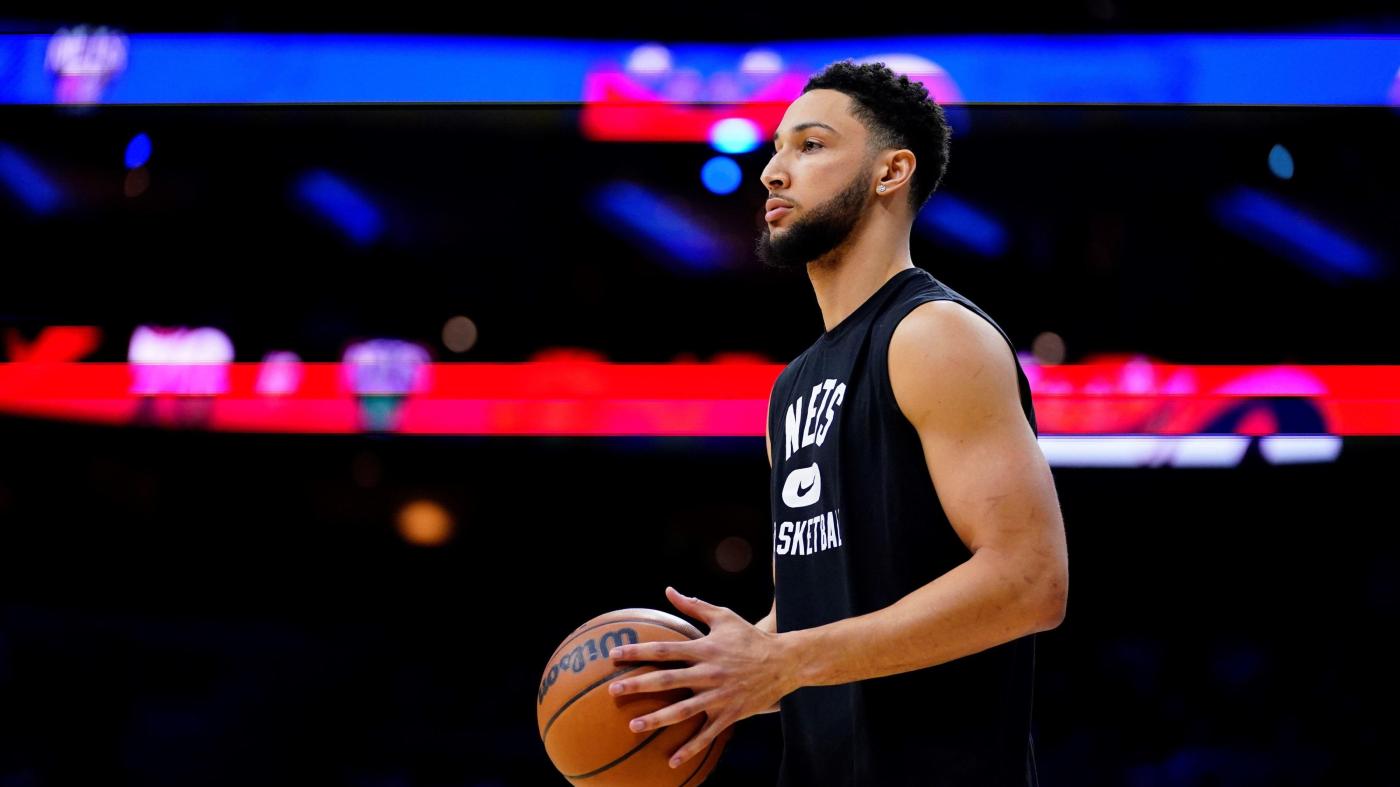 Despite the lingering back injury delaying Ben Simmons’ Nets debut, head coach Steve Nash still believes the All-Star forward will suit up for his team before the end of this season.

“I’m fully expecting to have him this year. That’s where my head’s at,” Nash said of Simmons after Sunday’s practice at the HSS Training Facility in Industry City.

The Nets’ schedule, however, may dictate otherwise.

There are 11 games left in the regular season and Simmons still has to participate in a full team practice after more than a month since the blockbuster trade that swapped him and James Harden. He originally missed games in order to ramp up his conditioning after sitting out the entire first half of the season in Philadelphia, but increasing his workload flared-up a pre-existing back condition that continues to hamper the All-NBA forward.

Nash said Simmons had an MRI, which showed “a sprain, or something like that.” Simmons has since received an epidural — a pain-killer injected into the lower back — with the intention of helping Simmons recover faster and play through his condition.

Nash had no update on whether the epidural has effectively been helping Simmons better work through his injury. It’s a line of questioning that will persist until Simmons returns to the floor or is ruled out for the season.

Before Friday’s matchup against the Portland Trail Blazers, Nash said Simmons has regressed in his on-court condition. He was doing individual workouts (one-on-zero), including shooting work with Nets’ player development coach Kyle Korver, but he’s now focused solely on back rehab. The Nets traditionally require three high-intensity workouts from a player recovering from injury before clearing him to play.

Simmons is nowhere near clearing that benchmark. On Sunday, for example, while his teammates practiced, Simmons did what Nash described as “physio.”

“The physical therapist just works on his rehabilitation,” Nash said. “I wasn’t on [the table] working on him. They do what they do in a clinical setting and try to improve his condition. … A lot of bio-mechanical work, manual therapy, all sorts of stuff to get him in a position to start to move in the right sequence and fashion.”

But it doesn’t mean he’s any closer to running, jumping, defending, passing or playing with the teammates who are relying on his impact on the floor to substantiate this team’s claim as a championship contender. The Nets are trying to compensate for the lack of on-court chemistry with Simmons by building familiarity with him off the court.

“I think we all do a good job of keeping him engaged and keeping him in the loop with everything,” said big man Andre Drummond, who came over with Simmons from Philadelphia in the Harden trade. “He’s at all the shootarounds, he’s at practice whenever he’s not rehabbing. So he’s always around, it’s not like he’s not around us. He’s on the planes, he’s with us on team trips. He’s there with us. Just waiting for him to come back and play.”

Simmons is the Nets’ final domino. The Nets appear to have accepted their short-term fate that Kyrie Irving (unvaccinated, inligible in NYC) will only be available for three more road games this season. If they survive the play-in tournament, they will have home-court advantage for only three games of each series, meaning Irving will be available in the playoffs more often than not.

He just won’t be available every game.

The same goal is ideal for Simmons, but it’s unclear whether there’s enough time for him to feasibly work through a back injury and get in game shape. The Nets final game of the regular season is April 10 at Barclays Center against the Indiana Pacers.

Even if he does, as one of the primary ball handlers and playmakers, he’ll still have to learn his teammates on the floor, in games that count.

“We’ve gotta treat this s— like pickup,” Drummond said with a laugh. “We’ve gotta go out there, just take the best five and try to make it work, try to build chemistry while we’re out there.

“I think the best thing about our team is we have guys that’s experienced, guys who’ve been in the league five-, seven-plus years, so I think with that, we’ll be able to figure it out.”