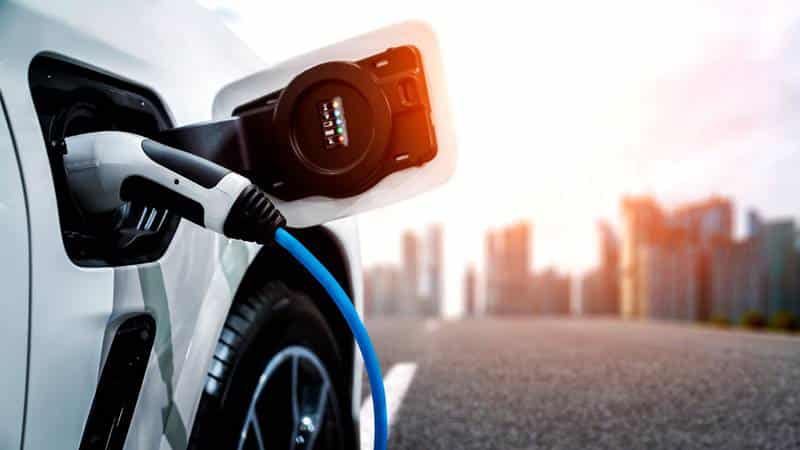 Tax incentives for buying electric vehicles, proposed by the Joe Biden government in the United States, would spur competition from automakers in Mexico and help accelerate the national market for the development and commercialization of batteries and this type of unit, Automotive Representatives will be considered.

“Now with the involvement and support of the United States government for the automotive industry in North America, more competition will arise and it is observable that many of the key points, which have so far existed for the mass use of electric vehicles, are a can be resolved in the short term,” explained Guillermo Rosales, president of the Mexican Association of Automotive Distributors (AMDA).

It is expected that the said incentive in the US union will encourage competition from automotive companies in Mexico with electrification projects in their portfolio by 2030, and with the potential to cover up to 9 million units and achieve at least 50 percent commercialization. With the capacity of Number of battery operated cars in that country.

Rosales indicated that although the share of electric car sales in Mexico is still very low, there are plans for incentives and companies such as Tesla, BMW, Ford, Audi, Chire and Nissan to produce vehicles for the US market. The market of this sector will boom in the country from next year

“It has a very important impact that its benefits reach Mexico, first of all because it supports and accompanies the investment that the large research and development assemblers are making, which allows them to insert themselves into their careers. which they were headed. For many years. Chinese and German assemblers”, he said.

Mexico is a strategic location for the automotive industry because of its supply, trade agreements and labor force. In recent days, there has emerged a possible interest of Tesla, billionaire Elon Musk, to invest in Nuevo León, where it is believed that the establishment of a megafactory, which could reach $10 billion, has emerged.

“The fact that Mexico and Canada are included within the eligibility for vehicles manufactured in these countries, along with the United States, to be eligible for tax incentives of up to $12,500, makes Mexico very attractive for the implementation of these projects.” ,” he insisted.

He added that “both GM and Stellantis have already announced they will convert production lines to manufacture electric vehicles, Ford already has the Mustang E in commercial manufacture primarily for the United States”. , which will accelerate the potential of the automotive industry. in country…

German luxury car brand BMW Group, for example, plans to launch around 15 new models next year, 10 of which will be electric and plug-in hybrids, driven by high demand fueled by the central government’s fiscal stimulus. ,

“We are working to promote electromobility in Mexico, for this BMW is ready to promote and invest in corridor projects, we have also invested in more than 70 chargers at the plant, we need public chargers , the incentive to buy these cars and the automotive industry “needs more lithium, especially lithium that is not in the hands of the Chinese,” Harald Gotsche, CEO of BMW Group Planta SLP, said in an interview.

Carlos Jarlenga, general director of Stellantis Mexico, stressed that there are many opportunities to lead electromobility in the country, although he did not give details of the company’s plans to start production of electric units in our country.

“I see it as a huge opportunity for Mexico, the industrial park is there, it exists, and the big question is how much research are we going to do, how fast and how do we build that ecosystem, both Plants, terminals, governments, associations, it’s an important part of getting investments,” he said in a recent interview with the media.

For his part, Francisco González, president of the National Auto Parts Industry (INA), stressed that Mexico has played an important role with the near future to attract companies to the country to manufacture electric cars in particular. “The strong focus is electromobility,” he shared at a meeting with suppliers and automakers.

“There are so many factors that are being integrated, stuff that in Mexico they know how to handle, that’s why they’re coming to Mexico and they’re saying we’ve got a place that has a mix of those things.” There is a very diverse complexity of what they know how to do in different parts of the country,” he insisted.

Given Mexico’s plans to exploit lithium for the automotive industry, facilities are needed to train personnel, prosecutors and locate companies that want to manufacture electric batteries in the country, he said.