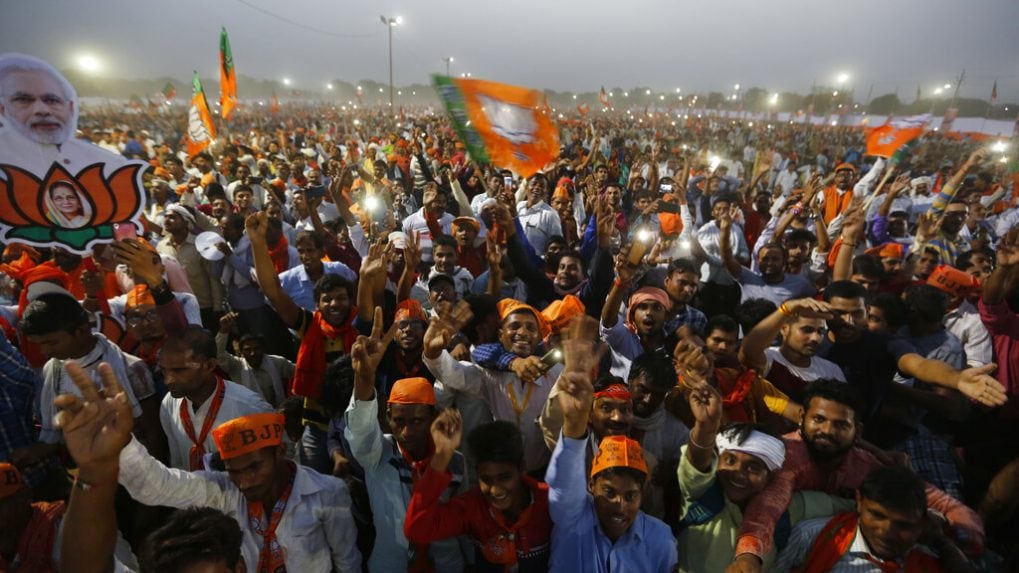 The Election Commission’s decision to prohibit large election rallies ahead of the 2022 state elections has ensured that media spending surpasses all previous records. But despite the digital focus, television channels continue to receive the largest share of advertising money ahead of the 2022 Uttar Pradesh assembly elections.

According to publicly available records, a total of Rs 5,500 crore was spent on UP elections in 2017. “This time the expenditure in the state will increase by at least 20-22 per cent,” says Ramasai Panchapakesan, SVP and national leadership, Integrated. Media Purchase, Zenith.

Panchapakesan tells Storyboard 18 that “we are heading towards a crazy time” in terms of media spending by political parties and individual candidates.

As per industry estimates, it is safe to say that this time Rs 6,500 crore will be spent on elections in the state.

Media officials say the ruling party will be the biggest spender. The media spending budget of the Bharatiya Janata Party (BJP) is said to be Rs 725 crore to Rs 800 crore, followed by the Samajwadi Party at Rs 250 crore and the Bahujan Samaj Party at Rs 200 crore and the Indian National Congress at Rs 150 crore.

It is clear that BJP is at the forefront of media spending. Even as per TAM data, the party led in the last three months of 2021 with over 95 per cent political ad entry on both national and regional television channels.

In fact, in the first half of January 2022, the BJP was the only party to advertise on both regional and national channels.

Popularity of TV in Uttar Pradesh

While most elections these days are said to be “fought” on social media, why focus on TV for Uttar Pradesh?

“About 65 per cent of the state’s population is rural and despite internet access, the reach and popularity of television is high. News channels have a major role in sending political messages, which is a combination of paid messaging along with organic editorial communication in the form of political advertising,” says Panchapakesan.

The reason behind TV’s highest media spending is also its expensive inventory. While advertising rates will increase by at least 20-30 per cent during election time, according to experts television is a costly platform that, when used extensively, drives up media expenditure.

“Television spending is always higher due to inventory pricing, despite there being no digital media engagement. While digital has seen a substantial increase in spending and will continue to contribute aggressively to AdEx, 50 per cent of spending still goes to TV in Uttar Pradesh when it comes to political messaging,” said Pradeep, President and MD, Axis My India Gupta says. The market research agency is also known for its exit polls.

Focus on language media and the printed word

Experts also suggest that there should be a massive focus on language media and regional channels as well as print media will benefit from political advertising.

The dialect and language in India changes every 60 kms and as Uttar Pradesh is the largest state with a diverse population, language media plays an important role in sending paid political messages.

“News, for example, in Uttar Pradesh, especially the regional language ones, still enjoy huge popularity for their long shelf life and reliability factor. Heavy editions with ad jackets, ad inserts and all other innovative formats will return to regional newspapers,” says Panchapakesan.

Coming to the print, TAM data shows that the Samajwadi Party dominated the sector with 13 per cent and 9 per cent political ad entry, respectively, between October-December 2021 and the first half of January 2022. The BJP, on the other hand, was second with 11 percent of advertisers and 8 percent of ad insertions in the same period.

Facebook at the forefront of political spending game on digital

“According to reports, digital advertising will account for over 60 per cent of global advertising spend in 2022 and the same trend will happen in India. Due to elections in Uttar Pradesh, Manipur, Punjab, Uttarakhand and Goa, there will be a huge jump in digital spending,” says Neeraj Sharma, Vice President – ​​Global Business at Global Media.

The trend is definitely continuing. The TAM AdEx report shows that the BJP dominated the list of advertisers on digital in January 2022, followed by the Indian National Congress.

Bhatia says, “This year, with the restrictions imposed by the Election Commission due to COVID (now extended till January 22), digital as a medium for campaigning at both party and candidate level has been taken to another level. Will go.”

“The use of social, display and video ads has been seen before at the party level. But now with the ban on traditional methods of campaigning, digital will be used in the same way that SMEs use digital self-service mediums like Facebook, Google and YouTube ads to promote businesses locally. Election candidates will be seen doing so at the booth level as well as using their personal profiles,” he further said.

The Facebook Ad Library shows Uttar Pradesh as the highest spender on the platform in the last 30 days.

Priyanka Gandhi’s project Ladki Hoon Lad Shakti Hoon has a single page on the platform and is the second highest spender on the platform, with around Rs 38.55 lakh spent on 400 funny advertisements about social issues, elections or politics in this period Huh.

On the other hand the Uttar Pradesh page of the Indian National Congress spent Rs 3.30 lakh on the platform in the last 30 days.

While the Google Ads report does not break down spending specifically, the Advertising Transparency Report shows Uttar Pradesh spent Rs 2.87 crore on political advertising between February 19, 2019, and the current date.

Elaborating on digital campaigns, Bhatia says that terms like digital dangal, digital marathon are being used for virtual rallies not only through social handles live streaming, but also through LED screens and VR technologies on a large scale. is also being used so that the message to be sent can be further enhanced.

To connect with the people ‘War Rooms’ are being set up with the armies of the people from the point of view of ORM. WhatsApp is another channel that is being used to influence people through massive group formations at every level right up to the booth. Also, conversation marketing will be introduced through the use of chatbots to leverage chat channels.

“The popularity of audio messaging is witnessing a major trend in UP with aggressive use of video chariots in election campaigns,” says Gupta.

Uses of OOH and DOOH

“The campaign will primarily be a hybrid with traditional OOH and a bit of digital OOH. Digital OOH will primarily be limited to LED vans or cantilever vans fitted with LED screens, where content will be shared with success stories, speeches, rally coverage, etc. The entire route of the van is mapped to ensure that it touches all electoral areas, and strategic points such as chowks and markets,” he explains.

For content, candidates will talk about their achievements, election manifesto, party’s promises and mandate, announcement of upcoming meetings and rallies, telecast of major rallies on LED vans, specially attended by dignitaries like PM Modi.

Nagro, Soravia and Google Cloud partner to shape the future of real estate

Tesla’s Musk says he ‘can no longer support’ Democrats, will ‘vote Republican’

Prince William: Before traveling to space, save the planet