Struggle and malaise have left their mark in 2022 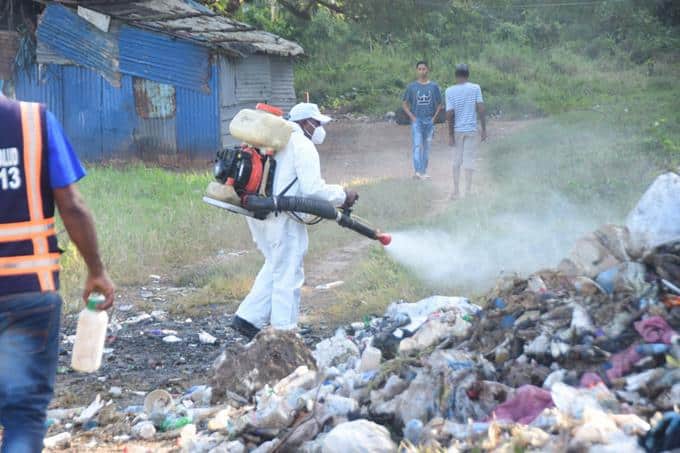 The result of medical stagnation, a high incidence of diseases caused by a circulating tridemic of respiratory viruses, dengue and other types of virus, and epidemics caused by monkeypox, cholera and natural events, amid conflicts that strained the Dominican health system. Alert, the year 2022 has passed in terms of health.

This was also the year that the Dominican government ended restrictions in place since 2020 due to the COVID-19 pandemic, including the use of masks, leaving safety decisions up to an individual decision.

Monitoring and monitoring to avoid natural events such as Hurricane Fiona, which primarily affected the eastern and northeastern regions, and the coexistence of a trough and tropical wave on November 5, which caused widespread flooding in Greater Santo Domingo Forced to activate rapid response functions. Outbreaks of infectious and gastrointestinal diseases typical of these events, although no outbreaks occurred, created a strain on the system.

In addition, some management changes of the Dominican Social Security System were recorded, including resignations and the appointment of a new general manager after complaints of five months without a body meeting. Shortly before the end of the year, a new superintendent of pensions was also appointed.

Two alerts of epidemic in a month

The month of October was very active, forcing the Ministry of Public Health to issue two epidemiological alert resolutions, first due to an outbreak of cholera detected in Haiti and then due to the high incidence of seasonal influenza among the Dominican population.

The detection of the first case of monkeypox also led to an increase in alerts for monkeypox, of which more than 30 cases were reported in the country, as well as a rise in dengue cases, which infected more than eight thousand in early December and 42 deaths.

On 5 November, the Ministry of Public Health issued an epidemiological alert for the flooding that occurred in Greater Santo Domingo and was followed by the passage of Hurricane Fiona in September, which mainly affected the east of the country.

In February, the Ministry of Public Health issued an epidemiological alert for flooding in the Central Cordillera and Northwest Line due to the risk of increased morbidity and mortality in flood-affected populations.

On 20 October, the country confirmed the first imported case of cholera since the outbreak in Haiti, in a 32-year-old Haitian woman who arrived in the country after staying for several days in Port-au-Prince and was admitted to Higue. I went. Hospital, La Altagracia Province.

On 6 July, it reported the first case of monkeypox in a 25-year-old man of Dominican nationality who had returned to the country from the United States. He was isolated at the Dr. Ramon de Lara Teaching Hospital.

In February, when the incidence of the Omicron variant in the population was still very high, the Dominican government announced the end of all restrictions against the virus, including the use of masks, being one of the first countries to adopt this decision.

This generated controversy among a portion of the scientific population who viewed the measurement as hasty, and others who supported it. It took a few days for the population to assimilate the decision, but soon after, the use of masks was reserved for certain people. Despite the fact that the year began with proposals from the Ministry of Public Health, which established the mandatory introduction of the third dose of the COVID-19 vaccine by January 31, a period that was later extended to February 21, Later it was abandoned amid people’s indifference regarding vaccination.

After extensive consultations and meetings, through informed consent of parents and guardians of children aged five to 11, vaccination against COVID-19 was approved, aimed at 1,378,000 children from Chinese pharmaceutical company Sinovac. have to reach.

The possibility of people buying home tests to determine the virus was also opened.

In the months of November and December, in view of the increase in the indicators of COVID-19, some people and institutions resumed the use of masks in their work areas and the authorities advised to use it, but voluntarily and self- pleading for care.

This year, the CMD’s struggle with professional, social and popular organizations for change in the social security system evolved into calls for marches, strikes, work stoppages, dissent under the slogan No ARS, No AFP. From ARS Universal, return services to Mapfre Salud at the national level and ARS Smarak in the northern region, Rensar in the south and ARS Simag in the east at the regional level.

Faced with the impossibility of reaching consensus, the Council of National Social Security (CNSS) created a special commission in search of reaching agreements that would put an end to the conflict and provide peace of mind to members of the system.

The CMD’s demands include the creation of a basic health scheme based on all the health needs of the people; A health model that is not based on rates for people’s out-of-pocket and services provided, integrated and indexed, and payment for outpatient consultations among others.

During this year, the Council of National Social Security (CNSS) issued Resolution No. 553-02, where it provided for the expansion of coverage of prescription drugs and high-cost care, and a 50% reduction in the co-pay incurred by the member. established. Contributory regime for hospitalization services, caesarean section, surgery, kidney transplant and other high cost ailments.

Coverage of cancer treatment and other high-cost maladies was increased by one million pesos and coverage of equipment needed in minimally invasive procedures included, among others.

Facing the circulation, at the same time, of three respiratory viruses, such as Covid-19, Influenza and Syncytial, with a high incidence in the population of different countries, including the Dominican Republic, which is called “tridemic” by experts. and recommending to the authorities that the population resume the use of masks as a protective measure.

Clinics, hospitals and specialists report a significant increase in consultations and emergencies for patients with any of these respiratory disorders or dengue in the last months of the year.

During this year, the Ministry of Public Health intensified its initiative “La Ruta de la Salud”, with the aim of bringing guidance and medical care to provinces with high indicators of hypertension, obesity, overweight, diabetes, sedentary lifestyle. , heart disease, among others.

A study of the nutritional status of students of beneficiaries of the School Feeding Program of the Dominican Republic, 2021-2022, revealed that 31.1% of students are overweight-obese, with the country’s northern region being the most prone and 45.29% of students being overweight Huh. Students’ diets are unhealthy and only 6.9% of students do the physical activity recommended by the World Health Organisation.

A study presented in 2021 by the Ministry of Public Health (MSP) identified as “First Conference on Arterial Hypertension: Prevention of Diabetes and Obesity” determined the prevalence of obesity at 33.6% and overweight at 36.5%, which gives a prevalence of overweight and obesity of 70.1%.