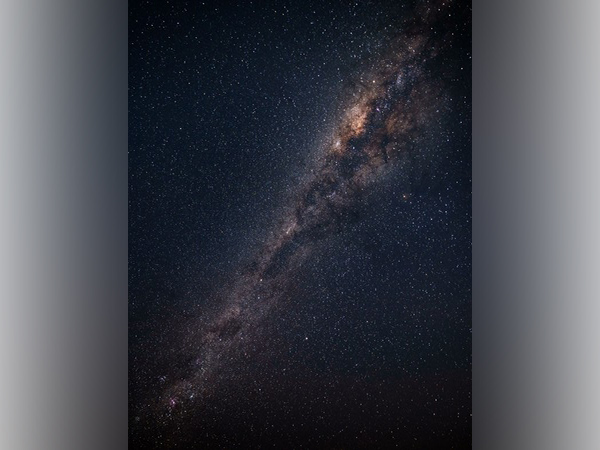 Washington [US], June 20 (ANI): Astronomers using data from the VLA Sky Survey have discovered one of the youngest known neutron stars, possibly only 14 years old. The dense remnants of a supernova explosion were revealed when bright radio emissions driven by the pulsar’s powerful magnetic field emerged from behind a thick shell of debris from the explosion.
The object, named VT 1137-0337, is in a dwarf galaxy 395 million light-years away from Earth. It first appeared in a VLASS image created in January of 2018. It did not appear in the same area image created by the VLA’s first survey in 1998. It continued to appear in VLASS comments later in 2018, 2019, 2020 and 2022. ,
“What we are most likely seeing is a pulsar wind nebula,” said Dillon Dong, a Caltech graduate who will begin a Jansky Postdoctoral Fellowship at the National Radio Astronomy Observatory (NRAO) later this year. A pulsar wind nebula forms when the powerful magnetic field of a rapidly spinning neutron star accelerates surrounding charged particles to nearly the speed of light.
“Based on its characteristics, this is a very young pulsar — ​​possibly only as young as 14, but no more than 60 to 80 years old,” said Greg Hallinan, Dong’s PhD advisor at Caltech.
The scientists reported their findings at the American Astronomical Society meeting in Pasadena, California.
Dong and Hallinan discovered the object in data from the VLASS, an NRAO project that began in 2017 to survey the entire sky as visible from the VLA – about 80 percent of the sky. Over a period of seven years, VLASS has been conducting a full scan of the sky three times, with one of the objectives of finding ephemeral objects. Astronomers found VT 1137-0337 in an earlier VLASS scan from 2018.
The VLASS scans were compared with data from the earlier VLA Sky Survey, called FIRST, which detected 20 particularly bright transient objects that may be associated with known galaxies.
“This one stood out because its galaxy is experiencing an explosion of star formation, and also because of the characteristics of its radio emissions,” Dong said. The galaxy, called SDSS J113706.18-033737.1, is a dwarf galaxy with about 100 million times the mass of the Sun.
In studying the characteristics of VT 1137-0337, astronomers considered several possible explanations, including a supernova, a gamma ray burst, or a tidal disruption event in which a star is torn apart by a supermassive black hole. He concluded that the best explanation is a pulsar wind nebula.

In this scenario, a star much more massive than the Sun exploded as a supernova, leaving behind a neutron star. Most of the mass of the parent star was blown outward as a debris shell. The neutron star spins rapidly, and as its powerful magnetic field spins into the surrounding space, it accelerates charged particles, producing strong radio emissions.
Initially, radio emissions from the debris shell of the explosion were blocked from view. As that shell expanded, it became progressively less dense until eventually radio waves could pass through the Pulsar Wind Nebula.
“This happened between the first observation in 1998 and the VLASS observation in 2018,” Hallinan said.
Perhaps the most famous example of a pulsar wind nebula is the Crab Nebula in the constellation Taurus, the result of a supernova that brightened in the year 1054. The crab is easily visible today in small telescopes.
“The object we found appears to be about 10,000 times more energetic than a crab with a strong magnetic field,” Dong said. “It is likely to be an emerging ‘super crab’,” he said.
While Dong and Hallinan consider VT 1137-0337 to be a pulsar wind nebula, it is also possible that its magnetic field is strong enough for a neutron star to qualify as a magnetar – a class of super-magnetic objects. Magnetars are a prime candidate for the origin of the mysterious Fast Radio Burst (FRB), now under intense study.
“In that case, it would be the first magnet caught in the act of being revealed, and that is extremely exciting, too,” Dong said.
In fact, some fast radio burst has been constantly found to be associated with radio sources, whose nature is also a mystery. They have a strong similarity for VT 1137-0337 in their properties, but have not shown any evidence of strong variability.
“Our discovery of a very similar source switching suggests that radio sources associated with FRBs may also be luminous pulsar wind nebulae,” Dong said.
Astronomers plan to make more observations to learn more about the object and monitor its behavior over time.
The National Radio Astronomy Observatory is a feature of the National Science Foundation, which is Associated Universities, Inc. (ANI) under cooperative agreement.

The Red Sox RHP Tanner Hook will have a chance at the start-up rotation, glowing out of comfort