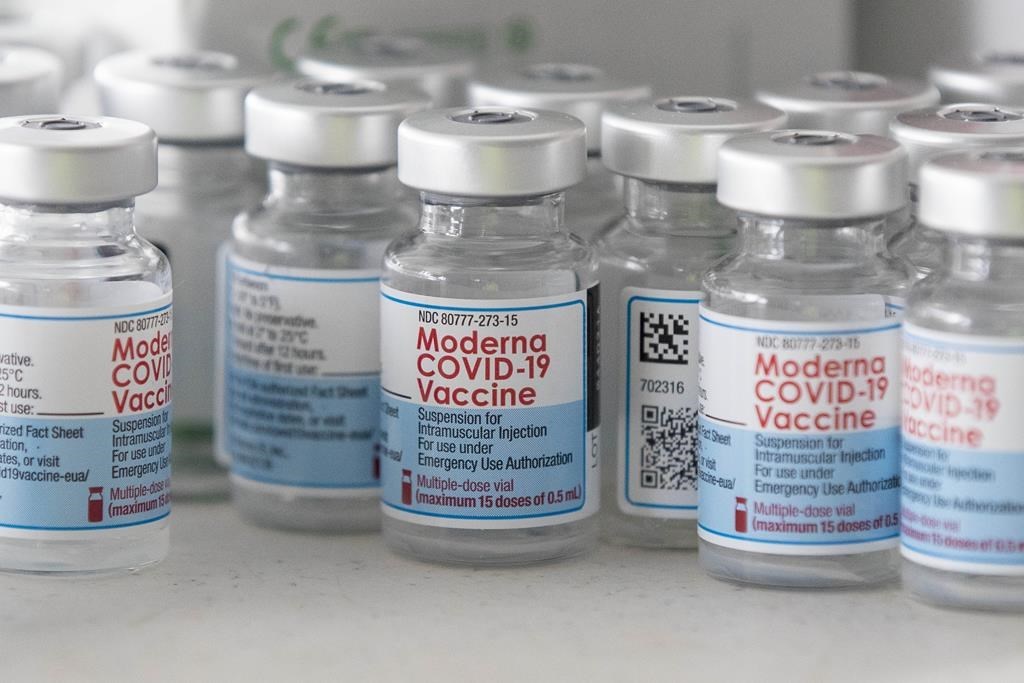 Moderna’s COVID-19 vaccine may produce a stronger antibody response than Pfizer-BioNTech’s in patients undergoing dialysis for kidney disease, a Canadian study suggests, but researchers say more data is needed to determine what that means for protect

Moderna’s COVID-19 vaccine may produce a stronger antibody response than Pfizer-BioNTech’s in patients undergoing dialysis for kidney disease, a Canadian study suggests, but researchers say more data is needed to determine what that means for protecting vulnerable populations against the virus.

Researchers looked at levels of spike antibodies and antibodies against the receptor-binding domain (RBD), the portion of the virus responsible for cell entry. The study did not analyze T-cell responses, which could offer insight into how vaccines protect against severe disease and death.

Co-author Dr. Michelle Hladunewich, a nephrologist and associate scientist at Sunnybrook Health Sciences in Toronto, said that’s the next step of her team’s study.

“Sometimes our patients (say): ‘Oh, I didn’t get a good response,’ but we always remind them there’s many components of immunity and we’re studying just one of them,” she said. “These studies help say that vaccination is critical, no matter what (vaccine) you’re offered.

“We had patients decline Moderna and there’s no need to. If anything, in some at-risk populations there’s some early signals that it might be a little bit better.”

The research included 224 patients undergoing dialysis —129 who received the Pfizer vaccine and 95 who took Moderna — at two Toronto centers from Feb. 2, 2021 to July 20, 2021. The mRNA vaccine administered at each center was based on supply, with one offering Pfizer and the other Moderna.

The average age of Moderna recipients in the study was 62, compared to 72 for Pfizer. But Hladunewich said the difference in antibody levels remained after researchers accounted for age and other factors that could influence immune responses, including diabetes, organ transplant and heart disease.

The researchers have since extended the study to examine antibody levels following booster doses, with results expected in the coming weeks. The team is also looking at antibody responses following a mixed-vaccine series.

“We’re analyzing the results now and that’ll give us more information,” Hladunewich said. “It may be that once you get to the third dose it doesn’t matter which one you get, or perhaps even a mix might be better.”

Canada’s National Advisory Committee on Immunization already strongly recommends a third dose of an mRNA vaccine for the immunocompromised. NACI’s website notes that studies suggest Moderna “may produce a greater immune response in this population,” and adds that “investigations are ongoing.”

Health Canada said in an email that “NACI constantly reviews all of the available data on vaccines and updates its guidance in light of the evolving evidence.”

Hladunewich said it’s unclear why Moderna may elicit a stronger response than Pfizer among dialysis patients. But the 100-microgram dose, compared to 30 micrograms, and the 28-day recommended interval between jabs, rather than 21, could play a role.

She said the goal of the study was to measure antibody responses specifically in dialysis patients, an immunocompromised population that has seen COVID-19 mortality rates between nine and 28 per cent.

“It was clear that this was a population that was uniquely at risk … (and) once they did get it, they had really high morbidity and mortality,” she said. “When you’re on life-sustaining therapy and you need to get to a dialysis unit three times a week, you put yourself at a lot of risk.”

She said kidney disease patients who received Pfizer shouldn’t feel discouraged by the study, adding that both vaccines provide excellent protection — especially when followed by a booster.

“These are really good tools,” Hladunewich said. “We have seen (dialysis patients) do so much better through this wave than they have done through all the rest of the waves. And I do think very much the third dose is the charm.”

This report by The Canadian Press was first published Feb. 3, 2022.

Texas Grid May Be Showing Signs Of Faltering | OilPrice.com