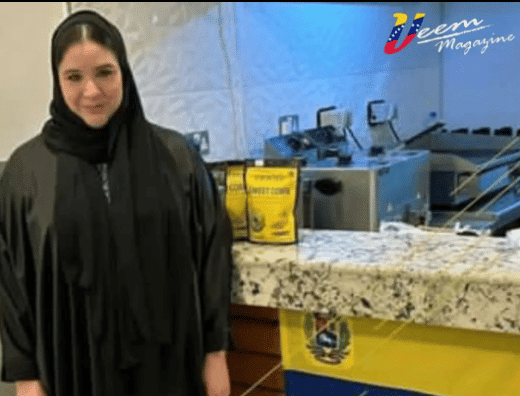 Currently the whole world is focusing on the Qatar 2022 World Cup and the Venezuelan diaspora has not been left out of the event. Doha Roastery (@doha.roastery) Located in the capital of the Middle-Eastern country, a Venezuelan cuisine restaurant that has delighted Qataris and soccer fans alike.

Aryam Elizabeth Ladera, 37, of Caracas, told El Pitazo that she decided to open her own restaurant in 2017, focused on Venezuelan food, after immigrating to a country so far from her homeland and whose culture influenced her Remembered the distinctive flavors of Creole gastronomy.

«I decided to emigrate because I fell madly in love with a Qatari man who lived on the other side of the world. When I met him, I was already a Muslim, because I converted to Islam 18 years ago (…) I moved to Doha as soon as I got married, and Qatar became my second home, ”said Ladera.

The Venezuelan and her husband were married eight years ago at the Ibrahim bin Abdul Aziz Al Ibrahim Mosque in Caracas and have three daughters. “Although I always miss my country, I am very grateful to have put down roots here,” said the Venezuelan.

According to Ladera, the idea to open his own business arose from the nostalgia he had for tasting his homegrown flavors. «I am a professional cook. I needed to go back to work in my field and decided to do something that would preserve the Venezuelan flavor here.

Both she and her husband studied the field of specialty coffees to incorporate it into the menu, where customers can choose an arepa, tecnos, cachapas, tripe, tres leches and other preparations with a Venezuelan stamp. He said, ‘It is a process in which even today we are adding new things. We want to see the Latin American and Venezuelan communities grow,” he said.

Aryam Ladera says that there are many Venezuelan families in Qatar and Qataris love the taste of Venezuelan food, but they are keen to try specialty coffee, which is why they included it in their project.

The Venezuelan player assured that she has a lot of work to do since the arrival of tourists wishing to attend the 2022 Football World Cup. “We’re happy with what happened with this World Cup (…) The fans haven’t stopped talking. It’s a pleasure to be here (…) I’m very proud that I’m in this area today.” With the only Venezuelan gastronomy restaurant I have been able to receive and please fans”, she commented.

The Venezuelan expatriate says she hopes to always be available to visitors and do something to introduce them to the flavors and customs of her native country.