Sue Gray and Boris Johnson had a private meeting to discuss the handling of the partygate report, Sky News can reveal.

The pair discussed where Ms Gray believed the Metropolitan Police were with the inquiry, and Whitehall’s understanding of where the police were on interviews.

The revelation of an undisclosed meeting is likely to trigger surprise given the forthcoming report has repeatedly been described as independent.

Further details of the meeting are sketchy, with confusion over whether the inclusion of pictures in the report was discussed and who initiated the meeting.

The prime minister is saying he wants to disclose the maximum available information now to get the issue out of the way so would not have pressured her to drop the report, it is claimed.

The pair would not have discussed the judgements that senior civil servant Ms Gray was preparing to come to in the report, multiple sources say.

Earlier, a Downing Street said he would “not get into specifics” when put that Ms Gray’s team had been in contact with the prime minister about the upcoming report.

Just earlier today, whether Downing Street was negotiating over who is named in Ms Gray’s report, the added: “Sue Gray is compiling the report independently and how she does that, and the contents of it, and what is presented is entirely a matter for her.”

However, all sides are likely to argue the meeting was above board given Mr Johnson commissioned the report.

Earlier in the process there were robust procedures to ensure Number 10 did not know about the contents of the interim report.

The meeting is understood to have taken place on a date before the Commons voted to refer Mr Johnson to the privileges committee which happened on 21 April.

Partygate report soon to be released

On Thursday, the Metropolitan Police confirmed they had ended their investigation into lockdown-breaking parties in Downing Street and Whitehall, and had given out 126 fines for 83 people.

The £460,000 investigation into the partygate scandal, which has lasted nearly four months, has already resulted in fines for the PM, his wife Carrie Johnson, and Chancellor Rishi Sunak over a birthday gathering for the prime minister.

Read more: How much did the partygate inquiry cost and which events broke the rules?

After the end of the inquiry, Downing Street said the prime minister had been told that there would be no further action against him.

The PM’s official said: “He’s pleased the investigation’s concluded but at no point has it distracted him from the important issues facing the country.”

Sky News understands that Carrie Johnson has also been told there will be no further action against her.

Labor leader Sir Keir Starmer, who has called for Mr Johnson to quit over his fine, said the investigation had shown “industrial scale law breaking in Downing Street… that reflects a culture and the prime minister sets the culture”.

The investigation saw the Metropolitan Police make referrals for fixed penalty notices (FPNs) – which have been or will be issued – in relation to events on eight dates from May 2020 to April 2021.

Police said a team of 12 detectives had trawled through 345 documents including emails, door logs, diary entries and witness statements, 510 photographs and CCTV images, and 204 questionnaires in what they described as a “careful and thorough” investigation.

Read more: What is the Sue Gray report and what can we expect from the full findings?

Detectives have not publicly disclosed the identities of those fined. It is known that among them is former government ethics chief Helen MacNamara, who apologised for an “error of judgement”. 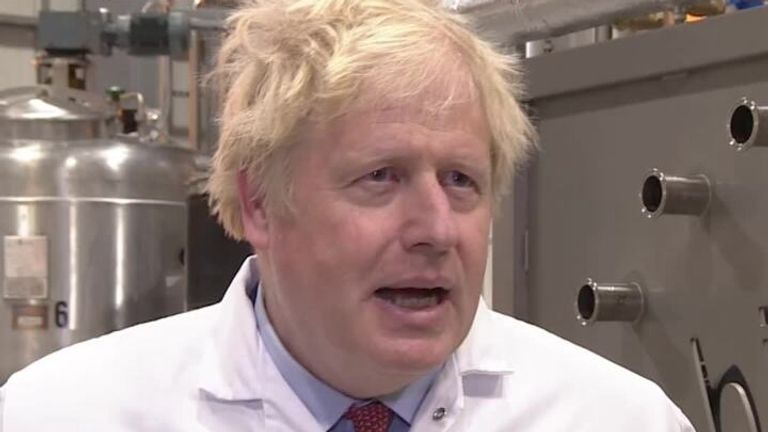 No apology after Met partygate report

The Met said that 28 people had received between two and five penalty notices.

The conclusion of the police investigation clears the way for Ms Gray’s report into the parties to be published in full.

A source close to her team said the aim was to publish it as soon as possible, with likely next week.

Sky News understands discussions about whether or not to name senior civil servants who have been awarded fines are ongoing.

Downing Street said Mr Johnson will “talk in more detail” about the scandal after the report is published.

Mr Johnson also faces a parliamentary investigation into whether he misled the House of Commons about the parties.

Don’t Depend on LNG Imports

Where can I watch James Bond movies in Australia?

Fear of lockdown! Migrant laborers from different parts of Maharashtra left for their homes