Super Bowl 56: Here are the players and coaches with Maryland ties on the Rams and Bengals 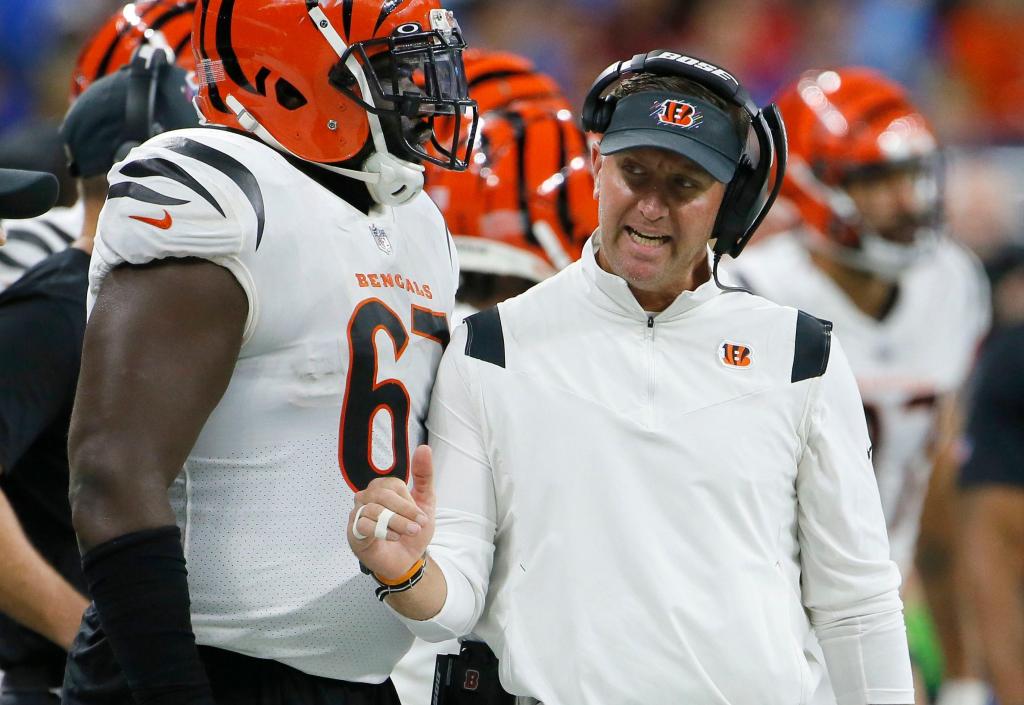 Sunday’s Super Bowl 56 matchup between the NFC’s Los Angeles Rams and the AFC’s Cincinnati Bengals will have some local flavor.

Here is a list of players and coaches with Maryland ties to look out for at SoFi Stadium in Inglewood, California:

Funk, a seventh-round pick in the 2021 draft, is in his first year with the Rams after rushing for 968 yards and 10 touchdowns in five seasons at Maryland. In 2020, Funk was named third-team All-Big Ten after leading the league in yards per carry (8.60). The now-24-year-old was a star at Damascus High School, where he ran for 2,866 yards and 57 touchdowns as a senior while leading the Hornets to the Class 3A state title.

The six-time Pro Bowl safety played three seasons for the Ravens, totaling 220 tackles and 10 interceptions from 2016 to 2019. The 37-year-old Weddle’s journey to the Super Bowl is unique. The 12-year veteran, who also played nine seasons with the Los Angeles Chargers, was retired for nearly two full seasons when the Rams signed him ahead of their wild-card-round victory over the Arizona Cardinals last month.

During Weddle’s decorated career, he has recorded 1,179 tackles, 29 interceptions and 38 tackles for loss.

The Jacksonville, Florida, native started his career as a walk-on at the University of Alabama at Birmingham before earning first-team All-America honors by Pro Football Focus as a senior in 2017. After going undrafted in 2018, Williams, 29, signed with the Ravens and played three games in Baltimore before being released. He signed with the Rams in October 2018 and eventually grew into a reliable defender for Los Angeles, starting 26 games over the past three seasons. He’s set to become an unrestricted free agent this offseason.

Jones, a second-year linebacker, played for the Terps in 2019 after appearing in 34 games in three seasons at Ohio State. During his lone season at Maryland, he led the team in tackles for loss (15), sacks (seven) and forced fumbles (three) to earn an All-Big Ten honorable mention.

Read Also:  Omar Kelly: Dolphins' commitment to Tua is not unanimous and it could hurt finding a coach

Jones, 24, signed with the Chicago Bears as an undrafted free agent but was waived before the start of the 2020 season. He was on the Bengals’ practice squad for the majority of the last season and played in two games late in the year before being added to the 53-man roster.

Coming out of Good Counsel in Olney, Jones was a four-star recruited and played in the Under Armor All-American game as a senior.

The Owings Mills native starred at Good Counsel and was selected to play in the 2010 US Army All-American Bowl. He played three seasons at Michigan before transferring to Auburn for his senior year.

Countess, 28, was picked by the Philadelphia Eagles in the sixth round of the 2016 draft and had stints with the Rams, New York Jets and Ravens before joining Los Angeles again before its Super Bowl run.

Kerr helped Quince Orchard win a state championship in 2007 before playing at Maryland under former coach Ralph Friedgen. Kerr played two seasons with the Terps before transferring to Delaware and later signed with the Indianapolis Colts as an undrafted free agent in 2014.

The 31-year-old Kerr also played for the Denver Broncos, Carolina Panthers, Arizona Cardinals and San Francisco 49ers before being signed by the Bengals off the Cardinals’ practice squad last month.

Havenstein, 29, has made 99 starts in seven seasons for the Rams after being picked in the second round in the 2015 draft. The former Wisconsin star was named consensus first-team All-Big Ten in his final college season and was invited to the 2015 Senior Bowl. He made an immediate impact with the Rams, earning All-Rookie honors from the Pro Football Writers of America.

The Mount Airy native played for Linganore High School and was considered the top offensive tackle in Maryland and No. 33 tackle in the country in the Class of 2010.

A native of Greenbelt in Prince George’s County, Prince was a four-star prospect and the No. 1 player in the state of Maryland coming out of Eleanor Roosevelt High School in 2015. He was a three-year starter at right tackle for Ohio State, earning first-team All-Big Ten honors as a senior before being picked by the Miami Dolphins in the sixth round of the 2019 NFL draft.

Prince, 24, played four games in Miami before being released and joined the Bengals in December 2019. After opting out of the 2020 season because of coronavirus concerns, Prince took over at right tackle when Riley Reiff suffered a season-ending ankle injury and helped the Bengals reach the Super Bowl for the first time in 33 years.

The 68-year-old Duffner, who has coached in the NFL for 25 years, was the Bengals’ linebackers coach and defensive coordinator from 1997 to 2002. He coached for the Green Bay Packers, Dolphins, Jacksonville Jaguars and Tampa Bay Buccaneers before rejoining the Bengals’ staff as a senior defensive assistant in 2019.

Simmons entered the NFL in 1998 with the Ravens, serving as assistant special teams coach and assistant strength and conditioning coach. Now in his 19th season with the Bengals, he stands as the longest-tenured coach on staff, spending the entirety of his time in Cincinnati leading the special teams. Simmons, 48, also coached with the Panthers from 1999 to 2002 before joining the Bengals in 2003.

Spirit canceled thousands of flights for the fourth consecutive day