Supercomputer predicts mass extinction on Earth, the cause of the apocalypse and when it will happen Scientists in Australia and several European countries used a supercomputer to develop a “virtual Earth”. with which he predicted the mass extinction of our planet, the cause of our end and when this apocalypse would occur,

According to the report published on the Rock & Pop website, experts were able to better map and model the mass extinction of all species on Earth. due to climate change,

Giovanni Strona, lead author of the study and an expert at the European Commission, and Professor Corey Bradshaw of Flinders University in Adelaide, Australia, He argued that Earth is “already in its sixth mass extinction, driven by human activity and climate change.”,

How is Virtual Earth?

Scientists created a world with more than 15,000 “food webs” to predict the fate of species. With these networks they can model “co-extinction”, that is, species that die out because they die out as a result of climate change,

In Virtual Earth, species were linked by “who eats whom”, then climate change and land use were applied to generate future projections of both biodiversity loss and extinction.

Strona explained: “Essentially, we’ve populated a virtual world from scratch and mapped the resulting fates of thousands of species across the planet to determine the likelihood of real-world tipping points., 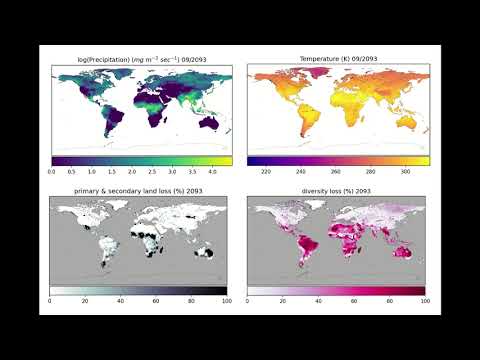 Bradshaw concluded: “Children born today and living to the age of 70 will witness the disappearance of thousands of plant and animal species.From the tiniest orchids and tiniest insects to iconic animals like elephants and koalas,