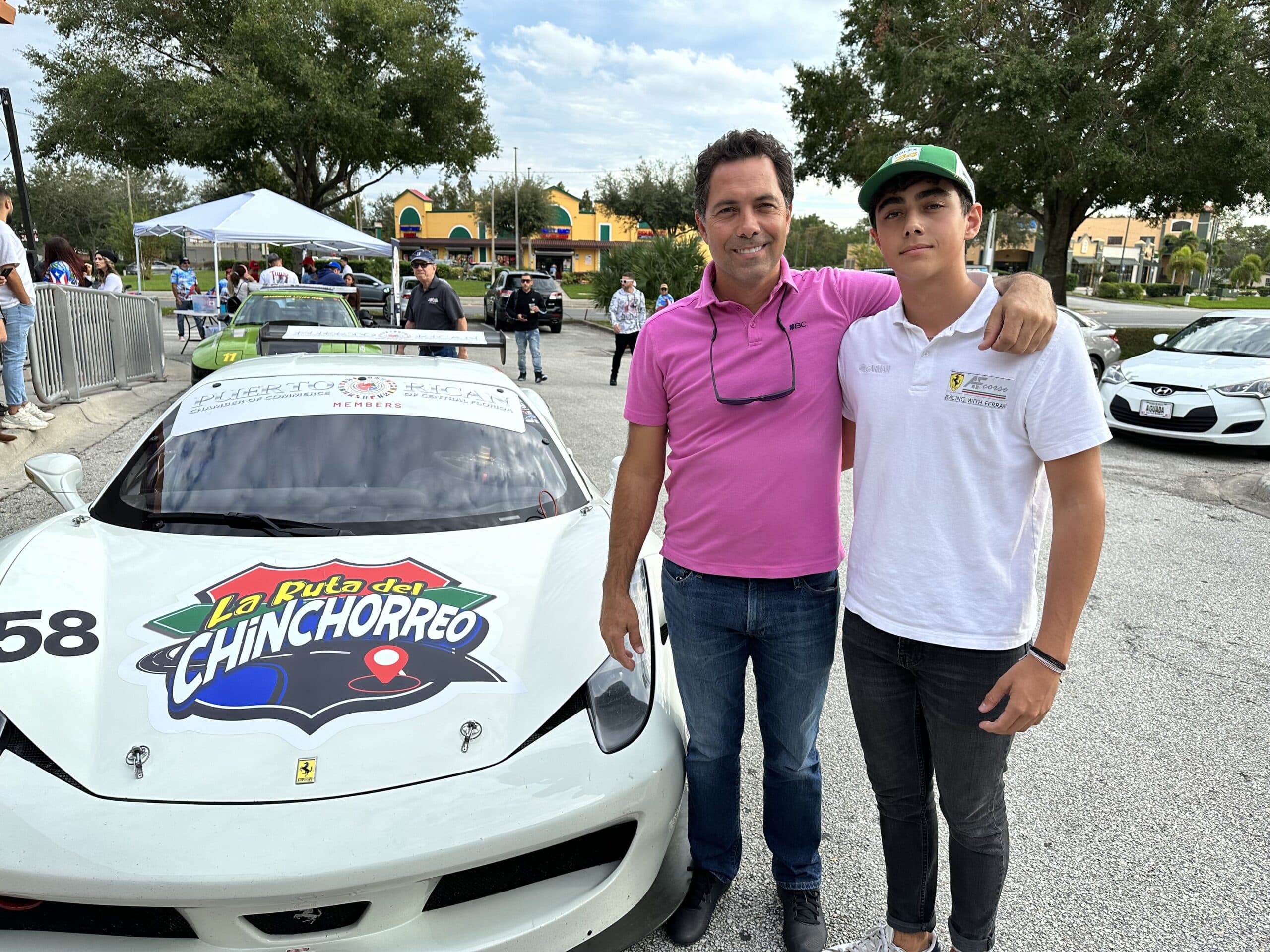 “The Chinchorio Route” was born to support small businesses and highlight the talents of young car racers.

Chinchorio is the custom of Isla del Encanto where diners visit small shops or restaurants where Creole food and wine are sold. In Central Florida, other restaurants have been added, such as MU, which serves a mix of Dominican, Puerto Rican, and Colombian cuisine with cuts of meat.

“The idea is to unite what Bilda and I do. She works in tourism and I in marketing, so we unite the two industries in this concept that was created before the pandemic, ”explained the president of Jorge Figueroa Central Florida Puerto Rican Chamber of Commerce (PRCCCFL).

The Chinchorio Route made its second tour in the month of November.

It was attended by businessmen affiliated with the PRCCCFL and attended by young Venezuelan 17-year-old Alex Popo Jr., who was accompanied by his father, a car racer who had won the Le Mans Series in France and the Rolex Series at Daytona. ,

“The first pass we had was Kennet Canales, a 17-year-old Ecuadorian who finished fifth in his first race. We want to support young people because they are our future and the Puerto Rican Chamber of Commerce is also supporting this initiative. so that small businesses can be a part of the chamber, because we have special events Lira Motorsports Performance in NASCAR Figueroa said.

The Chinchorro Route was well organized for the month of November, with set rules and stops at the Restaurant with My Friends in Orlando, Rancho Latino Lechonera and MU Restaurant in Kissimmee and El Chinchorro.

“We were finally able to route and this is the second one. The idea is to bring exposure, support small Hispanic businesses. You don’t have to be Puerto Rican to participate, though [chinchorrear] It’s a very Puerto Rican tradition,” added Figueroa.

Meanwhile, Lira Motorsports Performance has partnered with the PRCCCFL to support Hispanic drivers with this type of activity. Young racer Alex Jr. has been racing go-kart Formula 4 for 6 years and is a NASCAR talent in his first race held on November 26th.

“I have loved cars since I was little and my father and my grandfather raced too, I follow in their footsteps. Now we are with Liras Motorsport who is giving me the chance to race with them. We are NASCAR top Creating a division as a ladder to reach the series, which is the highest category”, commented the Venezuelan driver.

You may also be interested in: Chef Roberto Treviño’s Micro-Restaurant to Delight the Puerto Rican Palate