Suzal: The Vortex Review: The twists and turns of this web series will keep you glued to your seats 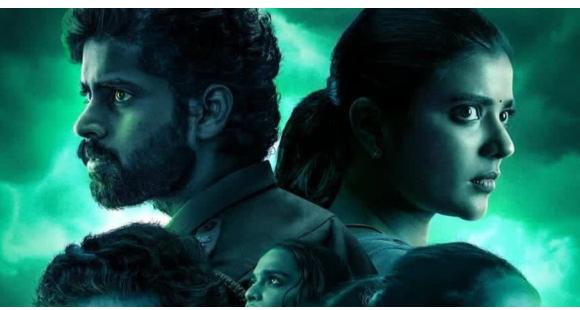 Sujal – The Vortex is a web series that released today on Amazon Prime Video and undoubtedly, it is one of the best web series released in recent times. The trailer of the series received a lot of praise from the audience and critics and the series is worth all the wait. Directed by Bramma and Anuchan, the series is written and produced by Pushkar and Gayatri, who are popular for making Vikram Vedha one of the blockbuster films of the Tamil film industry. Presenting our review of Sujal.

In a village called Sambalur, lived Shanmugam (Parthiban) with his younger daughter Neela. Shanmugam works as a union leader in a cement factory. One night, a fire breaks out in the factory and many workers lose their lives in this accident. The next morning, he learns that his daughter Neela has gone missing and tries to trace her whereabouts with the help of his friends. After learning that her sister has gone missing, Nandini (Aishwarya Rajesh) comes to start the search for her sister.

On the other hand, CI Regina (Shriya Reddy) and SI Chakraborty (Kathir) are investigating the case of fire incident. Since Shanmugam and the union members were against the factory and the rules, Regina thinks Shanmugam has something to do with the accident.

At the same time, they come to know about Neela’s disappearance and it becomes the talk of the village. Soon, Chakraborty gets a CCTV footage which shows that Neela has been kidnapped. After much investigation, it is found that Regina’s only son Adhisayam is the main culprit behind this crime. Digging deeper into what really happened, the families of Neela and Adhisayam learn that they both ran away but had pre-planned the kidnapping scene to fool their parents. But the police, who are trying to trace their whereabouts, found nothing but their bodies in a mine. It is murder not suicide. The twists do not end here. After all, what happened to these lovers will have to wait for the second season of Sujal.

Now let’s talk about the demonstrations. In this web series, every actor stunned with his performance. Sreeya Reddy is returning to acting after a long time and it was great to see her. No one else could have done the role of Regina so easily. Kathir once again proved his mettle with this web series and the way he portrayed emotions is something that his fans will love. He is the soul of the series.

Parthiban has got to play an amazing character. He played the role of a father to two daughters and the vengeance was shown well in him.

Aishwarya Rajesh plays someone who has anxiety problems, but is depressed because of the things happening in her life. He is an asset to this series. Everyone just got the iron of their performance.

Talking about the writing part and the story, it is known that Pushkar and Gayatri worked on it. That’s when expectations got even higher. There is no scene that will bore you here. So many twists and turns that the end of Season-1 will leave you in shock and despair that it is already over. Undoubtedly, it is worth all your time.

How globalization affects the art world