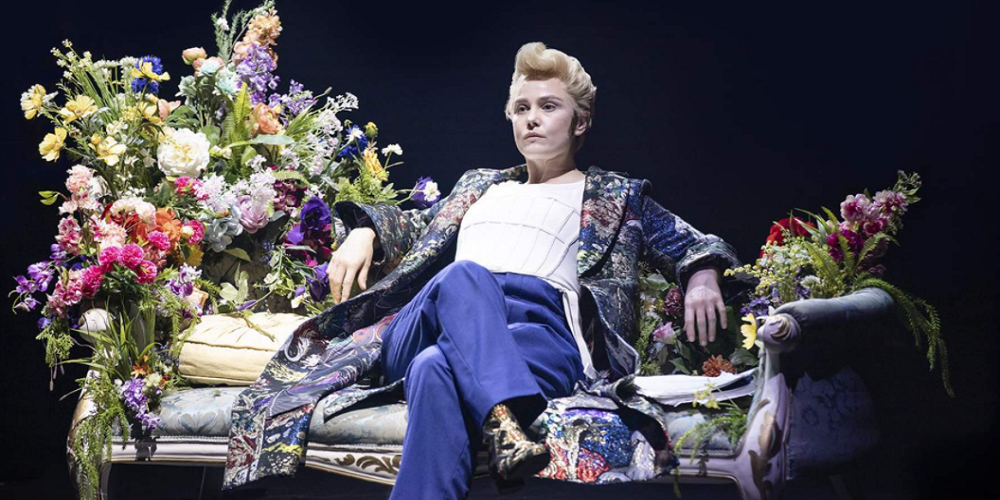 Sydney Theater Company Artistic Director Kip Williams has unveiled Act 2 of their 2022 season, nine shows from May to December to round out the year which he says:

Are The result of the perseverance and boundless dreaming our artists and creative teams have done during successive lockdowns.

Two plays rescheduled from our 2021 Season:

Williams says Act 2 is full of incredible writing – both classic and contemporary – and is a testament to the resilience and creative prowess of some of the most talented creatives in the industry.

This is one of my favorite collections of plays we’ve offered during my time at STC.

Act 2 offers not only towering pieces of classic work, but also continues STC’s commitment to sharing the best contemporary theater from Australia and around the world. It is a program full of spectacular, diverse writing, brought to life by some of our country’s most incredible artists. I can’t wait for audiences to share in the magic we’ve been dreaming up.

Act 2 will kick off in May with a new production of Meyne Wyatt’s urgent, powerful and critically acclaimed play City of Gold (a co-production with Black Swan State Theater Company). Directed by STC Resident Director Shari Sebbens (The 7 Stages of Grieving) and starring Wyatt himself alongside a fabulous ensemble cast, City of Gold is a gripping and innovative mixture of uninhibited truth-telling, social satire, and heartbreaking realism. This will be followed by Emme Hoy’s whip-smart adaptation of Anne Bront’s The Tenant of Wildfell Hall, co-commissioned and developed with the National Institute of Dramatic Art (NIDA). Hoy, who was part of the inaugural STC Emerging Writers Group in 2017, took inspiration from the irreverent comedy of Fleabag and lush beauty of Pride & Prejudice for this contemporary interpretation starring Tulli Narkle (Black is the New White tour). Hot on the heels of her critically-acclaimed Prima Facie, playwright Suzie Miller has written RBG: Of Many, One, a one-woman play based on the life of the iconic Ruth Bader Ginsburg which will be performed by Heather Mitchell. Playwright and screenwriter Angela Betzien (The Hanging) returns to STC with Chalkface, a satirical comedy and co-production with State Theater Company South Australia about the working lives of primary school teachers starring Catherine McClements.

In a new adaptation of Robert Louis Stevenson’s Strange Case of Dr Jekyll and Mr Hyde starring Ewen Leslie (Julius Caesar), Artistic Director Kip Williams will bring his unique vision to one of the most gripping, intricate and thrilling mysteries ever told.

Icon Sigrid Thornton will make her long-awaited STC debut in the Broadway hit, The Lifespan of a Fact, which has been rescheduled from 2021. This semi-factual, semi-fictional joyride through the post-truth media landscape will be directed by Associate Director Paige Rattray.

Also rescheduled from our 2021 Season is Lorraine Hansberry’s A Raisin in the Sun, a landmark play in the history of American theater and a turning point for African American storytelling. STC’s production will star Zahra Newman (Julius Caesar) and Bert LaBonté (All My Sons) and will be directed by STC Resident Director Shari Sebbens.

The final show of the year, Shakespeare’s profound The Tempest, will see stage and screen legend Richard Roxburgh return to tread the STC boards for the first time in seven years (following his performance alongside Cate Blanchett in STC’s The Present in 2015). Roxburgh will play ageing magician Prospero, and will be joined by a yet-to-be-announced large ensemble cast.

All five plays in STC’s 2022 Act 1 season – Triple X and Blithe Spirit directed by STC Associate Director Paige Rattray, Grand Horizons directed by Resident Director Jessica Arthur, White Pearl directed by Priscilla Jackman and The Picture of Dorian Gray directed by Williams – are either already on stage or due to open over the next few months.