Take care of your health: a slice of panettone is equivalent to eating 10 loaves of bread, warns EsSalud 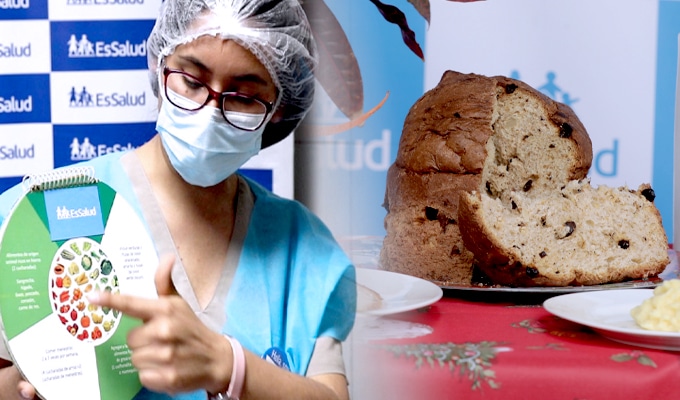 The Social Security of Health (Essalud) recommends that the population have a balanced diet and healthy end of year parties, especially for children, in order to avoid overweight and obesity.

“on dates like christmas and new yearConsumption of highly sugary foods such as processed drinks and traditional panettone increases, which is why parents are being suggested to have smaller meals at home given the rise in child overweight and obesity cases following the pandemic. Regulate the diet of children. , as well as to prevent restless abdominal distension and other overeating ”, warns the pediatrician.

In addition, he warned that one piece of panettone is equivalent to eating 10 loaves of bread. “Paneton consumption should not be exceeded as just one piece equals about ten loaves. You should also avoid excess rice, potatoes, noodles and bread, which are high-carb foods.”

On the other hand, experts recommend a balanced diet, noting that half of the plate should be vegetables, and the other half should be carbohydrates (rice, potatoes, sweet potatoes) and proteins (chicken, beef, pork, guinea pig). , etc.) should be there. , ,

“In our country, we make the mistake of consuming a lot of rice,” he said. “For example, a glass of soda is equivalent to 13 tablespoons of sugar, and if they drink continuously, they manage to carry diseases at a very young age,” he said.

He warned that the problem is that today’s obese children may become diabetics in the future, if timely health measures are not taken, after warning that people with diabetes are at a higher risk of heart attack and stroke, which is commonly referred to as Also known as a stroke.

Experts point out that diabetes is another reason why adults require hemodialysis, apart from difficulty in healing their wounds.

If parents see that their child is very fat, they also get tired very quickly when walking, and above all there are dark spots on the neck, armpits; It is advisable to request an appointment at the nearest health center for evaluation.

Dr. Omar Reyes warned that many children eat more than they expend energy, as this translates into obesity. “Due to the quarantine caused by the pandemic, many young children are suffering from anxiety and stress, which translates into an increased appetite, they eat more food than they should, and as a result it leads to obesity.”