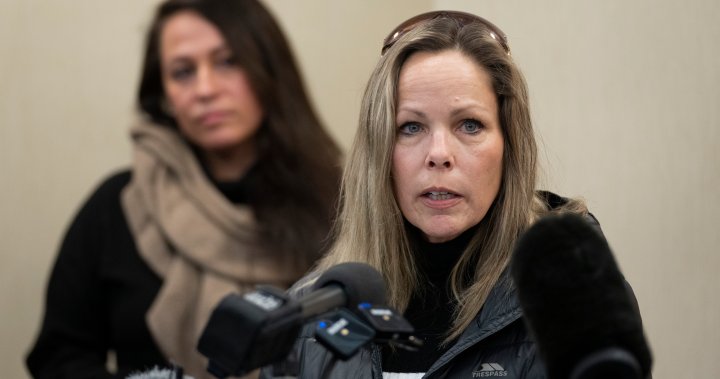 The Crown is accusing so-called “Freedom Convoy’” organizer Tamara Lich of breaching her bail conditions and prosecutors argue she should go back to jail until her trial.

A judge initially denied Lich bail after her arrest during the massive demonstration that overtook downtown Ottawa for more than three weeks in February, but she was released in March after a review of the court decision.

She appeared virtually on Thursday in Ontario Superior Court, where the lawyers wrangled over how the bail hearing should proceed.

She was released with a long list of conditions, including a ban from all social media and an order not to “support anything related to the Freedom Convoy.”

The Crown says Lich has violated one of her bail conditions by agreeing to accept a “freedom award” from the Justice Center for Constitutional Freedoms, a legal advocacy group that supported the convoy.

Where’s ‘freedom’ from here? Canada’s convoy protests are over, but the anger remains

The organization planned to honor her at a gala celebration for inspiring “Canadians to exercise their Charter rights and freedoms by participating actively in the democratic process,” and leading the demonstration in Ottawa.

The demonstration gridlocked the streets of Ottawa and eventually led the federal government to invoke the Emergencies Act in an effort to dislodge the participants.

“Ms. Lich has suffered for the cause of freedom by spending 18 days unjustly jailed, and exemplifies courage, determination and perseverance,” the organization wrote in a statement on its website, which the Crown included in its notice of application.

The website said Lich would attend the award dinner in Toronto on June 16, if a review of her bail conditions would allow her to attend, as well as events in Vancouver and Calgary.

The Toronto event is expected to include a keynote address by columnist Rex Murphy.

During the protest, Keith Wilson, a Justice Center for Constitutional Freedoms lawyer, spoke on behalf of the convoy protest at a news conference and described Lich as a client.

“Tamara Lich ought to be detained,” the Crown’s notice of application concludes.

Meanwhile, Lich’s lawyers plan to argue that her bail conditions are too restrictive and should be reconsidered.

Her lawyer, Lawrence Greenspon, told the court Thursday that the social media ban imposed on Lich was unnecessarily broad and has had a huge impact on her life while she’s been out of custody.

He said she wishes to be in contact with her 94-year-old grandmother by social media and communicate with her friends and family.

The hearing is expected to last two days.