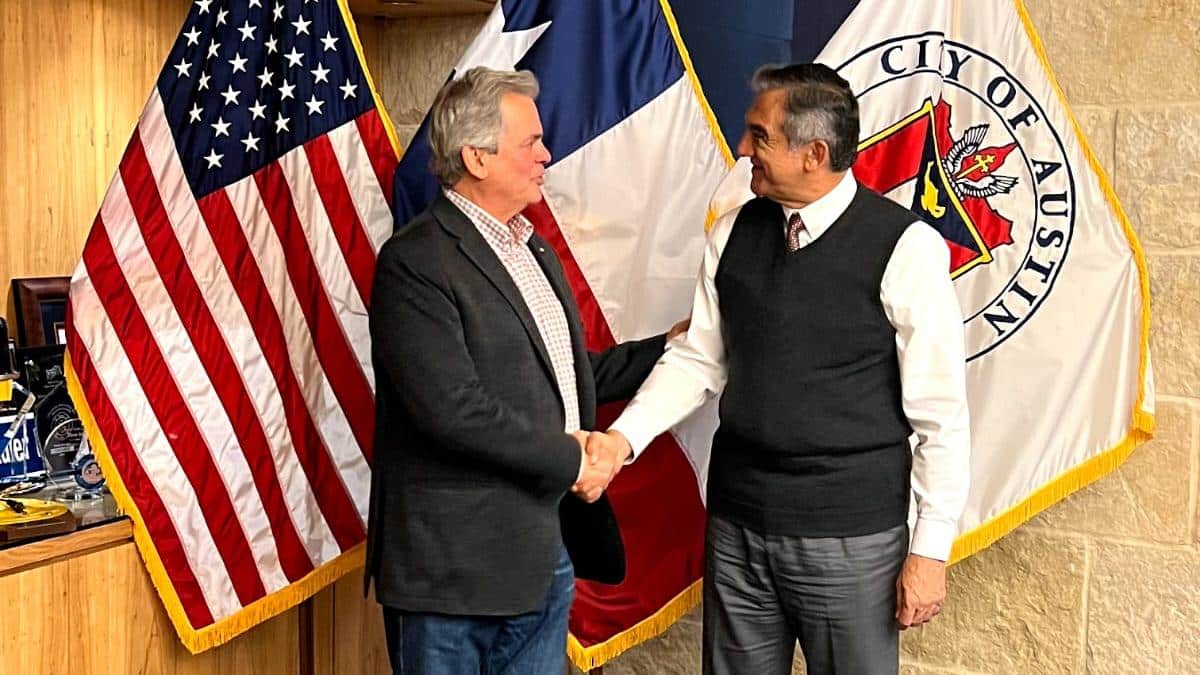 On the second day of the activities of my tour of cities in Americaand within the framework of the commemoration of the bicentenary Establishment of diplomatic relations between the United States and MexicoGovernor Américo Villarreal was accompanied by Mexico’s Consul General in the city, Pablo Marantes, and Ninfa Cantu Diander, Secretary of Economic Development for the Government of Tamaulipas.

“In Austin, the capital of the state of Texas and one of the most important cities in the United States, I had a meeting with Mayor Steve Adler to strengthen this. Promote commercial cooperation relationships and the development of Texan businesses and investments in Tamaulipas”, said Governor Villarreal Anaya, who said that the objectives and cross-cutting axes of the state government were addressed, as well as initiatives were taken to promote regional development and economic integration of the two states.

Americo Villarreal’s stay in Austin, Texas, will continue this Thursday, starting with a meeting with the company’s board of directors. Texas Business Association Glenn Hammer presided.

Texas Business Association is a business chamber that has Businessmen have more influence in the areaTo which the Governor of Tamaulipas will highlight the importance of the state in bilateral relations, in addition to establishing contacts with a significant number of private sector leaders in Texas.

Later, accompanied by Consul Pablo Merantes, he would meet with Texas Secretary of State, John B. Scott, and later Samsung to visit Austin Semiconductor PlantWhere he will be received by the Chief of the Vice-Presidential Office, John Taylor.

In the afternoon, you’ll wrap up your activities in this Texas town, with a meal served by Hispanic Contractors Association of the United States, headed by Frank Fuentes.