Tata Punch: What this affordable micro SUV will prove to be worth the money, know full details in 10 points

Tata Motors took the wraps off its cheapest micro SUV Tata Punch in the domestic market yesterday. For the past several weeks, the company has been sharing information about some special things related to this SUV by releasing different teasers. Now with the introduction of the new Tata Punch, its official booking has also started from tomorrow itself. Interested customers can book this SUV for Rs 21,000.

At present, the company has only showcased this SUV, its price will be announced on October 20. It is believed that it can be offered at an initial price of Rs 5 lakh. However, all the information related to the new Tata Punch has been revealed, so let’s know 10 special things about this SUV-

Tata Motors has introduced this micro SUV in a total of four variants, which the company has named Personas. This includes Pure, Adventure, Accomplished and Creative Persona. Features like dual airbags, 15-inch wheels, dual drive modes, engine start/stop technology have been provided in it. On the Adventure Persona, you also get steering mounted controls, front and rear power windows with central locking. 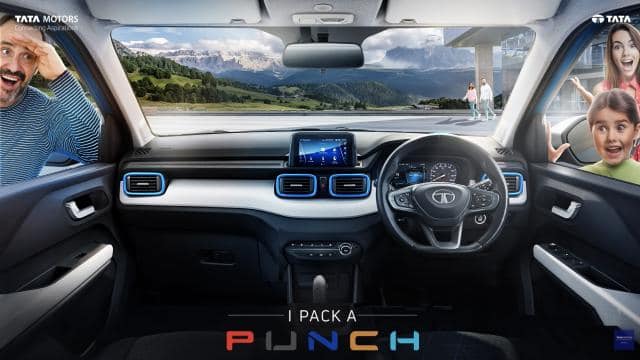 2)- You will get these special colors:

Tata Motors has introduced this SUV in a total of 7 colors, which include Orcus White, Atomic Orange, Daytona Grey, Meteor Bronze, Calypso Red, Tropical Mist and Tornado Blue. The SUV also comes with a dual paint scheme, which will be available only in the Creative trim. Apart from this, customers can also personalize their Tata Punch with Rhythm and Dazzle customization packs.

Tata Punch has been introduced by the company with only one petrol engine. It is powered by a 1.2-litre Revotron engine that generates 86 PS of power and 113 Nm of torque. This engine comes with a 5-speed manual and automatic gearbox. This SUV does not come with a diesel engine. The company claims that the new Tata Punch can accelerate from 0 to 60 kmph in just 6.5 seconds. 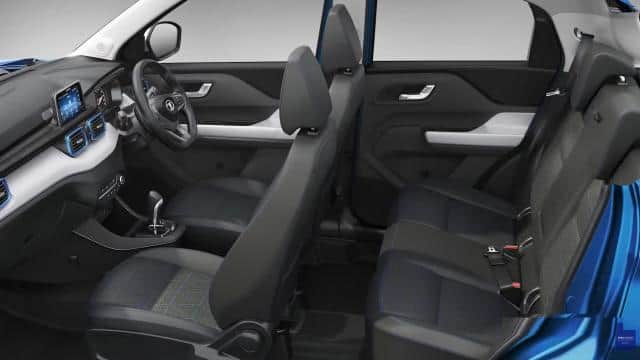 4)- SUV built on a special platform:

This micro SUV from Tata Motors has been built on the new ALFA-ARC (Agile Light Flexible Advanced Architecture) architecture. Which is shared by the company’s premium hatchback Altroz. It is believed that this micro SUV will also be better in terms of safety rating.

Being based on the ALFA-ARC architecture, the Tata Punch enjoys 187 mm of ground clearance (165 mm when fully loaded). It also comes with safety features like Traction Control Mode, 370mm water-wading capability, and Brake Sway Control, which is being offered for the first time in a Tata car. Other features include dual airbags, cornering safety control and parametric alarm system. 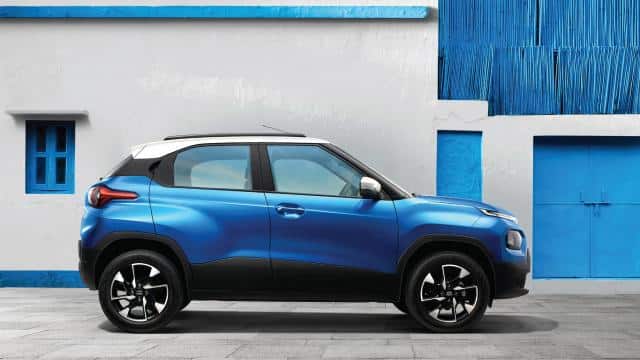 In Tata Punch, the company is offering projector headlamps on the lines of its premium SUVs like Tata Safari and Harrier. The front face of this SUV is largely reminiscent of the Harrier and Safari. However, there has been a slight change in the front grille, which is inspired by the Humanity line.

7)- You will get these special doors:

In Tata Punch, the company is giving special doors that can be opened up to 90 degrees. The biggest advantage of this will be that passengers will be able to easily enter and exit this micro SUV. Usually in small vehicles, due to the doors not being fully wide open, people find it difficult to enter and exit. 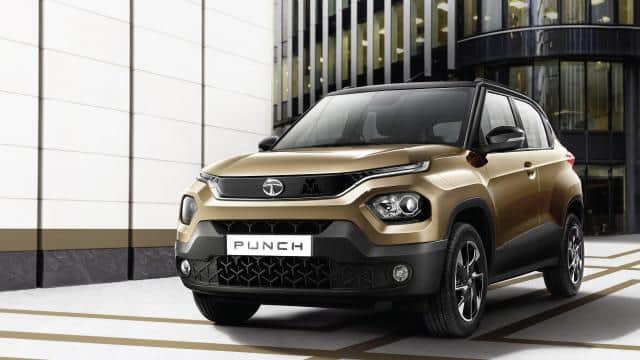 8)- How is the interior of the Micro SUV:

Tata Punch may be small to look at but the company has tried to give all the necessary features and facilities in its cabin, which are seen in expensive SUV vehicles. The cabin of the SUV gets features like automatic temperature control, adjustable driver seat, auto fold ORVM, steering mounted controls, tilt steering, fast USB charger, a shot down driver window, 7-inch Harman infotainment system with Android Auto and Apple CarPlay. . Apart from this, a 7-inch TFT instrument cluster and IRA connected car technology are also available.

9)- Size and driving modes of the SUV:

As far as the size of this SUV is concerned, it has a length of 3,827mm, width 1,742mm, height 1,615mm and has a wheelbase of 2,445mm. In this SUV, the company gives a ground clearance of 187mm, apart from this the boot space of 366 liters capacity makes this SUV even better. It has two driving modes which include City and Eco.

The Tata Punch Micro SUV has been equipped with advanced infotainment and connectivity features, which will be highly appreciated by the new generation customers. It includes a state-of-the-art floating island touchscreen infotainment system with TFT instrument cluster that you can connect to your phone. Apart from this, 6 better speakers have also been given for music lovers.

See how women are making Ola electric scooters, the CEO shared the video

The new Bajaj Pulsar 250 is coming to make a splash, will launch tomorrow with improved features

TVS’s cheapest scooter is being sold indiscriminately, more than 5 lakh people have bought it!

London’s electric taxi will soon be on the roads of India, find out when you can take it

This cheap car from Maruti is coming in a new style with enhanced features, the first glimpse has been seen

Get ready! Honda’s electric scooter is coming to India, find out when it will launch