Tata’s new Eelectric Car to run 400km on single charge, the company will launch on May 11 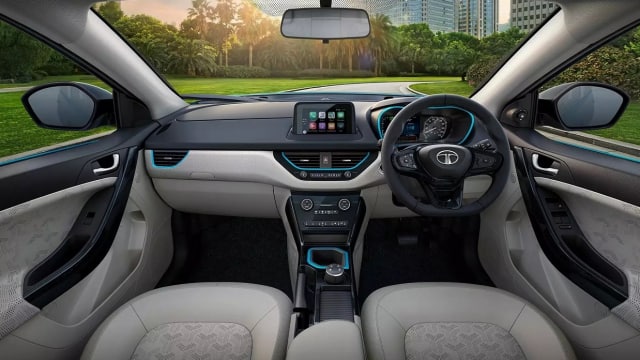 Tata Motors’ longest range electric car will be launched on May 11. Yes, Tata has announced the date of long range model of its most popular Nexon EV. Nexon is also the best selling electric car in the country. Earlier, this electric car was supposed to be launched on April 20, but then its launch was postponed. This new model of Nexon will have a range of up to 400km on a single charge. At the moment there is no information about its price. The price will rise on the day of the curtain launch. Let us know what else is new in this new model.

Expect to get 40kWh battery pack
The big change in the new Nexon EV is that it will get a 40kWh battery pack. The current model comes with a 30.2kWh battery pack. That means customers will now get a 30% bigger battery. Nexon’s updated model will offer a range of over 400km on a single charge. The current Nexon EV offers a range of 312km on a single charge. However, the real range of the existing model is much less than the range stated by the company. Increasing the battery pack can also make a difference in its design. This means that the boot space inside it may be slightly less than the current model.

Read this too- a day later the cars of this company will also become expensive, there are models like Maruti’s Breza and Baleno

Expect to get 6.6kW AC charger
The updated Nexon EV is expected to have a 6.6kW AC charger option. This powerful charger will fully charge the battery in about 5 hours. This is likely to replace the existing EV’s 3.3kW AC charger, which takes about 10 hours to charge the battery. The Tata Nexon EV will be offered with selectable regeneration mode and will help the driver to choose the intensity of regenerative braking. The price of the new model may be Rs 3-4 lakh more than the existing model.

Also read- See how much luxury Tata’s New Avinya EV looks in 10 photos, will not be able to take your eyes off the interior

Safety features will also be taken care of
The new Nexon EV features the updated ICE Nexon. The long-range model is likely to have air purifier and ventilated front seat. It is expected to have cruise control, park mode and Electronic Stability Program (ESP) like the existing car. With a longer range, the new Tata Nexon EV can compete with the Hyundai Kona and MG ZS EV in the Indian market.