Taxi Driver Vs. Uber in Cancun: The transportation app’s struggle in a tourist area 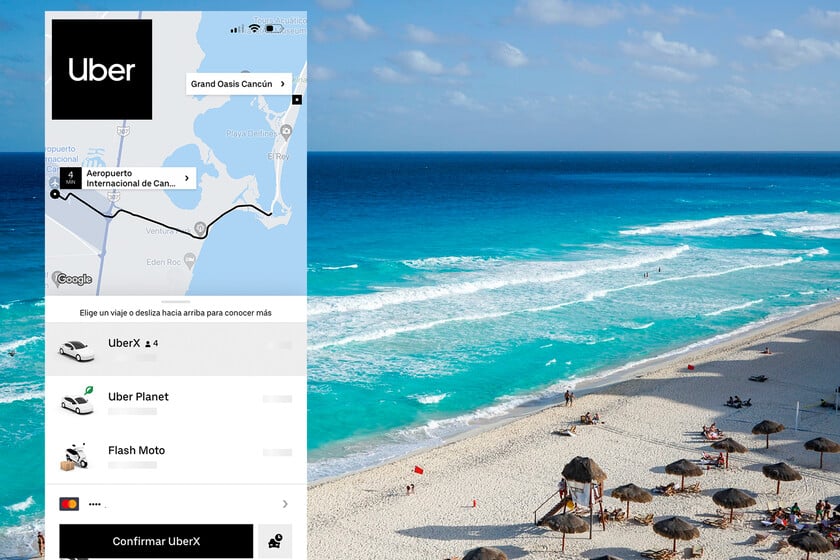 surely over the past few days you’ve heard everything that’s happening between Taxi driver and drivers of Uber in Cancun, a battle that is apparently primarily affecting users and that doesn’t seem to have any short-term solutions. So, if you are planning to travel to that destination, take precautions and reduce exposure, as these are the places where the highest number of encounters have been recorded.

Before going into details, when did the “bomb” explode? Third Collegiate Court of the Twenty-seventh Circuit granted Uber an amparo with which they can operate without any problems in the state of Quintana Roo, after which the taxi drivers completely disagreed, they are taking action This is affecting not only Uber drivers but also vacationers.

What action are taxi drivers taking?

According to information from Milenio, some licensed taxi drivers in Cancun have threatened application drivers, intending to charge them up to 30,000 pesos for “land use” If they come to broadcast in supposedly exclusive areas, among them, the most popular among tourists, that is, famous hotel areas or Boulevard Kukulcan,

According to the statements given to the same medium, some application drivers have assured that Even taxi drivers keep an eye out “Hunting” all that territory and even recording those who transit in order to retaliate later or charge them for the above.

4 Of the recent attacks on video by taxi drivers towards drivers and Uber users in Cancun, do we deserve this destructive union of taxi drivers serving Cancuns? #FueraTaxistas pic.twitter.com/Izwe0OtdIz

the matter does not end here they have not only been threatened What have come to light are rather direct attacks that are already circulating on Twitter, as a video has been circulated in which two taxi drivers can be seen heckling a driver, one of them out of his vehicle Leaving – mentions the driver – hit him with the tires to increase the passage.

Despite the fact that all this information is already being disseminated through various media and social networks, taxi drivers don’t want to take their finger off the line, because yesterday they protested against the people associated with the apps Like Uber and Didi create chaos in the hotel sector to such an extent that state police patrols reach out to help and even mobilize those who need to go to the airport.

The first calls were made by Quintana Roo police to taxi drivers blocking off Cancun’s hotel area. @VivoEnCancun pic.twitter.com/CbzsXwGkKR

The United States Recommends Against Going to Cancun

After all the events that happened, The Embassy and Consulates of the United States in Mexico issued a statement Wherein in respect of the said situation all the tourists are being alerted with the following:

Following recent incidents involving taxi drivers and Uber drivers in Quintana Roo, US citizens are reminded of the guidance on Travel.State.gov, specifically on the use of app-based transportation services in Mexico, stating: Car services such as Uber and Cabify are available in many Mexican cities and generally provide a more secure alternative to taxis. However, there are official complaints against Uber and other drivers, and past disputes between these services and local taxi unions have sometimes turned violent, leading to In some cases US citizens have been injured,

with the one above, suggest a list of recommendations How to review personal safety plans, keep a low profile and monitor local media to stay up to date with information.

Tourism is not the only one affected

Although the battle that taxi drivers are waging against app drivers is directly related to the fares they charge in busy areas, The reality is that the people most affected by this situation are those who live in CancunNot only tourists.

We spoke to a person who lives in Quintana Roo and he told us that he has noticed that threats and confrontations on social networks have spread outside the hotel area, but also in tourist places like Palpas Park, Plaza of America and even in bus station,

There are more of us who want to live in peace!; Campaign spreads in the network not to use taxi service in Cancun https://t.co/fuJdc8PEWv

The issue in Boulevard Kukulcan, where most of Cancun’s four- and five-star hotels are concentrated, where “land use” rates range from 30,000 pesos for taxi drivers to Uber drivers, seems to be where the “hunt” is less for customers. One is because tourists and local people are already more cautious in that area and the cost of the services is too high, Two, very few people need taxis or Uber as all hotels have their own transport and third, public transport is quite accessible on Boulevard Kukulcan and runs along the entire coast.

So, consequently, its some customers who are in that areaThey are fought to charge the amount that anyone dares to take on the avenue.

a bad picture for luck

the matter is so serious that Benito Juarez, Municipal President of Cancun, Quintana Roo, published a video on his official Twitter account in which he addresses taxi drivers asking them to leave confrontation behind, as tourism may be affected.

I am sure that the path that will benefit us all is that of law, dialogue and La Paz.#CancúNosUne pic.twitter.com/hXtWkSEc3f

At the same time, Julio Villarreal, President of the National Chamber of the Restaurant and Seasoned Food Industry in Cancun expressed that the actions taken by taxi drivers in recent days are greatly influencing the image of the destination And that when businessmen, officials and hoteliers try to attract more tourism, they are in charge of scaring it away.

And the list of complaints and conditions against what is happening goes on like an endless string of locals and tourists alike.

a day without a taxi

Finally, with all the commotion, a movement started by inviting users in protest mode on social networks that people do not use taxis. 27 JanuaryWhich has already created a huge impact in the local media considering all the attacks and insecurity that exist in the state.

Citizens are invited not to use taxis on next 27th January

Following frequent attacks by taxi drivers against citizens, tourists and ubers, the population in general started sharing a call so that no one uses taxis on 27 January pic.twitter.com/R3gYg8ixM9