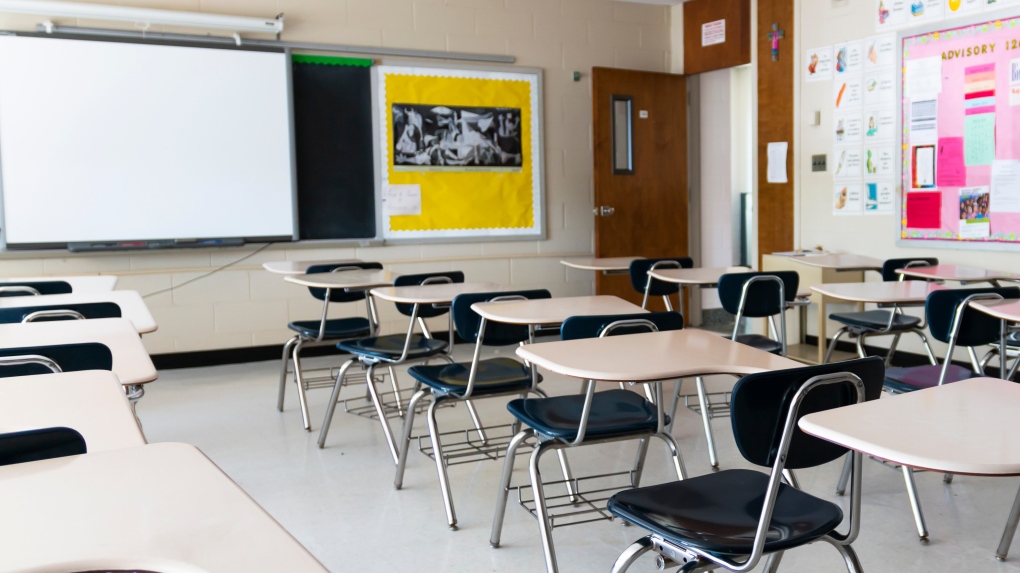 An elementary school teacher who repeatedly used a “back-breaker” move on students in North Vancouver has been suspended and ordered to take a course on fostering a positive learning environment.

Sylvain Joseph-Leo Desbiens would place his knee on a student’s back while pulling their arms behind them, which was perceived by some children as being “punitive in nature,” according to a consent agreement published Tuesday by BC’s commissioner for teacher regulation.

Desbiens wouldn’t use his full strength while performing the “back-breaker,” but it still appeared to cause the students discomfort.

“More than one student said that this caused pain,” the agreement reads.

“On one occasion, a group of students nominated a classmate to ‘sacrifice’ themselves for punishment by receiving the ‘back-breaker,’ as the other students did not want to have the ‘back-breaker’ performed on them.”

The incidents took place during the 2018-19 school year, while Desbiens was teaching students in grades 4 and 5. He did not perform the “back-breaker” move on girls.

The teacher would also sometimes “pinch a student’s trapezoid to the point where it hurt,” and “pretend to strike students by forcefully slapping one of his hands into his open palm above their heads,” according to the consent agreement.

“On one occasion, he accidentally made contact with a student’s head while doing this,” it reads.

“At least one student reported being afraid of Desbiens.”

The teacher’s behavior prompted several complaints from parents, which led to an investigation by the North Vancouver School District that resulted in a three-day suspension without pay in 2019.

After reviewing the matter, the commissioner for teacher regulation ordered that Desbien be suspended another five days, and complete the course Creating a Positive Learning Environment through the Justice Institute of British Columbia.

When determining the punishment, the commissioner considered that Desbiens’ behavior “jeopardized the physical and emotional safety of the students in his class.”

The teacher was also previously reminded to be respectful around students after an incident in 2011, when he was working in Vancouver and used masking tape to tape a student’s mouth shut.

Customers of these banks may have trouble getting OTP, find out the reason

Pachuca draws 1-1 with America and approaches the final