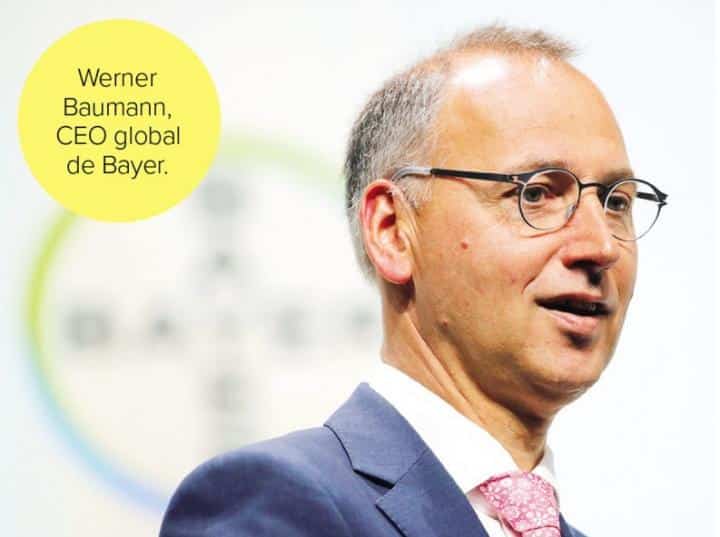 Visit to Mexico to mark the centenary of operation of Bayer In our country, the German company’s global CEO, Werner Baumann, says that countries that accept the technology achieve higher levels of development.

Societies that are more futuristic and have more opportunities for the positive power of new technologies,” he says in an interview at the multinational’s central facilities in Mexico, located in the Granada neighborhood.

Baumann (Krefeld, 1962) acquired Bayer in 2016 and had to make one of the most controversial decisions in the company’s history: the purchase of American seed giant Monsanto in 2018. After three years of struggle, intensified due to the pandemic, the manager has started to see light with the good results the company achieved in the second quarter of 2022.

We have had to allocate a significant portion of our resources to face litigation; This is money we would love to devote to research,” he says.

Baumann has made it his goal to combat misinformation about biotechnology. He explains that the bad reputation of the genetically modified seeds, which plagued Monsanto for decades, stemmed from a campaign by an environmental group designed to receive donations. “It was a campaign of fear,” he says.

The only thing he achieved was to delay the development of science. Without it, many children would have survived blindness, as a type of rice rich in vitamin A would have been produced.

For Baumann, a technique that heals is a positive technique. “Every government has the option to choose, but those who are in a state of denial are the losers. Many African countries have already understood this.”,

With a century in Mexico, Bayer has managed to go from four employees to about 5,000. “We are very proud of our Mexican organization, as it has been a stronghold in protecting the company’s reputation around the world”,

In the fields of Sinaloa, Bayer is testing the efficiency of its VITALA technology for planting corn, developed over three decades by nine Mexican researchers.

In recent days, Bayer has participated in government protests for its use of glyphosate, the world’s most popular herbicide. Last month, a federal judge declared unconstitutional a presidential decree ordering a phased reduction of the chemical, a motion that would be challenged by Semarnaut.

In this regard, Bauman says that the Mexican government has the power to decide whether it can be used in the country, “but has to live with the consequences.” Recall that Sri Lanka did the same in 2015, but reversed it in 2021 after the country’s tea production declined.

The notion that glyphosate causes cancer has been created by a United Nations body after using it in a set of non-recommended practices, such as eating sausage or drinking hot beverages, he explains.

If prevention is concerned for safety reasons, we would first of all avoid selling a harmful product, as it would damage the reputation of the company”, argues Baumann.

When asked how scientific knowledge can be promoted, and how people can rely on it, in a post-truth contaminated environment, Bayer’s world boss replies:

And what should we do, surrender after truth? Should we accept the view that seeks to bring us back to the Middle Ages?

In the absence of knowledge many bad things happen. We should not accept them, we have to strengthen the academic truth and we are playing an active role in that area. Our aim is to transfer knowledge and make science accessible to all.”