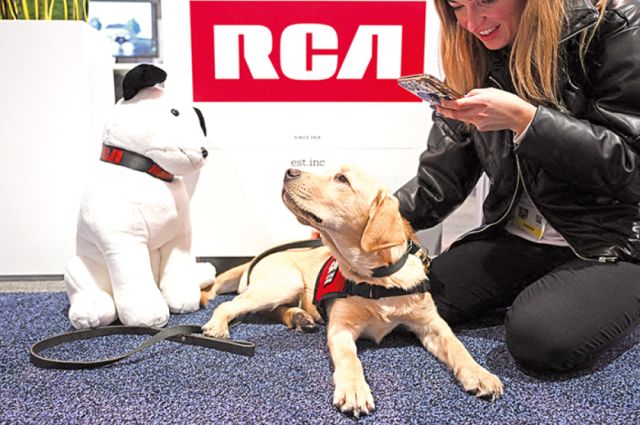 innovation. Great offers for pets have been created with the help of technology.

CES (Consumer Electronics Show), the great annual consumer electronics show, opened its doors in the US city of Las Vegas this week, pointing to optimism the industry is looking for the latest innovations to help recover from the effects of the global economy Is. Altogether.

From today until Sunday, more than 100,000 people from a hundred countries are expected to participate in a massive communication campaign around ultra-connected devices and services.

The stand occupies more than seven hectares, with CES in virtual format in 2021 and hybrid in 2022, with the withdrawal of various delegates from the region in person due to the coronavirus pandemic.

“The 2023 edition represents a new step toward a return to normality,” said Steve Koenig, one of the executives of the Consumer Technology Association (CTA), which organizes CES.

The CTA is betting on technology to revive the economy, as it did with smartphones or high-speed internet more than a decade ago after the “last great economic downturn”.

“This time, I think a powerful new wave of technological change is what will actually reduce inflation and restore global GDP growth,” Koenig said. These include robotics, virtual reality and self-driving vehicles, according to this expert.

There will be new TVs, electric skateboards, autopilot baby strollers and more at CES that will impress attendees.

South Korean giant Samsung, which made CES its showcase for the US market, showed the press Tuesday its washing machine that evaluates the level of soiling of clothes and determines the amount of detergent needed.

They also said they are designing an oven with an integrated camera to follow the live cooking of the food and be able to create a video, for example, of how a soufflé rises, specifically A function designed for “influencers” on social networks.

LG Electronics introduced it as the first wireless, voice-controlled television aimed at the consumer market.

CES also became one of the most important auto shows, featuring announcements from BMW and Stellantis.

“Gone are the days when CES focused exclusively on TVs, laptops and home appliances,” said Thomas Hassan, an analyst at Forrester.

Amid the economic downturn, companies will need to ensure that prices are attractive to consumers who are suffering from inflation and tired of being online during the pandemic.

The organization estimates that spending on consumer electronics and services in the United States will decline from a record $512 billion in 2021 to $485 billion this year.

Many tech companies have flourished during the pandemic, thanks to the lockdown, mass hiring. With a return to normalcy, layoffs and budget adjustments began.

On Wednesday, e-commerce giant Amazon announced it was cutting more than 18,000 jobs, including in Europe, in the biggest job cut in its history.

Earlier, Salesforce Group announced that it will cut 10% of its workforce or around 8,000 jobs.

However, for Koenig, this reality should not hide the real problem: a general shortage of skilled labor. “20 years ago, technology was a plus for a company. Today, the plus is people”, he summarized.

For start-ups, however, “talent may be easier to find, but raising funds has become much more difficult due to rising interest rates”, he said.

“Shipping costs are coming down and there are fewer delays at ports around the world, but it’s important to understand what’s happening in China to understand how uncertain the situation is,” Koenig said.

CES 2023 features more than 3,200 exhibitors from 174 countries representing approximately 360 brands that will be ranked in one of the 41 technology categories presented.

If you want more information you can subscribe our official channels: