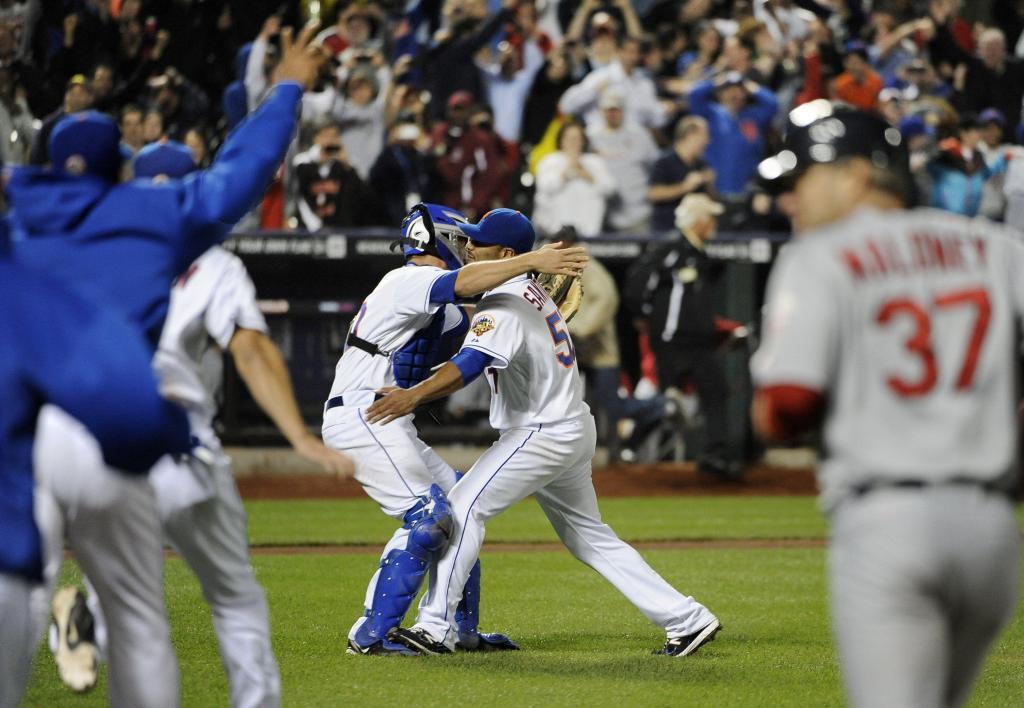 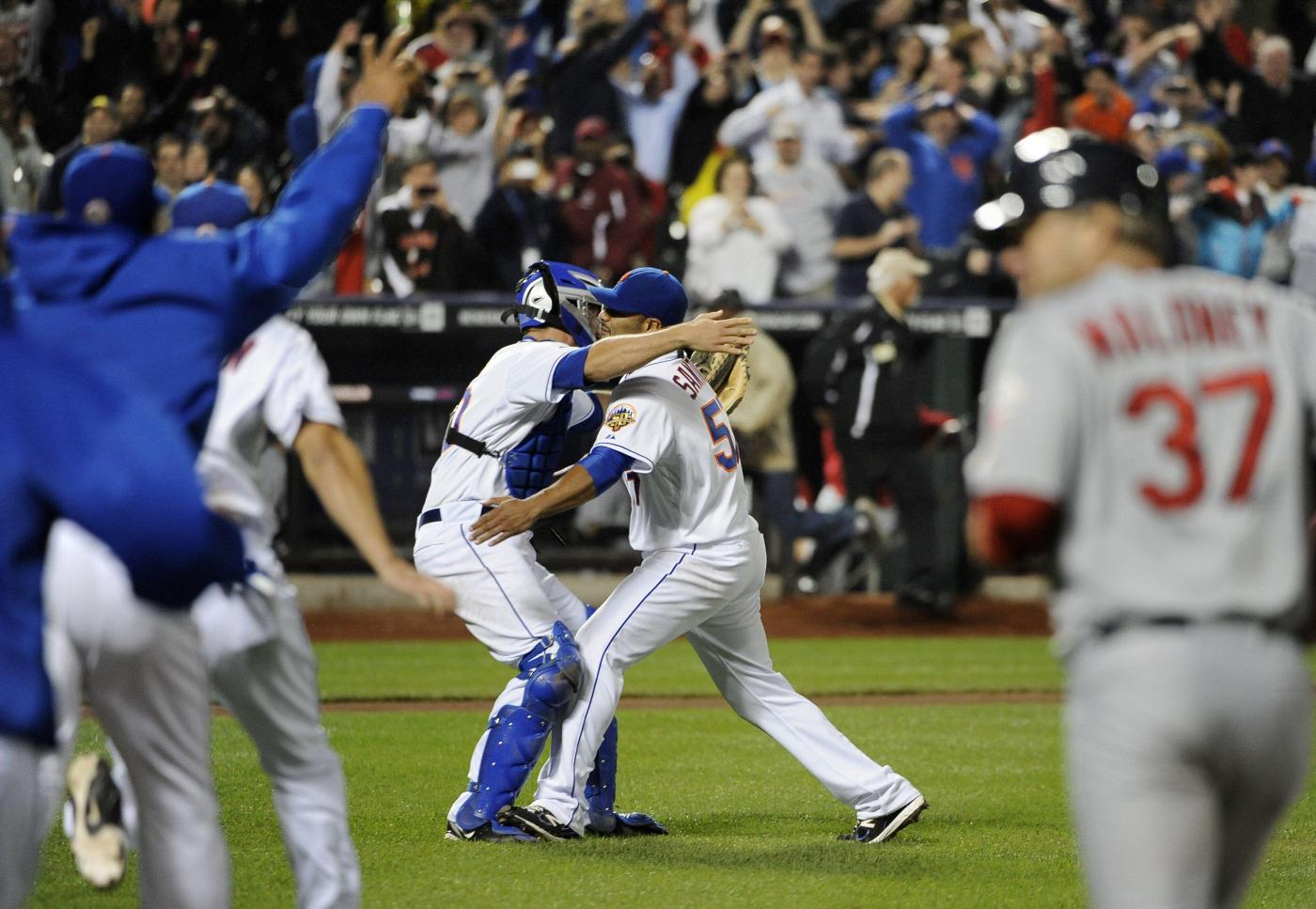 There were some special guests at the Mets’ house on Tuesday night.

With Wednesday marking the 10-year anniversary of Johan Santana’s no-hitter – the only individual no-hitter in team history – the former Amazon left-hander was at Citi Field on Tuesday with Josh Thole, who was their catcher that night. was, and his former manager, Terry Collins. Three field questions – and barbs from Buck Showalter, as Santana was asked if he could give him an innings – before Santana’s son threw the ceremonial first pitch to Thole’s son.

The man who threw the great game said that at the time he had no idea that he was going to be the first mate to do so.

“I didn’t know there was never a no-hitter,” Santana revealed. “As we were going through the whole thing, I started getting all excited. The atmosphere changed throughout the field. I was thinking, ‘Maybe this is it. We have an opportunity to do something very special, very important. It’s night now. I feel so blessed to have the opportunity to do it for the first time.”

An unfortunate side effect of that night was that Santana had to throw 134 pitches to complete it, a number he can still remember immediately. Collins was asked if he had any regrets about that, especially since Santana started only 10 MLB after that (with an 8.27 ERA to boot) and dealt with dire shoulder problems.

“I’ll make that decision,” Collins insisted. “I felt that because of who he is and what he stands for, he deserved the opportunity to try and get it. The guys who were in the stands deserved that opportunity. I know so many pitches. The throw might have hurt him, but I’ve realized that I might have done the same thing.”

The feeling between both Santana and Collins is that, if the manager had tried to remove him, Santana would have fought a bigger fight.

“I knew I was going to have some argument with him,” Santana said, pointing to Collins. “On the mound, in the dugout, in the parking lot, whatever. I just wanted to get over it.”

Santana said that the only other time he threw a no-hitter at any level was in a video game. But with an old-school manager in the dugout who felt everyone in the building deserved a chance at history, plus the Mets didn’t have a hitter to his name at the time, Collins’ decision was heavily influenced. happened.

“He became part of it,” admitted Collins. “Here’s a guy who got a chance to do this. I thought he deserved this opportunity. Obviously today, I probably won’t even consider it.”

When the Mets completed a joint no-hitter earlier this year — completed by Tyler Megill, Drew Smith, Jolie Rodriguez, Seth Lugo and Edwin Diaz — Thole said he was getting texts calling him “chopped liver.” Well, now he is not alone. Grab a no-no. To no one’s surprise, Collins still prefers the one he managed a little better.

“For five people to do this, I think it’s great,” Collins began. “But for a man to do this, it’s something special. And he did.”

Lindor wins player of the week

Francisco Lindor’s big week against the Giants and Phillies was rewarded with some recognition from the league.

Lindor was awarded the National League Player of the Week honors after posting a .348/.407/.870 slash line with 10 runs, eight hits, two doubles, two triples, two home runs and 14 RBIs, as a mate. It was his first honor. The team’s six matches with San Francisco and Philadelphia.

He is the first mate after Noah Syndergaard to win the award in August 2019.

With Dom Smith being sent to the minor leagues, the Mets are without one of the primary players they have used in designated hitters. JD Davis has made the most of starts there, with Pete Alonso second and Smith third. Now that Smith – who was also Alonso’s backup at first base – is in the minors, Showalter was asked if he would use Jeff McNeil in DH more often. McNeil has some general “wear and tear” in his feet that the Mets have been cautious of, and he hit a wall in San Francisco last week playing left field.

“I think you’ll see more DH chances for Jedi” [Davis], Showalter said, adding that McNeil would still play a lot of defense. “We’ll see what each day brings. We have a challenging, long road trip ahead.”

Megill on the way back

Tyler Magill faced live hitters on the field before Tuesday’s game. The pitcher has been out since May 11 with tendonitis in his right biceps. In three mock innings by the Mets against players brought in from his High-A colleague in Brooklyn, Megill ticked many of the boxes Showalter was looking for.

,[Megill] It felt good,” Showalter said. “I was really impressed with the innings I saw. We will see how he recovers before proceeding with the plan. It would be nice to bring him back.”