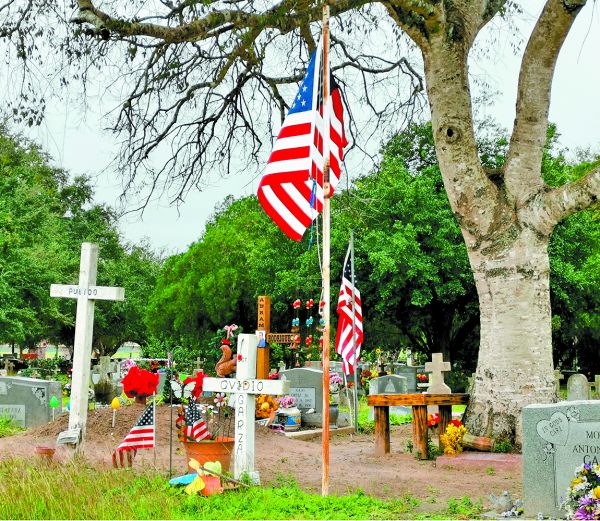 Hundreds of bodies were buried for years at Falfurias Cemetery in South Texas. On the other side of the border, his next of kin were searching for him without any further information.

is that “death row” With an area of ​​1,600 square kilometers in Brooks County. There, the discovery of bodies on private farms is so common that the county’s lack of resources has forced them to bury them without identifying them.

Humanitarian groups pressure Brooks officials to request Federal and state resources for establishing identification protocolsBut the bodies of at least 200 people to be removed, most of them migrants, were found in those fields.

However, since this year, the cancellation of state resources to perform autopsies and DNA comparisons has once again placed the prospect of a dignified burial for border crossers in doubt.

“Brooks County has not put out a dime to assist with the excavation or identification of the remains. The governor (Greg Abbott) diverted funds that would have gone directly to identifying the bodies,” he explains. edward canalsDirector of the South Texas Human Rights Office and Head of the Excavation Program.

“We started taking out bodies, some piled on top of each other and we were thinking, ‘What is human dignity?’ of DNA”.

From that massive excavation at Falfurias, many of the remains cannot be compared to the DNA of their relatives and they form a long list of people called “Jane and John Doe” (in the absence of their real names), the gods of that time. Let’s rest in South Texas City.

“Families who have a missing person are always looking for their loved one and want to know what happened, where they died, and the humanitarian effort is what we must do for dignity,” Canales says.

“The Dumpsite of the Dead”

The forensic effort has spread to other South Texas counties because Large number of migrants who died.

Canales warned that “the border could also become a dumping ground for the dead from various causes,” recalling that Falfurrias is very close to Tamaulipas, where activity by criminal groups takes place.

It was only in the last year that the identification of dead bodies by fingerprints began.

border Patrol It has a program in which identification is possible based on complaints from relatives who report missing.

119 bodies were traced this year, of which 75 percent were identified fingerprint program.

Exists in 2021 in Piedras Negras, bordering Coahuila, in Maverick County, over 100 miles from Brooks Graves with hundreds of unidentified bodies.

In January, the temple of capricious gods As the humanitarian crisis on the border escalates and economic resources are cancelled, we will begin removing soil to recover the remains and try to identify them.