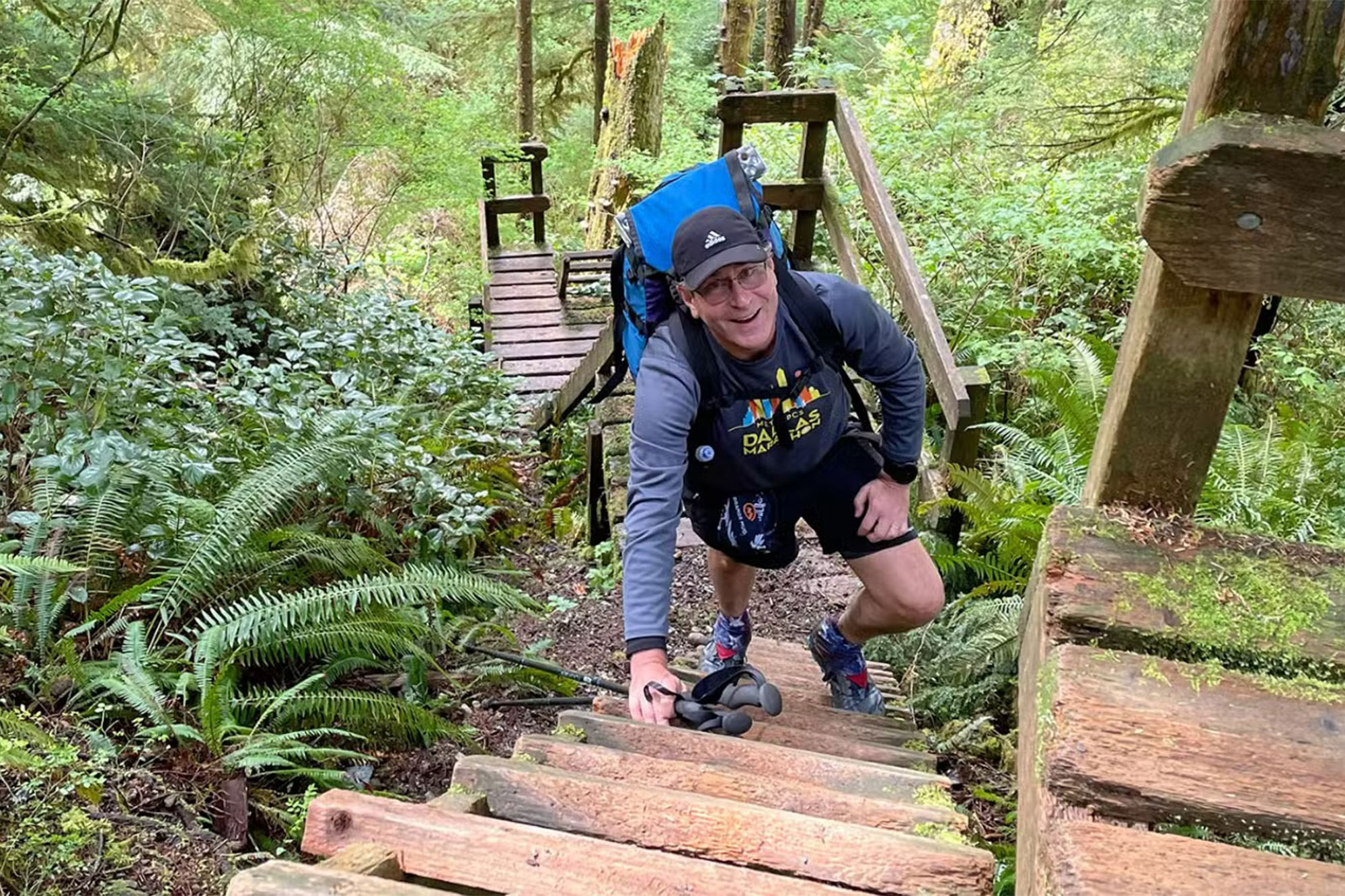 A Texas man lost his eye when it was impaled by a tree branch during a hiking trip in Canada earlier this month, a report said.

Edward Steinkamp, ​​67, suffered the gruesome injury when he fell off a log while traversing the West Coast Trail in British Colombia’s Pacific Rim National Park on May 3, according to The Times Colonist.

The branch rammed through the aeronautical engineer’s left eye into his brain and had to be removed by an emergency surgical procedure after he was airlifted to a hospital, the Victoria newspaper said. A second procedure was reportedly performed to drain his infection.

Steinkamp was partially blinded and battling an infection and swelling, according to the report.

Steinkamp’s son Bret, 28, was with him when he fell onto the stick.

The mishap happened when Steinkamp walked on the log to avoid wading through mud that was a foot and a half deep, his son said.

“What started as a beautiful experience with stunning views suddenly turned tragic a few days later when Ed had a freak accident and fell,” a fundraising site set up by friend Susan Lowe read.

“The costs for this will be enormous, from the airlift rescue and the medics who attended to him, to the brain surgery and needed drugs, the ambulance rides to the Ophthalmologist, the CT scans, as well as the lengthy and undetermined time he will need to remain hospitalized in the special ward as well as [his wife and son] Wendy and Bret’s hotel stay bills.”

Steinkamp is an experienced hiker, his son told the paper, and the fall was a “random freak accident,” he said.