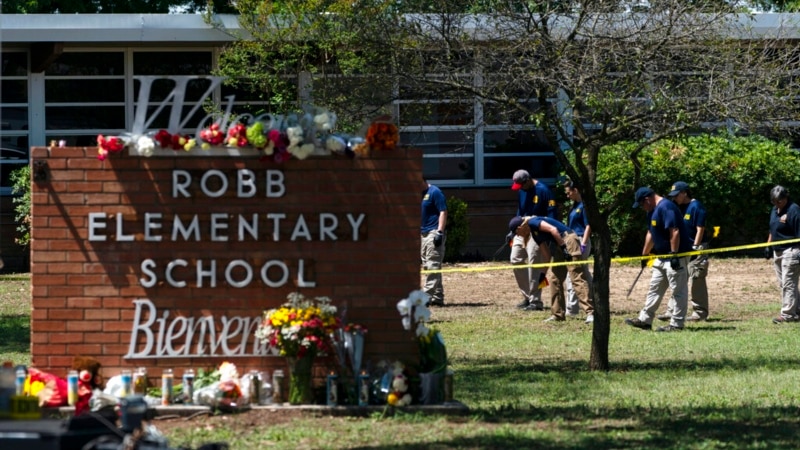 A new investigation into the mass shooting deaths of 19 students and two teachers at an elementary school in the southwestern state of Texas blames law enforcement and others for their messy and late response to the horrific attack two months ago.

A Texas House investigative committee said it found no “villain” in the May 24 massacre other than the shooter, 18-year-old Salvador Ramos, but criticized law enforcement for waiting more than one hour before finally breaking into a fourth grade class to confront and kill him.

“There is no one to whom we can attribute malice or bad motives,” says the report, released on Sunday. “Instead, we found systemic failures and appallingly bad decision-making,” even though nearly 400 law enforcement officers had come to the Robb. Elementary School in Uvalde, Texas, in response to the emergency.

Investigators blamed the “deficiencies and failures of the Uvalde Consolidated Independent School District and various law enforcement agencies and officers” and “an overall indifferent approach” by authorities at the scene of the shooting.

The report was the first to blame both state and federal law enforcement, not just local authorities in the small town of Uvalde. Among those responding to emergency calls about a gunman at the school were nearly 150 US Border Patrol agents and 91 state police officers.

The report was released to relatives of those killed in the incident, one of a series of mass murders in the United States in recent weeks.

The Uvalde mass shooting, along with the killing of 10 Black people in a Buffalo, New York supermarket in a racist attack, prompted the US Congress to tighten restrictions on gun sales in the US. for the first time in three decades and increase funding for school safety and mental health treatment for those considered at risk of harming themselves or others.

However, the legislation did not prohibit the sale of high-powered assault weapons like those used in the Uvalde and Buffalo shootings, as well as in a more recent mass murder in a Chicago suburb during an Independence Day parade. July 4.