The Battle of Ayacucho and the Latin American Utopia 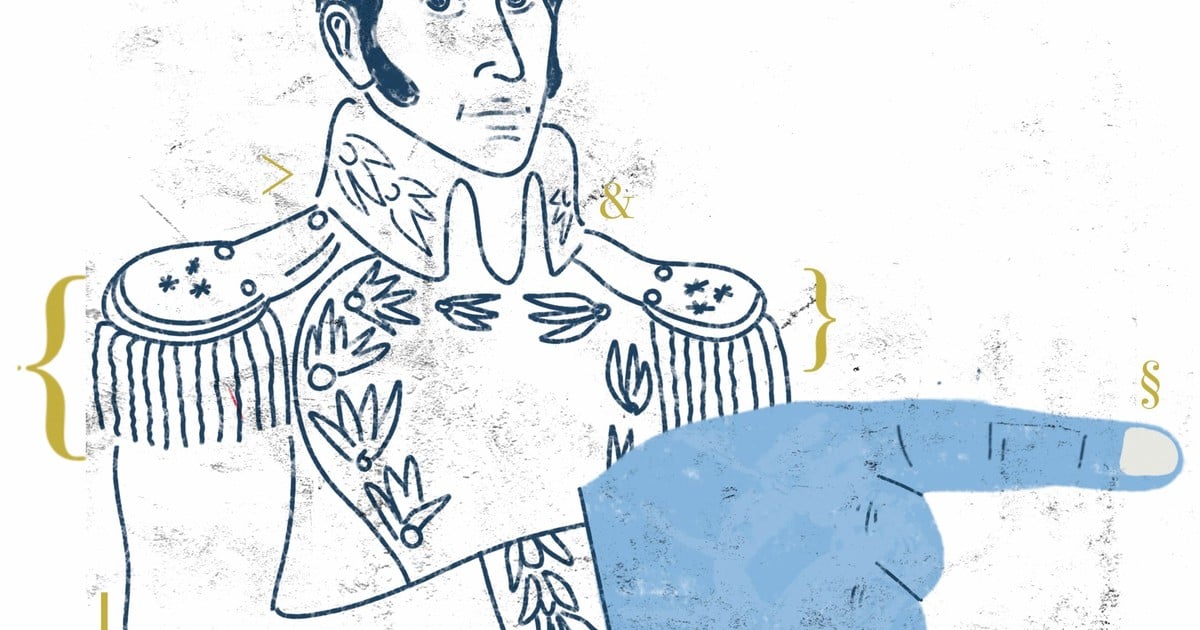 The Latin American landscape is complex and variable. The various allegiances that emerged last month as ideologies gave way to more practical decisions. The Argentine government insulted the Mexican president by supporting the Brazilian candidate for the IDB presidency, a man nominated by Bolsonaro and supported by Lula.

Mercosur, meanwhile, does not get out of its quagmire and it is now up to Uruguay to take the blame for its decision to sign trade agreements outside the bloc – which the statute forbids – certain With the risk of formally breaking the agreement.

At the same time, Argentina’s decision to grant asylum to a former Ecuadorian minister convicted of corruption is the source of another serious conflict, while local diplomacy remains in ambiguity regarding the three dictatorships accused of crimes against humanity. However, all go to great lengths to woo Biden.

The World Cup in Qatar brought other prejudices to the surface. “Argentos” mocked the food “without chile” and a simple game gave rise to bravado, culminating in the celebration of fans of the Malvinas and related regional mutinies in Texas. The stereotype of “tell me how it feels” encourages rivalries that reflect other misconceptions.

What is this introduction about? Because December 9 is the most important date in Latin American history and coincides with the “Bridge Holiday”, it does not qualify for official commemoration of due magnitude.

The Battle of Ayachuco, waged in the south of Peru, sealed the South American independence of what are now nine Spanish-speaking countries: the existence of Bolivia – a Bolivarian name if it has any – and its capital Sucre—changes its name to Chuquisaca 1839 – testifies to the importance of that achievement. Regarding San Martín, just remember that he was the creator of the first Peruvian flag and that country rewarded him with a pension with which he faced his retirement.

The footprints of the Liberators are not merely political-military. Just as San Martín donated his vast library when the library was founded in Lima, it should be noted – as García Márquez does in “El general en su laberinto” – that Bolivar was also a traveling trunk of books. went along He swore an oath to fight for American freedom without fainting, and he did. Northerners then tried to shape federal and supranational structures such as Gran Colombia, which they promoted unsuccessfully at the Amphictyonic Congress held in Panama in 1826.

Thus American independence began to write its broad strokes and republican constitutions consolidated modern nation states with the same Enlightenment spirit that forged them. Don Jose knew how to say: “Libraries, destined for universal education, are more powerful than our armies to preserve freedom.”

External aggressions entitled general responses, as well as resistance to the French invasion of Mexico and the American Congress of Lima of 1864 that repudiated the intervention of foreign powers.

In it – ignoring its president – our ambassador Domingo F. Sarmiento attended, the same one who years earlier had proposed Martín García – Argyropolis – as the “Capital of the United States of America”. His name is thus linked with other famous great men of the century, such as Benito Juárez and José Martí, who begin their wonderful Nuestra América warning that “the vain villager believes that the whole world is his village and when As long as he remains mayor (…) or the savings grow in the piggy bank, he already accepts the universal order for good, without knowing about the giants who carry seven leagues in their boots ”.

In the mid-20th century, the Cuban Revolution and the 1967 Congress of the Organization of Latin American Solidarity (OLAS), encouraged by Castro, Salvador Allende and the regional left, set out to shape a socialist United States, a perspective that gained momentum was doing. , At the same time, in the “boom of Latin American literature”, which was in the hands of Gabo himself, Rulfo, Scorza, Amado, Vargas Llosa, Fuentes, Cortázar, Carpentier, Lispector, Roa Bastos and Puig, among others. Others raised a fertile field of magical realism, political condemnation, historical fiction, and social utopia to consider around the world.

Contemporary reality alleges increasing social marginality and dependency, which is demonstrated by the repeated failure of their political leaders. Latin America is one of the regions most affected by world capitalism and an area of ​​contention in the rearrangement of the global landscape.

Traditional politics, mired in electoralism and provincial pettiness, does not find answers – “more of the same” prevails – and alleges a systemic crisis. Thus, messianic voices are emerging that promise “freedom of the market”, fighting regulatory states for their “inherent” corruption, an issue that takes on special gravity on issues such as global warming, aquifers and strategic natural reserves. Is.

Is there another future? Of course it is! But the warning is powerful: the timing plays dangerously so that the Fallen jumps to a crisis of no return that risks life at the hands of those prophets of the apocalypse. As Marty himself asserts, “There is no racial hatred, because there is no race. Frivolous thinkers (…) thread and reheat bookish races, to hide the “universal identity of man”.

In 2024 the bicentennial of Ayacucho is celebrated. This is an excellent excuse to schedule it and memorialize accordingly. There would be no “World Cup” that year—without the sarcasm—though there would be the Copas America and the “Libertadores”. The “Ciudad Senorial” may have been the eponymous venue for the events and would probably have served as a starting point for gathering football wills and encouraging strategic projects and passions. “It is time for Bravo to Magellan (…) to sow the seeds of the new America!” Martí wrote in 1891, a hundred years before the failed Mercosur was founded. We reaffirm: History does not wait, time is urgent.