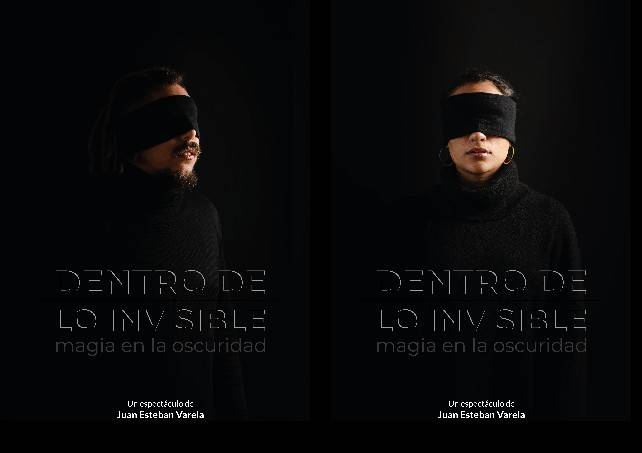 The auditoriums of the Fundación Caja de Burgos in Aranda de Duero and the Cultural Cordon will host on Monday 2 and Tuesday 3 January respectively Dentro de lo Invisible, a show of magic in the dark by Juan Esteban Varela. Aranda has scheduled a screening that will begin at 6:30 pm and two ceremonies to be held in the Burgos capital at 12:30 pm and 6:30 pm.

Chilean Juan Esteban Varela performs an unusual magic show, which takes place in complete darkness and in which all the senses except sight are the path to amazement.

The purpose of Dentro de lo Invisible is that people with vision problems can enjoy the magic, and the rest of the attendees have the opportunity to live the reality of this group, which explores the different textures and feelings of living in the dark . In doing so, viewers would receive a series of elements that, once in the dark, would allow them to experience “magical” situations.

He is also the first Chilean to become a permanent member of the Jornadas Cartomagicas de El Escorial (Madrid), the most prestigious meeting of magical studies in the world.

Tickets, priced at 12 euros, can be purchased through the Foundation’s usual sales channels: online (www.cajadeburgos.com/teleentradas) or at the ticket offices of the Cultural Cordon and the Caja de Burgos Art Center.