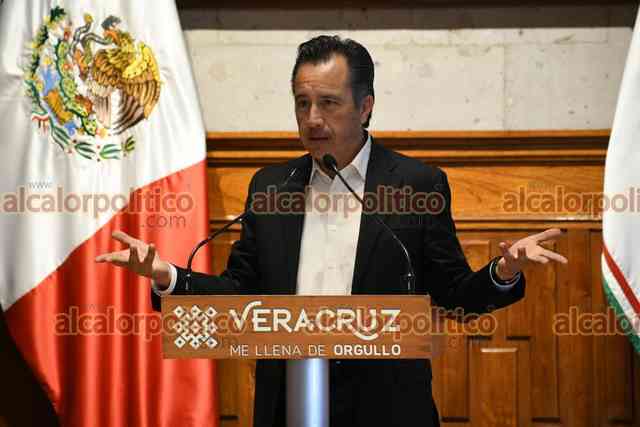 Veracruz Governor Coutalhuac García Jiménez expressed regret that a minor had access to a firearm in the municipality of La Perla and killed his 11-year-old companion after an argument over a game of arcade machines.

“The sad part about this case is that a 10-year-old boy has access to the family’s weapon and fires it against another minor because of an argument between them. You have to act in accordance with the law to see the responsibilities for the weapon as there are undoubtedly responsibilities”.

During a press conference, the state president said that he will have to fix responsibilities for this event to be held over the weekend.

It was Sunday, January 15, when a minor under the age of 11, named Samuel, was murdered by his accomplice after he forced him to play in a store located in the town of El Tejocote, municipality of La Perla. Was beaten

In this regard, García Jiménez said that it is being investigated how the minor had access to the firearm, for which responsibilities must be determined, since, apparently, it belonged to one of his relatives.

The head of the executive said that the campaigns of delivery of weapons that are with the population should be promoted, which have been very successful at the various points where they have been installed.

He recalled that since the beginning of his government this disarmament program has been implemented to supply any equipment of this type found in homes with the aim of avoiding such an unfortunate situation.

At present, investigation has started to trace the whereabouts of the minor, for which the officials have started work.