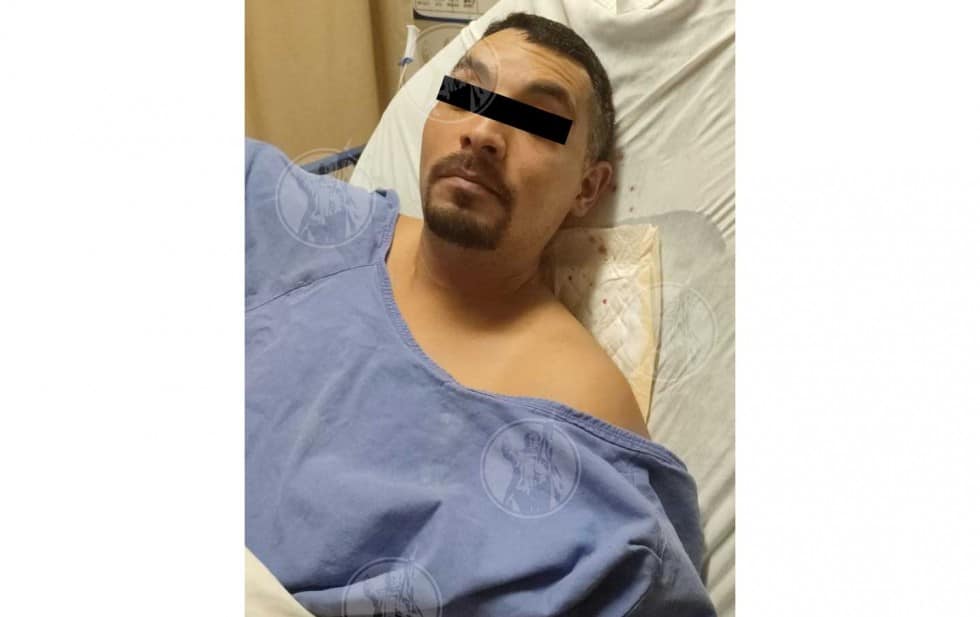 Agents of the Municipal Public Security Secretariat (SSPM) arrested Carlos Ismail Ege for alleged responsibility in the crimes of vehicle theft with violence, attempted murder and violation of the Federal Law on Firearms and Explosives, it was informed through a statement I went.

Municipal police officers carrying out prevention and surveillance functions in the Olmos Tecnológico subdivision responded to a call to emergency number 911, where they reported the theft of a van at the intersection of Tecnológico and Simona Barba avenues, it was announced.

The report states that the victim reported that a man had stolen his 2021 model black GMC Sierra truck while it was in the parking lot of a restaurant.

The corporation said that the officers located the said vehicle at the intersection of Tecnológico Avenue and Sierra Armadillo, which is why they asked the driver to stop, who, ignoring it, fled at full speed.

After a chase, the accused stopped the march at the intersection of María del Carmen and Regina streets, in the Lomas del Rey neighborhood, and fired firearms against the agents, who, seeing their integrity threatened, repelled the aggression, and then 30 The move proceeded to the arrest of Carlos Ismael Ege, who was seized a 9-millimeter firearm that had a magazine with five serviceable cartridges, the statement detailed.

The defendant presented a wound caused by a firearm projectile, for which he was transferred to the General Hospital for medical attention as a detainee.

SSPM said he has a record for federal crimes in 2011, attempted robbery in 2016 and violent vehicle theft in 2017.

After being read their rights, they were produced before the concerned authority for their alleged responsibility in the commission of the above offences.